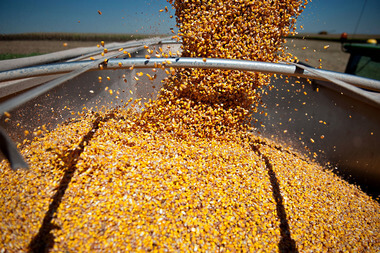 Recent announcements from Syngenta about the GM corn export dispute have me scratching my head. China is sending a clear signal that it does not want to accept imports of a strain of genetically modified corn known as MIR162 (Viptera), which has not yet been approved by China’s farm ministry. True, Syngenta has submitted the paperwork for regulatory approval and the Chinese have been sitting on the application for two years.

Recently, China began rejecting shipments, as this Bloomberg article states, due to finding traces of corn that test positive for Viptera. In a move that seems more political than regulatory, China is sending a somewhat mixed message. Viptera has been on the market since 2011 and by all accounts, the Chinese have previously either accepted it or not tested for it. So you might ask, “Why the sudden change? The Chinese are always playing games with their trading partners and might just use this bit of leverage to purchase corn for a lower price.”

That may be a true, but there is a larger point here. China has not approved Viptera for import. Are we forgetting that? Why are we attempting to send them something they do not want, for whatever reason?

Bunge, one of the largest grain exporters in North America, announced in 2011 it would not purchase corn with the Viptera trait. This caused Syngenta to file a suit in which it effectively sought to force Bunge to accept corn with the trait. Bunge largely won, and it still refuses to purchase Viptera. Since then, Cargill and ADM have joined them, indicating their refusal to purchase any corn containing the Viptera trait that might go into their export channels.

Ok, we get it. China does not want Viptera even though it’s approved by many other countries around the world. Those American companies that are major exporters don’t want to accept it to ensure that it stays out of export channels. It could cause a major economic headache if there is co-mingling.

Enter into the fray a new strain of GM corn: Agrisure Duracade. Briefly, Agrisure Duracade is a unique protein (eCRY3.1Ab) that has a different mode of action. It binds to a different site in the gut of rootworm larvae and effectively controls larvae that may be resistant to current products that are on the market. Sound promising, right? You bet it does. We need this next generation technology. Duracade would add another tool to the toolbox that farmers use to stay ahead of potential insect resistance. However, there is a catch. It’s not approved for export to China or the European Union. Sound familiar?

Here is the problem. If China has an issue with one Syngenta product, do you think officials there are going to willingly accept a second, newer and unique genetic event?

I have a message for Syngenta and the farmers purchasing a product not approved for import to China: Y’all need your heads examined. Do you realize China is one of our largest export customers? Do you also not realize that there are other exporters of corn? You bet your butt there are! Brazil, Argentina, and the Ukrainians are just looking for an opening. In fact, China is purchasing Ukrainian corn right now to replace those rejected cargoes of US corn. As much as I’d like to believe that we farmers can manage this and keep it out of export channels, I have my doubts and here is why.

Remember Starlink—a corn with a protein effective against certain insect larvae? Even typing the word brings a bad taste to my mouth. Starlink was a disaster. The corn was approved by the Environmental Protection Agency for animal feed but not for human food until additional testing was completed. Discovered by Plant Genetic Systems and produced by Aventis, it was predominantly brought to market through the Garst brand of seed corn. Officially it was sold to producers that agreed to only sell it through domestic use channels. Unofficially, the retailers and dealers sold it (wink, wink, nod) with an assurance that it would be approved for human consumption prior to harvest. After unofficial reports that humans who consumed it had developed allergenic reactions, Aventis voluntarily withdrew its registration for the corn.

Starlink was the first such instance of a product that was approved domestically, but not approved by a number of our largest export customers including Japan and South Korea. According to this University of Minnesota Ag Economics report, it is estimated that US corn growers lost 1.4 million metric tons of sales in total to Japan and South Korea as a result of the fiasco. Those two countries instead went to South Africa, Argentina, and Brazil for their corn needs.

We have a similar scenario looking us in the face today. Two trade associations—North American Export Grain Association and the National Grain and Feed Association—asked Syngenta to voluntarily pull any seed containing the Agrisure Viptera and Agrisure Duracade events from the market in 2014 until this issue is fully resolved. They received this response from Syngenta: “To be clear, we will continue to move forward with our 2014 Viptera seeds campaign to give growers more access to this important technology. We will also continue with an introductory launch of Duracade on limited acres in consultation with the National Corn Growers Association.”

The message from Syngenta seems to be: Just put it out there, farmers will buy it! That seems pretty irresponsible to me.  Farmers are asking for the technology but our customers, the grain buyers, are saying, “Not so fast, some of our customers don’t want this.”

As a corn farmer, I will not purchase corn with Duracade or Viptera until they are fully approval for export to China and the EU – our major corn buyers. I’ve encouraged others to think twice before purchasing both Viptera and Duracade to avoid another Starlink fiasco.

If you’ve read my previous posts, you might think I’m a cheerleader for all technology that benefits the producer. Mostly, I am — if it provides an economic benefit without related baggage. This one, in my mind, has the baggage, lots of baggage. The decision to not plant a product un-approved for export is a no-brainer.  Agrisure Duracade has its place. That place is in the future, after full approval by our most important trading partners. It’s an import tool for us to combat insect resistance. We will need it in the future.

As I covered in this recent article in The Genetic Literacy Project, we farmers try to listen to our customers, but are we listening to all our customers?

Syngenta, are you listening?

Dave Walton, a contributing columnist to the GLP, is a full-time farmer in Cedar County, Iowa growing GM and non-GM corn, soybeans, alfalfa and pasture on 500 acres of the world’s most productive soil.