Veggie-lovers, look out for a new vegetable in grocery stores this fall. Developed by Tozer Seeds, a British vegetable breeding company, the new vegetable is a hybrid: a cross between kale and Brussel sprouts, dubbed Kalettes. It has already taken off in the United Kingdom under the name Flower Sprouts. And it is genetically modified.

Thailan Pham, writing for Self magazine, wants to try these Kalettes as soon as possible:

Superfood kale, packed with nutrients and antioxidants combined with fiber-filled Brussels sprouts means our mind is blown and we want it on our plates, asap.

Kimi Harris, a mommy blogger over at Mother Nature Network, says she’ll “be sure to try it.” She reassures readers that they have nothing to be afraid of hybrid vegetables:

Why isn’t there any resistance to this vegetable? Kalettes are a hybrid vegetable and clearly a product of genetic modification. But because the new hybrid was developed using traditional breeding methods, it doesn’t face the same resistance that genetically engineered crops do.

This is where the widespread use of the term “genetically modified” fails. The popular term GMOs, for genetically modified organisms, usually refers specifically to transgenic or cisgenic organisms, in which one or a few genes were transferred from another organism, or turned on or off to help the organism express particular desired genetic traits. The term implies that only these organisms and crops have been genetically modified. However, GMOs should really refer to all domesticated crops since agriculture began 10,000 years ago. Humans have completely changed crops through selecting, crossing and breeding, exposing to chemicals or radiation, and manipulating individual genes. 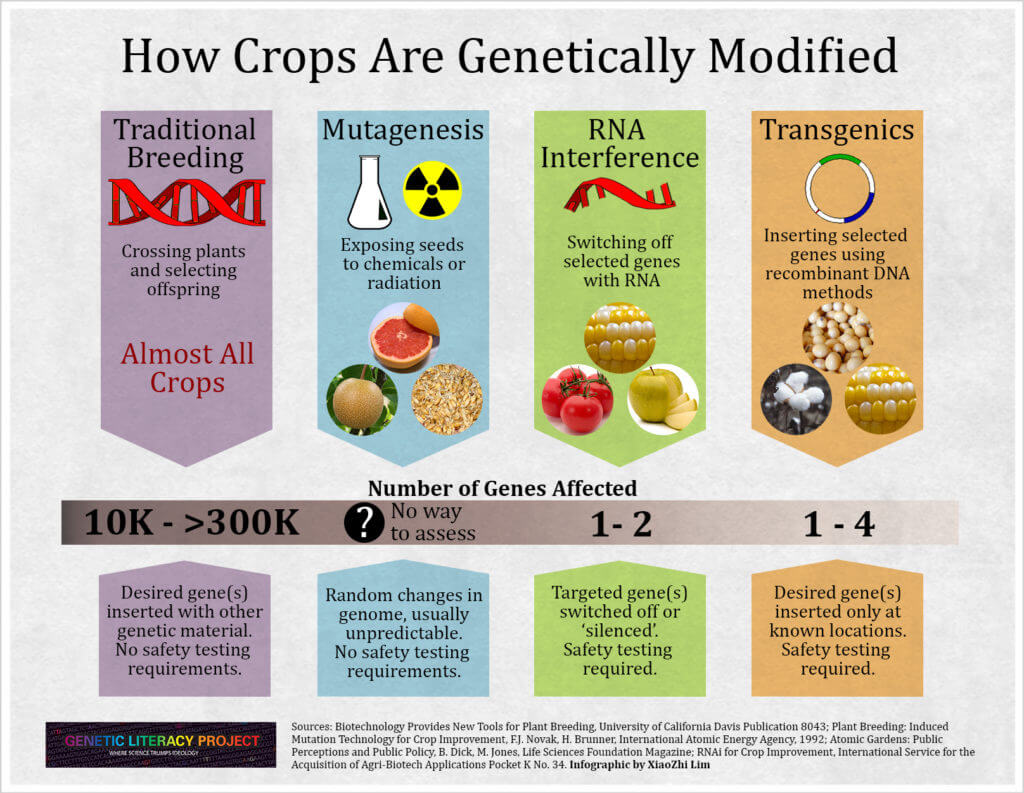 Because of current widespread anti-GMO sentiments, Tozer Seeds has been careful to steer clear and emphasize their use of traditional breeding methods in producing the Kalettes. For example, @Kalettes responds to someone curious about Kalettes on Twitter:

@HarmonyalaCarte Did u know that hybridization is a traditional breeding method that’s been practiced for thousands of years in agriculture?

But traditional breeding methods also involve meticulous genetic manipulation of the result in order to produce something they could sell. Heather Hansman reports in Modern Farmer:

It took Tozer almost 15 years until they felt like they had a marketable product. They tweaked the flavor to tone down the Brussels, worked on varieties that had longer growing seasons and bred in strains that they deemed more attractive. Even now, as it’s being sold, they’re still tweaking the details.

Those “details” are being “tweaked” using modern genetic manipulation methods. Meanwhile, a headline from Chip Chick refers to Kalettes as the “Kale and Brussels sprouts love child.” This might give the impression that two related vegetables can mate and come up with a hybrid “love child” ready to be sold in grocery stores. In reality, it takes a lot of laboratory experimenting (and gene-ius) to come up with a completely new, not-found-in-nature vegetable that farmers will grow, stores will sell and consumers will eat.

Ironically, a century ago, people were afraid and opposed to hybrid crops as ‘violatons of nature’ just as many today are wary of genetically engineered organisms. Pamela Ronald, professor of plant pathology at University of California, Davis, notes in Scientific American Classics that our fears of “plant tinkering technologies” have “persisted over time.” She quotes Maxwell T. Masters, president of the International Conference of Hybridization, from a 1899 Scientific American article included in the Classics issue:

Many worthy people objected to the production of hybrids on the ground that it was an impious interference with the laws of Nature.

So now, we have clearly moved past the fear and objection to hybrids, a big win for agriculture and consumers. When will we do the same for genetically engineered organisms?