Are Ebola drug researchers developing ‘death drugs’ that could wipe out humanity? Yes, by logic of anti-GMOers

It’s perplexing that strident anti-GMO critics who regularly harp on the “danger” of harvesting a “foreign” gene from one species and inserting into another to improve crop performance or nutrition are mostly silent when the exact same process is used to engineer new drugs. The Ebola crisis and the desperate search for viable treatments highlights that oddity.

GM opponents say such a process ‘violates’ Nature–citing a handful of studies (discredited or fabricated) that suggest that humans could develop grotesque diseases by eating GM foods. Illustrated below is the process to make GM Golden Rice, which results from the insertion of two “foreign” genes into the nutritionally bland staple to pack it with beta carotene that will eventually result in Vitamin A–and could save millions of people annually from blindness and death if anti-GMOers are unsuccessful in their efforts to kill the technology. 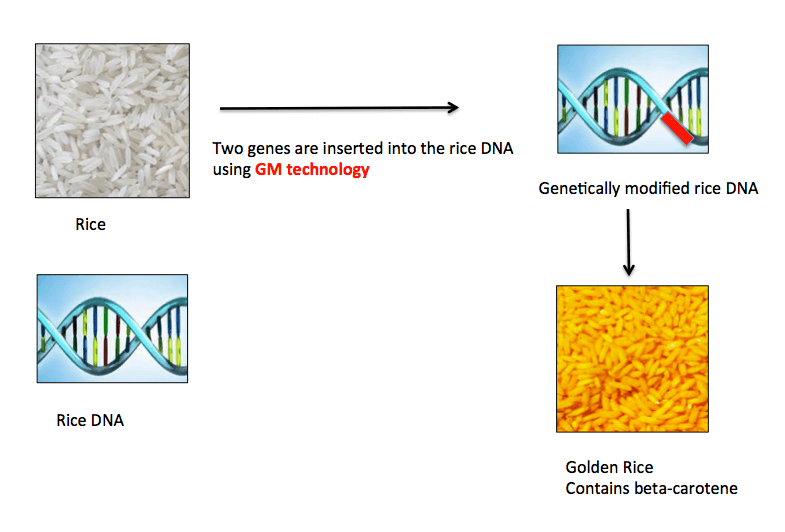 The new drugs being developed to contain Ebola are engineered in much the same way. In this case, mouse antibodies are “humanized” so they are not attacked by the immune system; a gene is then removed and inserted into a tobacco plant, where the new GMO is grown. 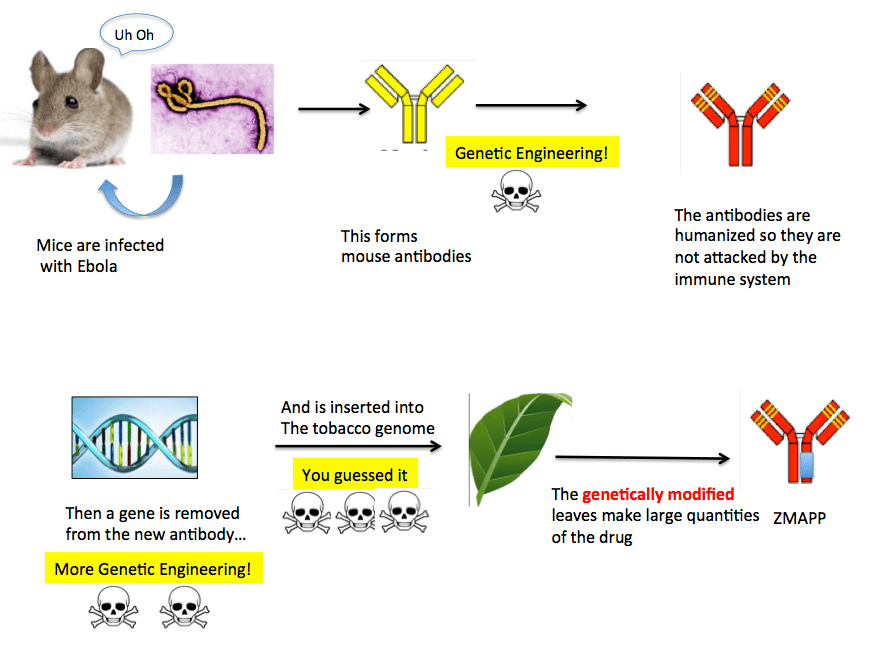 If the process of genetic engineering did indeed pose serious dangers–as many GM opponents claim–the desperately anticipated Ebola GMO treatments would indeed be ‘death drugs’–futurisitc, lab created ways to kill people rather than save them. In fact, the reality is much the opposite.

Will anti-biotechnology crusaders acknowledge the hypocrisy of their conflicting and incompatible positions?

Graphics courtesy of American Council on Science and Health: Hate GM? Better not get Ebola (or diabetes)