Center for Science in the Public Interest: If you eat these 10 things, you are a bad person

Center for Science in the Public Interest is known as a nutritional watchdog interesting in defending public health. But a case can be made that it often acts like a food nanny. If you take a long look at the many food bans that have been proposed, CSPI has endorsed them all, from targeting Happy Meals to using science to make meat safer.

They were on the forefront of lobbying to get trans fats banned, for example. They are in the forefront of banning sodas of one size but not another. Science moved on and it turned out that natural trans fats in meat and dairy might actually be good for people. Two Canadian studies have shown that the natural trans fat vaccenic acid lowers total and LDL and triglyceride levels. That finding did not get any publicity from CSPI.

Now CSPI has a new list of 10 foods no one should be allowed to eat.

Given CSPI’s track record of embracing fads and not ever actually making anyone healthier, it’s probably better to do question what CSPI suggests. The fact is, as any doctor, will tell you, there is nothing wrong with buying some Campbell’s Soup. visiting a Starbucks, maybe even take a Tour of Italy at The Olive Garden. 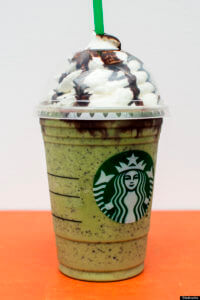 Just don’t do those things every single day. This seems obvious, yet CSPI is always looking to ban the stuff it judges as ‘harmful’– basically, anything with meat or milk–because it believes consumers can’t make those choices themselves, but need a food bodyguard.

In a bygone era, progressives believed in freedom, today it’s often about controlling our choices. Their approach is certainly popular, CSPI is a $20 million a year business.

If CSPI really cared about public health, it would endorse Golden Rice and save the lives of 18 million kids worldwide instead of waffling about how imprecise science is and that we need more regulations on GMOs or processed foods.

I’m not a member of an anti-food group so I don’t want to be all negative and leave you on a down note: There are areas where where CSPI was actually on the side of science and common sense – the ‘chocolate is healthy’ craze and raw milk:

Raw Milk Not Worth The Risk – Study

Chocolate And Cholesterol – At Some Point It’s Okay To Call B.S.

Who Funds The Chocolate Consensus?