In wake of GMO debate defeat, antis throw leaders under the bus?

Within minutes after the routing of anti-GMO scientists Margaret Mellon and Charles Benbrook at Wednesday’s Intelligence Squared debate–the motion in favor of the benefits of genetically modified crops and foods was approved resoundingly by almost 2-to-1–infuriated GM science opponents began trashing their own carefully selected spokespeople on social media.

[Intelligence Squared has posted a video recording of the debate]

GMO Free USA–one of the most anti-science fringe NGOs–posted a scathing infographic on Facebook accusing Mellon and Benbrook of being on Monsanto’s payroll. “MONSANTO EXECUS PAY MELLON AND BENBROOK TO THROW DEBATE!” they screeched. 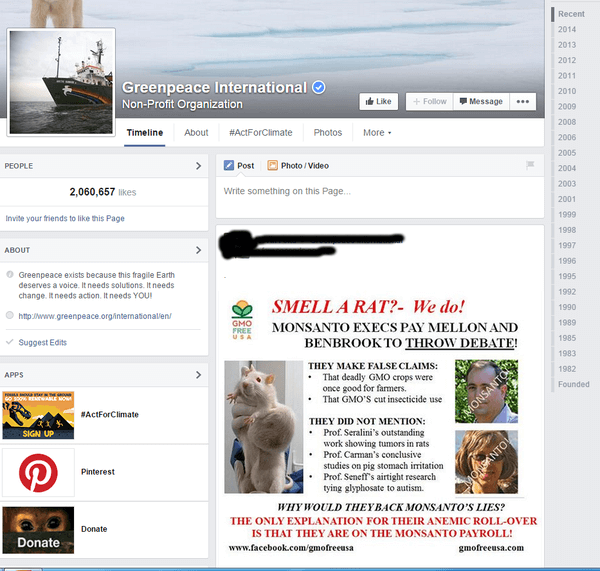 Unable to figure out how science won the debate and the hearts and minds of those who watched, GMO Free USA, in an ugly revelation of its character, turned viciously on its own, writing: “THE ONLY EXPLANATION FOR THEIR ANEMIC ROLL-OVER IS THAT THEY ARE ON THE MONSANTO PAYROLL!”

Related article:  Opposition to GMOs is about corporations, not technology

Hi – I’m the Facebook page admin for Greenpeace International. The image in the blog above is fake. We did not share that post, nor did we remove it later on. I hope you can correct this article. Thank you, Juliette