Scott Hamilton Kennedy, a multi-talented producer and director of the Academy Award nominated The Garden, a documentary that featured the inspiring story of how a community garden arose out of the ashes of the Los Angeles riots, is at work on examining the plight of the poor and disenfranchised. But this time his focus is in Africa.

Working with Trace Sheehan of the Grace and Mercy documentary that recounts the relief and recovery efforts in Haiti after the 2010 earthquake, Kennedy is shooting Food Evolution, which looks at food challenges over the next 35 years and how what we eat may be transformed by science and nature. It too stresses the themes of liberty, justice and fairness for the vulnerable and how the poor can mobilize and organize in response to a state of helplessness and hopelessness. 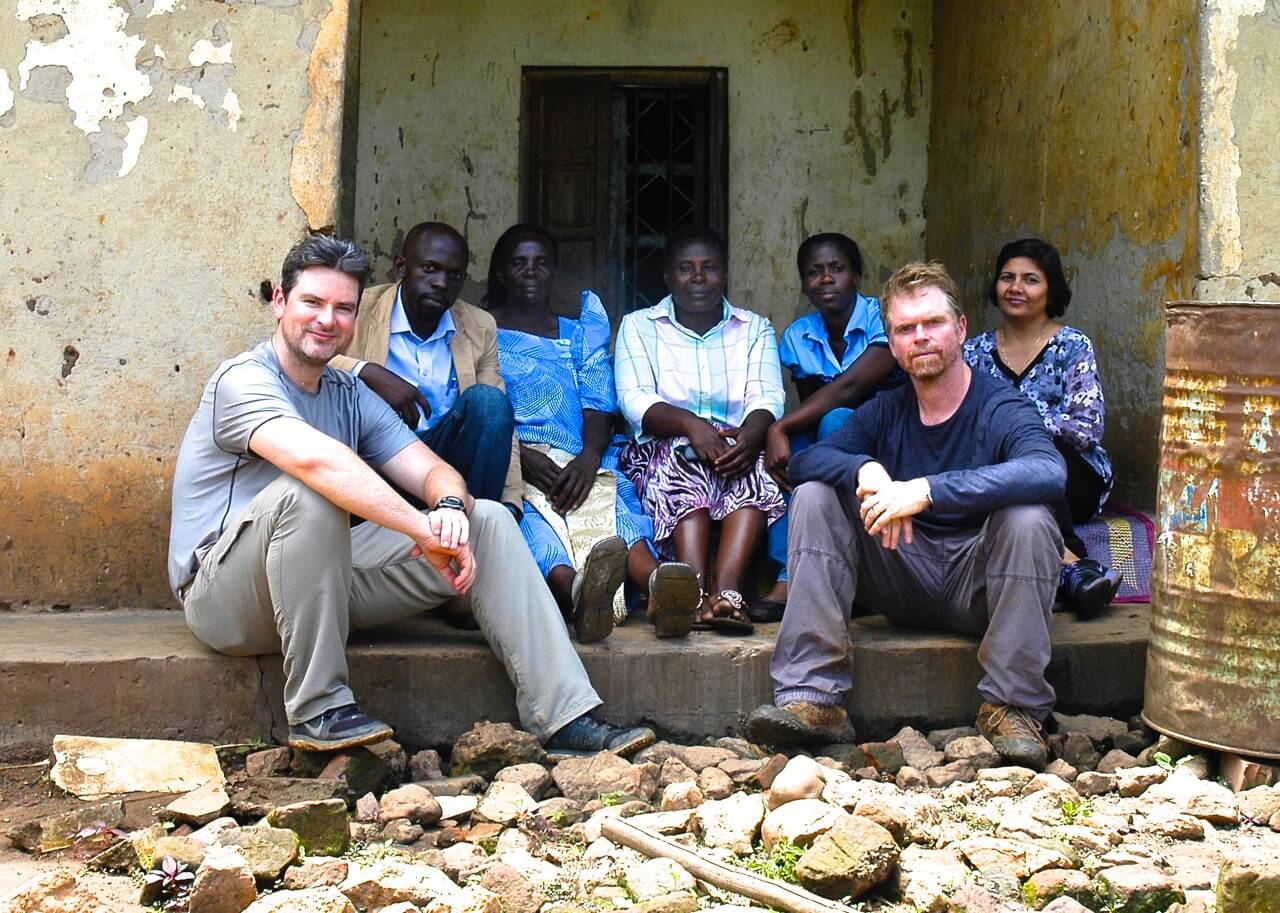 During the filming, the duo witnessed how merciless the banana bacterial wilt is to African farmers and their families who are now relying on God’s Grace to find solutions. Farmers have been told to uproot and burn diseased plants which they did. They were also told to cut the male buds, and instructed to always sterilize the farm implements. They complied but the disease still persisted and the burden to manage it became too heavy for them to bear. Yet barely 30 kilometers away were fields of transgenic bananas under cultivation in field trails by scientists that are 100% resistant to the wilt. These farmers did not even know the GMO bananas even existed. When told about them, they eagerly went to see the healthy bananas, and they immediately said they wanted this variety.

But they couldn’t have them. The scientists told them they could not because they had not yet been approved, even though all the safety testing had been done. Because the solution is transgenic, the anti-GMO activists did they best to ensure the bananas would not make their way to desperate farmers.

Farmers like the ones Scott and Trace visited are losing the battle with banana bacteria wilt. They work throughout the day trying to manage the disease and they’ve been told there is no known solution, and yet in less than an hour’s ride there is a solution. It’s maddening to them. Rather than just using the technology, they see healthy GM banana plants guarded and locked all the time. The guards watch from outside. These farmers cannot access these banana because they were bred using a gene from sweet pepper, a pepper they use daily to spice their sauce–and activists call that a ‘dangerous’ Frankenfood.

Food in 2050-Fiction or reality

Food Evolution, produced in conjunction with the nonprofit, Institute of Food Technologists (IFT), aims to explore the global food security and sustainability issues that lie ahead, specifically, feeding 9+ billion people by 2050 and the interconnected challenges of population growth, limited environmental resources, inequality, shifting diets, climate change and health and nutrition. Populations are increasing at a faster rate than food production, people are becoming more affluent and demanding more calories and people are leaving longer, which puts an additional strain on limited food supplies.

Currently, Africa’s major staples like cassava and banana are being attacked by virulent crop diseases that if not brought under control could lead to the abandonment of these beloved staples. Conventional crop breeders have not been able to come up with resistant varieties. The only viable solution appears to lie in tweaking the genes to inoculate these crops against deadly viruses.

In the case of the banana, the wilt resistance trait was sourced from sweet pepper. It offers 100% resistance to the Xanthomonas bacteria that is devastating farmers’ fields. In case of cassava, scientists have used a RNA interference approach known as gene silencing to stop the virus from expressing itself. But tweaking the genes can do more than just prevent diseases. Nutritionists  believe that Africa’s reliance on these staples, which are generally low in important micro-nutrients like beta-carotene and iron, masks hunger, creating what they call “hidden hunger”. There are therefore efforts to bio-fortify these staples using both conventional and genetic engineering approaches.

In 2050, there is a possibility that countries like Uganda that are experiencing the full wrath of these crops’ diseases may see their banana and cassava crops destroyed forever–assuming nothing is done to address the diseases. Another possibility is that, if genetically engineered products are accepted, most cassava and banana varieties will be transgenic–and healthy–by 2050. There is a third possibility, scientists say. Diseased resistant transgenic crops may be introduced that will break the disease cycle and there will be a mix of genetically engineered and traditional bananas and cassava.

Despite the promising solutions to the disease scourge offered by biotech scientists, outside activists who claim to represent the interests of these very same farmers are doing everything they can to sabotage the introduction of these disease preventing varieties. Most tragically, these activists are offering no alternative solutions for farmers. The African farmers that the anti-GMO groups claim to speak for are only interested in solutions; they are not ideological and do not care whether the solution comes through genetic engineering or conventional breeding.

There plight of the poor and the farmers in Africa mirrors what Kennedy portrayed in his documentary filmed in South Central Los Angeles. In that case, the Los Angeles City council told the urban farmers that their garden was wonderful, but this is a city after all and they could not save the garden from developers and others who wanted to destroy what they had grown.

The African garden is also wonderful with beautiful bananas wilting away under the pressure from banana bacterial wilt. They keep the garden, weed it and mulch it to keep water from evaporating recklessly and yet they end up with low yields and sometimes even no yield. The solution is transgenic. The moviemakers wondered loudly as to why the European activists opt for rehearsed communications strategies designed to kill this technology while farmers see their reliable source of food wilt and rot away and know that a solution is fenced off just few kilometers afar, but fully out of their reach.

Will we see African farmers stand up to oppose the activists who are preaching ‘no’ to GMO and yet offering no solutions? These are questions that puzzled Scott and I hope he gets to witness such scenarios unfold.

Is there a non transgenic solution?

Crop breeders normally address the issue of diseases by crossing a susceptible variety with available resistant variety with the resultant crop acquiring resistance. This time round, scientists searched, researched and looked into all the available global species of bananas both domesticated and wild and not a single one of them showed resistance to this devastating bacteria. They could have given up, saying, “…there is nothing more we can do.” But scientists did something, they found the resistant properties they have been looking for in sweet pepper. Without a solution, more than 20 million Ugandans could lose their food and income. The only known way currently possible to transfer resistance between non species is through the process of genetic engineering which they have done and done successfully.

Will science prevail over ideology and fanaticism? In Africa, crop improvements that will help protect crop yields from diseases could go a long way to ensuring Africa feeds its growing population and activists who block solutions without providing alternative ways to address problems are an impediment to the global effort to feed the growing hordes of the hungry.

Isaac Ongu is an agriculturist, science writer and an advocate on science based interventions in solving agricultural challenges in developing countries. Follow Isaac on twitter @onguisaac.