There was a time, not so long ago, when the American organic movement actually stood for something.

I grew up on an organic grain farm and worked from 1998 to 2003 as a USDA organic inspector. Organic farmers were still in control during this time, and were nearly unanimous in supporting the development of no-till (or min-till) methods that don’t rely on synthetic herbicides, which are banned in organic production. Sadly, the effort failed, thanks entirely to the rise of a new, rabidly anti-GMO, urban organic leadership.

Natural substances were experimented with to replace Monsanto’s herbicide Roundup, but all proved ineffective, leaving the roots of weeds to regenerate, or proving more toxic than Roundup, turning an organic field into a moonscape devoid of beneficial insects and microorganisms.

Not a single peer-reviewed article was written admitting to the failure. Organic farmers have been forced to till their land as their grandparents did to kill weeds ever since, a practice that requires at least ten-times more fossil fuel per-acre than spraying. And this created market pressure for retailers to shift to dubious imported certified-organic food as fewer American farmers could justify the astronomical fuel cost of converting to organic.

Rather than listen to the concerns of domestic farmers, urban activists who had never worked a day on a farm simply redoubled their attack against the single most-promising innovation in farming since the discovery of the ammonia-synthesis process in 1917: genetically-modified organisms. GMOs not only facilitate no-till farming, but have also allowed almost all American farmers growing corn, soybean and cotton to quit pulverizing their soil.

These GM critics have abused the tax code to scare people into believing there are too many unknowns when it comes to growing and consuming GMO crops, never providing any evidence, just one-off scare studies that are either poorly executed or whose findings are not replicated. Moreover, they have never once been taken to task for the fact that non-GMO, government-approved certified-organic food often does not even come from American fields. 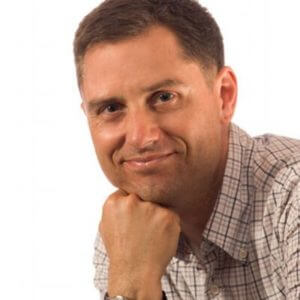 So that’s when I left the organic movement. By 2003, just one year after President Bush signed President Clinton’s National Organic Program (NOP) into law, the organic movement no longer bore much resemblance to what it once stood for so proudly for almost a century. Nutrition and purity were sacrificed and replaced with an irrational, religious opposition to GMOs, even though GMO crops offer precisely what the organic movement once claimed to provide.

It was bad enough when Washington approved lax standards for the fledgling “organic” industry. By downplaying field testing during the Clinton Administration, organic supporters could make whatever outlandish marketing claims they wanted to promote organics and draw unfavorable comparisons with conventional agriculture, and GMOs in particular. A billion-dollar industry based on part on twisting the science was launched.

Things then went from bad to worse during the Bush years when enforcement of the watered-down field-testing clause of the USDA NOP was ignored altogether, not by Bush as organic supporters claim, but by the industry itself, thereby guaranteeing a complete lack of oversight by federal regulators. The USDA NOP henceforth became the sine qua non of the anti-GMO movement.

The organic industry is now bigger than Major League Baseball, based in part on cheap imports from countries like China, where standards and enforcement are even lower than in the US, and paranoia. Instead of serving as a positive standard for alternative food-production, the NOP is now a negative force being used to bludgeon innovation. And yet, American farm and commodity groups, alongside most GM seed corporations, actually support the organic movement, pretending it’s just fine to deride genetically-engineered crops even though they provide ecological benefits, such as cutting down on fossil fuel and pesticide usage while preserving our precious topsoil.

Meanwhile, since organic crops are not tested under the Clinton-Bush USDA NOP, a whopping 43 percent of certified-organic food now contains synthetic pesticide residue. Why pay homage to that? Are the leaders of science-based farming in America really that desperate to want to be part of the “in” crowd?

And finally, the coup de grâce for GMO farming in America: Republican Rep. Mike Pompeo’s GMO labelling bill (H.R. 1599). With bipartisan support, this law will allow the Secretary of Agriculture, a political appointee, to use his or her discretion to establish a threshold limit of just 0.9% for GMOs in organic food, a completely arbitrary number arrived at through negotiations with our European trading partners, not through science. Currently there is no threshold; cross pollination is only considered an issue if the presence of non organic crops was the result of intentional mixing. Pompeo’s bill, if it’s passed with this regulation intact, would make it possible for organic farmers or activist groups to sue conventional farmers directly if even a tiny amount of GMO pollen drifts over a fence line. Never mind that GMOs have never caused a single illness anywhere, even in Europe where millions of tons of American GMO feed are imported every year.

President Clinton tried to get organic stakeholders to accept GMO crops on a case-by-case basis. Thousands of honest, hardworking American organic farmers remain open to growing GMO crops, appreciating the fact that the first independently successful GMO crop — i.e. papaya — requires no pesticides and would, like the majority of GMO crops on the drawing board right now, be grown under organic management.

But urban organic activists have turned the American organic community into a full-fledged anti-GMO movement, whether farmers like it or not, all based on the failure to develop a viable organic version of no-till farming to compete with GMO no-till farming.

Mischa Popoff is a former organic farmer and Advanced Organic Farm and Process Inspector who worked on contract under the USDA’s National Organic Program. He is the author of Is it Organic? Follow him @MischaPopoff