GLP Editor’s Note: As reporter Keith Kloor noted in his recent Nature story on the targeting of biotech professors and science advocates, U.S. Right to Know has issued yet a new Freedom of Information Act demand to Washington State University for the email records of human nutrition scientist Michelle McGuire. The FOIA has resulted in 12,000 documents (not pages) needing to now be reviewed by university lawyers and McGuire.

An expert in human milk and lactation research, McGuire publicly discussed her yet unpublished findings that glyphosate, the target of anti-GMO groups who claim it is dangerously toxic, does not show up in mother’s milk – or at least is below the detection limit of a newly-developed very sensitive assay protocol. The source of the original claim is a non-peer-reviewed “study” organized and overseen by the virulently anti-GMO advocacy group Moms Across American in cooperation with Sustainable Pulse, a European-based anti-GMO website led by Henry Rowlands, who acts as a web front for websites promoting Gilles-Éric Séralini, Judy Carman and other activist scientists.

MAMs paid to have 10 women’s breast milk tested for glyphosate, the United States’ most widely used weed-killer. According to MAM founder and director Zen Honeycutt, the testing was not intended to be a scientific study, but rather a small, pilot effort undertaken in hopes of prompting further research. Nonetheless, results from the non-scientific “study” has been ballyhooed across the web by biotech opponents and even picked up by some reporters in the mainstream press, such as Carey Gillam at Reuters, who works closely with anti-GMO activists in disseminating fringe science.

“This is a poison and it’s in our food. And now they’ve found it in breast milk,” Gillam quoted Honeycutt as saying. “Numerous studies show serious harm to mammals. We want this toxic treadmill of chemical cocktails in our food to stop.” Gilliam included no quotes from mainstream scientists, writing only, “Monsanto and other chemical makers say glyphosate has been extensively studied and has a long track record of safe and effective use.” In fact, the safety claims for Monsanto have been made by every major regulatory agency in the world, including in Europe, Asia and North America, and including the US Environmental  Protection Agency, which rates the herbicide as a Category E chemical: “evidence of non-carcinogenicity for humans.” 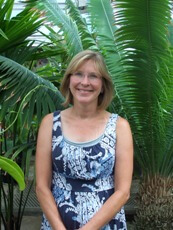 Further research on the specific glyphosate-breast milk claim is now coming out, and the science does not sit well with GMO opponents. In July, speaking at a conference, Washington State University associate professor Michelle McGuire, revealed the primary results of her study which she and her coauthors are preparing for submission to a peer-reviewed journal. In a nutshell, McGuire and her colleagues at the University of Idaho a newly collected set of human milk analyzed twice, once in the Monsanto Company laboratories and once by Covance Laboratories, Inc.: neither laboratory found detectable levels of glyphosate in any of the 41 women’s milk samples collected. McGuire and her colleagues concluded, “Our study provides strong evidence that glyphosate is not in human milk. It appears that Moms Across America flat out got it wrong.”

Anti-GMO websites went into immediate damage control and attack mode, led by SustainablePulse and Moms Against America, claiming, surprise!, that McGuire was a paid flunky of Monsanto. Within days, USTRK issued a FOIA targeting McGuire, which made its way into the Nature story. McGuire is now one of more than 40 scientists and science literacy professionals, including the GLP’s Jon Entine, who have been targeted and are beleaguered by the ongoing onslaught of ad hominem attacks.

Some people who commented on the Nature story site attacked the WSU professor’s integrity. McGuire responded to the attacks and further clarified her research and her relationship with Monsanto. With the professor’s agreement, McGuire’s post is reproduced in its entirety here:

Thank you all for your interest in our study and my current predicament. Let me try to clarify things a bit. Yes, we did work with Monsanto on our project. But in fact, we reached out to them when we first became interested in whether glyphosate was really in human milk; after all, they are the experts in terms of analytical methods in this regard.

Thank you all for your interest in our study and my current predicament. Let me try to clarify things a bit. Yes, we did work with Monsanto on our project. But in fact, we reached out to them when we first became interested in whether glyphosate was really in human milk; after all, they are the experts in terms of analytical methods in this regard.

It turned out that they hadn’t ever analyzed human milk for glyphosate and AMPA – so this was a great opportunity to combine our expertise (human milk composition) with their strengths (glyphosate chemistry). I was impressed from the start at how professional and truly caring all of the folks at Monsanto were (seriously, they’re good people). They honestly wanted to know if glyphosate was in human milk!

The folks we worked with at Monsanto were always courteous, thoughtful, and very interested in doing the study right. To help manage potential conflicts of interest, the human milk samples we collected were analyzed both in the Monsanto laboratories (where their chemists had just spent months validating and optimizing very sensitive and specific GC/MS-MS methods for detecting and quantifying glyphosate and AMPA in human milk) and then INDEPENDENTLY in Covance Laboratories, Inc. (Madison, WI). Neither group could detect glyphosate or AMPA in a single sample.

As is commonly done in academic science, we presented our findings at a FASEB Summer Research Conference a couple of weeks ago in Big Sky, Montana. And although I had expected significant interest in our findings, I was not prepared for the mud-slinging that began almost immediately after our presentation. Indeed, I was pretty naïve to this entire, horrible world that I have now stepped into, and I’m pretty sure that this is what Keith Kloor was trying to convey when he said “McGuire is not sure why the group is seeking her records.”

From what I have learned over the past couple of weeks, I am now not at all surprised that the US Right to Know group has “FOIAed” my correspondences with Monsanto and a laundry list of companies and nonprofits. USRTK is clearly on a witch hunt to find anything that they might be able to spin/twist/embellish to suggest that I am an unethical researcher. I can also tell you that I have been really, really disheartened by the personal attacks from groups like Moms Across America (who disseminated the first “report” of glyphosate in human milk via the internet). I had hoped that they would be interested in why we got different results. But after allowing me to have a very civil and educational discourse with its readership for about 24 hours – Moms Across America blocked me from their Facebook page and then deleted all of the clarifications that I posted.

Unfortunately, the curators of the Moms Across America page along with those of the Sustainable Pulse page (by the way, Sustainable Pulse funded the Moms Across America glyphosate study) have attacked my credibility and integrity in ways that I wouldn’t have imagined when I set out a year or so ago to replicate their glyphosate/breastmilk study. They appear to not want a serious discussion as to why our results might be different (e.g., different populations, milk collection/storage conditions, very different analytical methods, etc.). They are not interested in rigorously-conducted science; all they appear to want to do is discredit me.

In the meantime, I am working with my collaborators at University of Idaho and Monsanto Company to submit our methods and clinical papers for peer-review. I have encouraged Moms Across America and Sustainable Pulse to do the same, but their response is always something like “Ours wasn’t a scientific study.”

You can’t have it both ways folks. Please understand that…at least for the VAST majority of hard-working scientists trying to do our jobs in academia…the source of funding has never and will never impact the results we find and the conclusions we make. Suggesting otherwise is extremely uninformed and very damaging.

Michelle McGuire received her BS in biology from the University of Illinois (1986), an MS in nutritional sciences from the University of Illinois (1988), and a PhD in human nutrition from Cornell University (1994). Her research focuses primarily on understanding better how maternal dietary intake and nutritional status influence breast health, milk composition, and duration of postpartum amenorrhea. Follow her on Twitter @McGuireSmcguire