Donald Trump is now the poster child for scientific ignorance. His campaign is still reeling from his anecdotal explanation for why many children get autism.

We had so many instances, people that work for me, just the other day, 2 years old, a beautiful child, went to have the vaccine and came back and a week later got a tremendous fever, got very, very sick, now is autistic.

Unfortunately for science, and reflecting poorly on his medical training and advice, physician Ben Carson followed Trump’s comment with his own irresponsible opinion,

“We have extremely well-documented proof that there is no autism associated with vaccinations, but it is true that we’re giving way too many in way too short a time and a lot of pediatricians recognize that,”

The last part of Carson’s statement is totally false. The American Academy of Pediatrics has had a blistering reaction to this, including saying that these comments were “dangerous to public health.” This was followed up by a statement from AAP Executive Director Dr. Karen Remley, “There is no ‘alternative’ immunization schedule. Delaying vaccines only leaves a child at risk of disease for a longer period of time; it does not make vaccinating safer.”

These comments are still the ripples in the pond from the stone thrown by researcher Andrew Wakefield in 1998. Wakefield and 12 of his colleagues published a sensational paper speculating a link between a standard measles, mumps and rubella vaccine to autism. That launched a global hysteria, hyped up Jenny McCarthy, Robert F. Kennedy, Jr. and other celebrities who campaigned for parents to stop vaccinating their children. It created an international public health crisis, with sharp drops in MMR vaccinations and outbreaks of the disease.

The Lancet, who published the paper, eventually retracted it after it uncovered discrepancies in the data and evidence that Wakefield was on the pay over ambulance chasing attorneys pursuing lawsuits against vaccine companies. 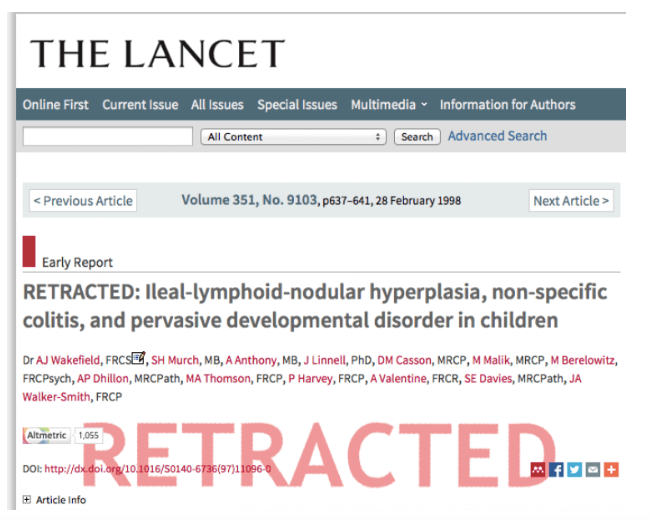 I don’t think at this point that there were any educated readers who still believe that childhood vaccines, and the MMR vaccine (immunization vaccine against measles, mumps, and rubella) in particular, are the cause of autism or other pediatric harm, but apparently I was wrong.

“I strongly disagree with Donald Trump’s assessment that vaccines are a trigger for autism in some children,” Mark Schleiss, Professor of Paediatrics and Director of Division of Infectious disease and Immunology, University of Minnesota, told the Genetic Expert News Service. “This statement is dangerous; patently false; has been proven inaccurate; and put children and society at risk for outbreaks of vaccine-preventable illness. I believe Trump should apologize for his remarks and retract these statements immediately.”

GENeS, an independent resource launched with seed funding from the Genetic Literacy Project, has posted a collection of responses by some of the top experts in the field. Trump’s ignorant comments to suggest that it would be helpful to revisit what we know about this terrible disease and how the vaccine works.

A little knowledge is a dangerous thing

First, vaccines (generally speaking) work by “herd immunity”. They only have broad and deep effect if the overwhelming majority of a population is vaccinated. 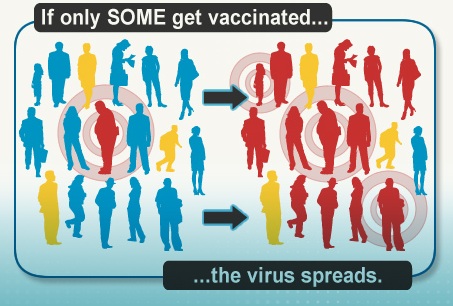 An example of this, using a ‘95/5’ model is that since vaccines are about 95% (really greater in many cases) effective, being vaccinated isn’t a panacea against that particular disease. This would leave you open to one chance in 20 of being under-protected. However, in a society where 95% (or greater) of the population are immunized, the herd immunity begins to become manifest. This means there aren’t any robust paths (vectors) through the population for the disease to propagate. In this way, being un-immunized in a highly-immunized city, your chances of contracting a particular disease is lower than if you are individually immunized in a highly un-immunized city.

This theory takes much of its logic from population statistics and the excellent work of Paul Offit, M.D., director of the Vaccine Education Center at The Children’s Hospital of Philadelphia. Herd immunity has become more-and-more of a discussion topic as some under-vaccinated groups have caused problems in their communities by reigniting diseases not often seen in decades (see here and here). I’ve spoken about herd immunity on Doctor Radio (Sirius XM) along with others, and the number of requests for further information regarding ‘herd immunity’ has increased considerably over the past two years. 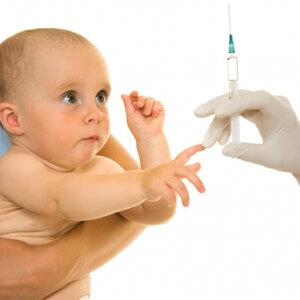 Last October, evidence was published in JAMA Pediatrics showing the negative effects of delaying the MMR vaccine in children, as Trump has suggested doing. Specifically, the risk of fever and seizures in children who received the vaccine at 12 – 16 months was lower than in children who received it between 16 – 23 months. The principal reason cited most often by parents who decide to delay these sequential vaccinations is ‘to build-up stronger immune systems’ before being exposed. The reason we have science in the first place is to usurp anecdote and opinion. Clearly, all of the available empirical evidence shows that this delaying isn’t helping; and in fact, may be harming.

Hippocrates’ famous oath (which incidentally was likely never recited by him) includes primum non nocere: First, do no harm. Of course, I won’t try to explain that vaccines are risk-free – nothing is, but in the context of healthcare best-practices and evidence-based medicine, primum non nocere really takes on a form more like: “A treatment should be offered to a patient if its benefit is likely to exceed the risk. 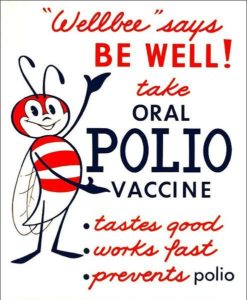 ” Vaccines have been the singular healthcare treatment which has prevented more deaths and more disease than any other intervention ever put into practice in the history of humanity.

Further research on 323,247 children just published in Pediatrics shows that delaying pediatric vaccinations (MMR or MMRV) doubles the relative risk of seizures. In the interest of explaining the full story, the risk is already very low (about three to four cases per 10,000 children vaccinated); so doubling this risk rate makes the ‘delayed’ group suffer about seven to nine cases per 10,000 children vaccinated. But it’s a difference that an additional 1,200-1,500 children per year shouldn’t need to suffer.

The increased risk, the researchers noted, “is likely due to a complex interplay between the immunogenicity of the vaccines, the genetic and physiologic susceptibility of the child, and the age-based maturation of the child’s immune system; as the immune system matures in the second year of life it also becomes capable of greater febrile response to immune stimulants, such as vaccines.” So the vaccines and adjuvants are doing exactly what they are designed to do: stimulate an immune response to (a) specific pathogen(s). But increased febrile (fever) effects or increased seizures are in themselves unwanted effects that can cause problems.

Those parents are participating in what I call a “live” ‘delayed-choice’ experiment in the population, where their opinion and anecdote is actually negatively impacting real children daily. Remember: Not only are there negative effects demonstrated in the above study from the interplay of the vaccine itself with the immune system and other genetic factors, but the delayed-choice experiment also leaves the children unprotected for longer against these pathogens for which the vaccines are intended to prevent infection by. In addition, the best available data that we have regarding longitudinal (testing over time) assessment of neuropsychological function in 7-10 year olds indicates that even down the road, children perform the same or better (hint: not worse) if they have received on-time pediatric vaccinations rather than delayed-receipt vaccinations.

So the genetic basis for herd immunity and differential effects of vaccines (and delayed-choice adverse effects) is likely real and supported by the researchers. We don’t know how we’ll individually respond (if at all) to any administered drug treatment or vaccine, but we do know that population-wide immunity has given us all the health and security that we have to pursue the current development of society.

This is the reason that the American Academy of Pediatrics endorses CDC’s childhood vaccination schedule: It is the one most-supported by evidence, and any deviation from it is not supported by data. The GMO debate that continues to rage–as well as that of so-called ‘natural’ cures, holistic medicine, etc.–is the same as the paradigm of the delayed-choice experiment: As food supplies become more robust and healthful as a result of GMO practices and better applications of scientific knowledge (such as better temperature integrity, frost resistance, pest resistance, shipping integrity, etc.) so too have we become more knowledgeable in our healthcare treatments such that terrible diseases become long-forgotten footnotes in history books. Consumers don’t need to worry about ‘really’ important problems so they become enraptured with fake concerns, such as GMOs and vaccines. These phrases and movements become fashion, not viable alternatives to good healthcare.

Ben Locwin, PhD, MBA, MS is a Contributor to the Genetic Literacy Project and is an author of a wide variety of scientific articles for books and magazines. He has also spoken widely on vaccines and adjuvants, and is a researcher and consultant for a variety of industries including behavioral and psychological, food and nutrition, pharmaceutical, and academic. Follow him at @BenLocwin.