Imagine being diagnosed with glioblastoma(GBM) — a form of brain tumor so deadly that between about 1 to 5 percent of patients survive five years. It’s proven tremendously difficult to treat evident by the fact that the median survival rate is about 15 months. How they develop is still being debated, but most research seems to indicate that the origin of GBM is principally genetic in nature. Because of its lethality, glioblastomas were the first brain tumors to be genetically sequenced by The Cancer Genome Atlas.

Drug treatments and surgery for any cancer carry risks, and deciding which treatment option involves a patient and their physician balancing the risk versus the benefit of each treatment. But neurosurgery in particular carries even greater risk, relatively speaking, because it is extraordinarily imprecise — surgeons often take out un-diseased neural tissue in great quantities along with the diseased tissue. Precise chemical treatments which can deliver payloads of chemotherapy directly to cancerous cells offers some of the best chances for positive outcomes as it promises to destroy diseased tissue while leaving the healthy tissue unaffected. Unfortunately, for these types of treatments — which have become tremendously effective in recent years due to monoclonal antibody treatments and antibody-drug conjugates — to be effective, they must get past the blood-brain barrier. And most can’t.

The blood-brain barrier is made from brain capillary endothelial cells that keep the circulating blood from the body and the brain’s extracellular fluids separate. Its function as a selective barrier that allows the nutrients (e.g. glucose, oxygen) needed by the brain to enter the central nervous system while keeping out potentially toxic substances.

Ultimately, it’s a powerful evolutionary adaptation to keep brain tissue isolated from certain pathogens and molecules that would have led to rapid and irreversible death. Unfortunately, it also means that all the large complex molecules that treat tumors are also rejected by the blood-brain barrier, and 98% of small molecule treatments are blocked as well. This makes it a difficult hurdle to surmount when developing effective brain tumor treatments.

Some treatments being investigated are a combination of antibodies, chemotherapeutic drugs, and nanotechnology. Finding the right combination of the tools at our disposal will lead to a balance of patient safety, efficacious outcomes, and affordability.

Scientists in Paris implanted ultrasound transmitters into the brains of individuals with a glioblastoma. Incredibly small bubbles (called ‘microbubbles’) were then injected into the patients that migrate against the nearly -impenetrable blood-brain barrier. The ultrasonic emitters would then activate, causing ultrasonic (~200,000 cycles per second, 200 kHz) oscillations of the bubbles. This rapid motion of the microbubbles spread apart the cells of the blood-brain barrier, which then allowed the chemotherapeutic molecules to pass, stick to the tumor cells, and begin to degrade the glioblastoma.

Related article:  'Cancer lab' on a chip could move diagnosis into our homes 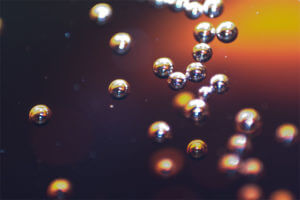 This increased permeability of the blood-brain barrier only appeared to last about 2 minutes, before the cells refracted back to their normal state, protecting the brain once more. This is far more precise than any other invasive method that has preceded it – surgical means destroy the barrier, and other permeability-enhancing treatments work over greater areas of the brain – leaving more (or most) of it unprotected. The ultrasonic screwdriver technology, as it’s called, only affects an area of a few centimeters, with the rest of the blood-brain barrier untouched.

An alternative method, using the same theoretical underpinnings, is being trialed in Toronto. Instead of patient’s having surgery to implant ultrasonic transmitters, the scientists are using a cap that will fit over the patient’s head with ultrasonic transducers. This will eliminate the need for the implantation, but will still use microbubbles and chemotherapy (doxorubicin – antineoplasitc in this case) adjunct. Ten subjects were enrolled for the initial trial.

One area of concern about this type of therapy has been the potential for stroke with the injection of the microbubbles. According to the protocol design and the setup of the equipment, these bubbles are on the micrometer-scale and would rapidly absorb into the body, and thus should not have the potential for causing stroke. Of course, that seems to be how it should work — as more patients receive this therapy, adverse events such as stroke will be monitored to see if in fact it does present no great risk in actuality.

Using focused ultrasound to non-invasively allow therapeutic molecules to reach the brain is the beginning of a new future of neuromedicine: gene therapies (using nanoparticles loaded with DNA, viral vectors) and antibodies, including a range of small molecules can be used to investigate new treatments for Alzheimer’s disease, Parkinson’s disease, psychiatric illnesses, and other disease states.