Beyond microcephaly: Can Zika virus cause auto-immune disorder Guillain-Barré syndrome?

There’s been no shortage of coverage of the Zika virus, not to mention its potential link with microcephaly. As its spread progresses, and regions around the globe are preparing (or dealing with) the public health challenge. A quick primer: Zika virus is a type of flavivirus, and its vector to humans is via mosquitoes. Something that is emergent with regard to public health surveillance that will be getting more traction in the media is that it seems that Zika virus also is associated with an increased rate of Guillain-Barré syndrome.

Guillain-Barré syndrome (GBS) is quite rare, and the precipitating factors are not well-known. It tends to follow infectious illnesses (like the bacteria Campylobacter jejuni which causes GI distress), and the resultant immune response, which begins to deteriorate nerve cell myelin—the insulating sheaths that preserve the integrity of nerve impulse conduction. The result of the autoimmune attack is muscle pain, fatigue, difficulty walking and moving, and even paralysis. Recent evidence published in the Lancet, the Zika infection seems to be the precipitating factor, leading to the onset of GBS. According to the authors, their study was the first to provide evidence for Zika virus infection causing Guillain-Barré syndrome.

The patients described in the study with GBS presented with generalized muscle weakness (74 percent), inability to walk (44 percent), and/or facial palsy (64 percent). Because the patients were isolated from French Polynesia, a medical history of the patient-cases revealed that dengue fever was not significantly different among the groups of patients, and so the researchers concluded that dengue was not associated with the risk for Guillain-Barré syndrome in Zika virus-infected patients.

What is still unknown is whether the current Zika virus will behave exactly the same in a different population with a different genetic and immunity background, or whether a biological cofactor or co-infection is responsible. 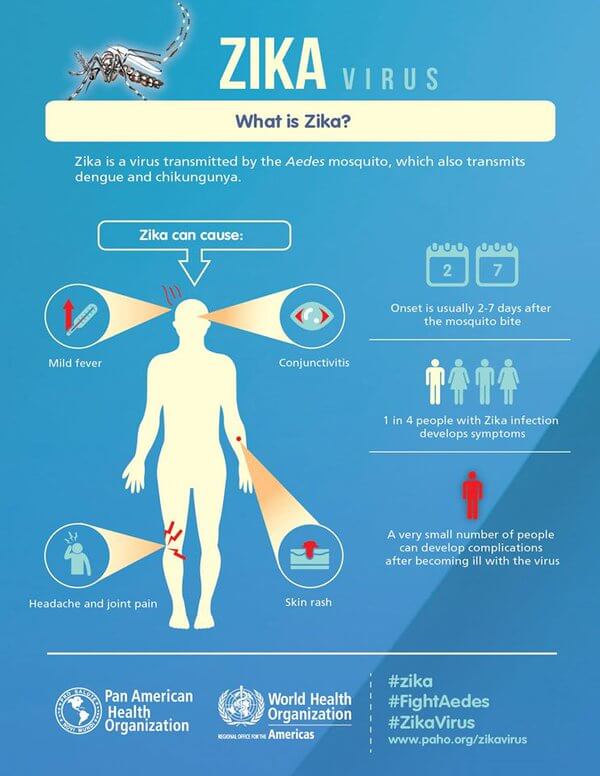 Some due care is warranted in interpreting the initial research results, and more importantly the resultant media coverage. The sample size was 42 patients, which is very small to extrapolate to population-level incident rates (meaning the error is likely high). Additionally, the estimates for the rate of Guillain-Barré syndrome in Zika-infected patients is 24 per 100,000 infected (.024%); This is in contrast to a rate of Guillain-Barré syndrome in the general population of 1 per 100,000 (.001%). While the Zika-infected proposed rate of GBS is still very low, it appears to be about 10-25x greater than the background (nominal) level of GBS.

You may have heard of GBS from vaccine information sheets which are available for patients during routine vaccinations such as the seasonal influenza (flu) vaccine. This notice is provided to patients because of a potential (and extraordinarily-small) risk of GBS following vaccination. How small? Following the 1976 swine flu vaccine, there was a potential for one additional case of GBS per 100,000 people who received the vaccine.

Related article:  Gene therapy is doing all that we'd hoped for* *(so far)

So there’s more potential public health burden as a result of Zika virus, in the form of potentially debilitating neurological effects.

Could Zika cause GBS?

Independent experts were contacted by the Genetic Expert News Service, a GLP sister site, for comments in February about the potential for a Zika-GBS connection. Most agreed with the possibility that Zika could cause GBS, as it makes sense based on our current understanding of the virus and GBS. Dr. Yoel Sadovsky, director of the Magee-Womens Research Institute at the University of Pittsburgh noted:

It is possible that Zika infection causes birth defects during the first trimester, as many of the steps involving organ development are early pregnancy events. This is especially true for heart and brain development.

Dr. Sasha Zivkovic, associate professor of neurology also at the University of Pittsburgh Medical Center explained that Zika could cause GBS in a way similar to how other infectious agents are believed to:

Yet despite their comments, both cited a need for caution as more research is needed.