Will CRISPR and gene editing change public fears about Franken-technology?

“I beg your pardon?”

“Feed me all night long!”

In that terrifically funny scene from Little Shop of Horrors, hapless Seymour discovers a mysterious, fast-growing ‘genetically modified’ Venus flytrap-like plant that feeds only on human flesh and blood — his flesh if necessary.

The sketch offers a metaphor for how so many people have come to see plants, animals and humans modified by genetic tinkering — as Frankenstein-like laboratory creations that could unleash an apocalyptic nightmare; nature gone haywire. The public backlash has been fierce, stymieing biotechnology innovation.

Most of the concern has been focused on the fact that classic genetic engineering has focused on moving genes from one species to another to create favorable traits. But that could change with the introduction of a new form of genetic modification known as gene editing, in which no ‘foreign’ genes are transferred across the ‘species barrier’. 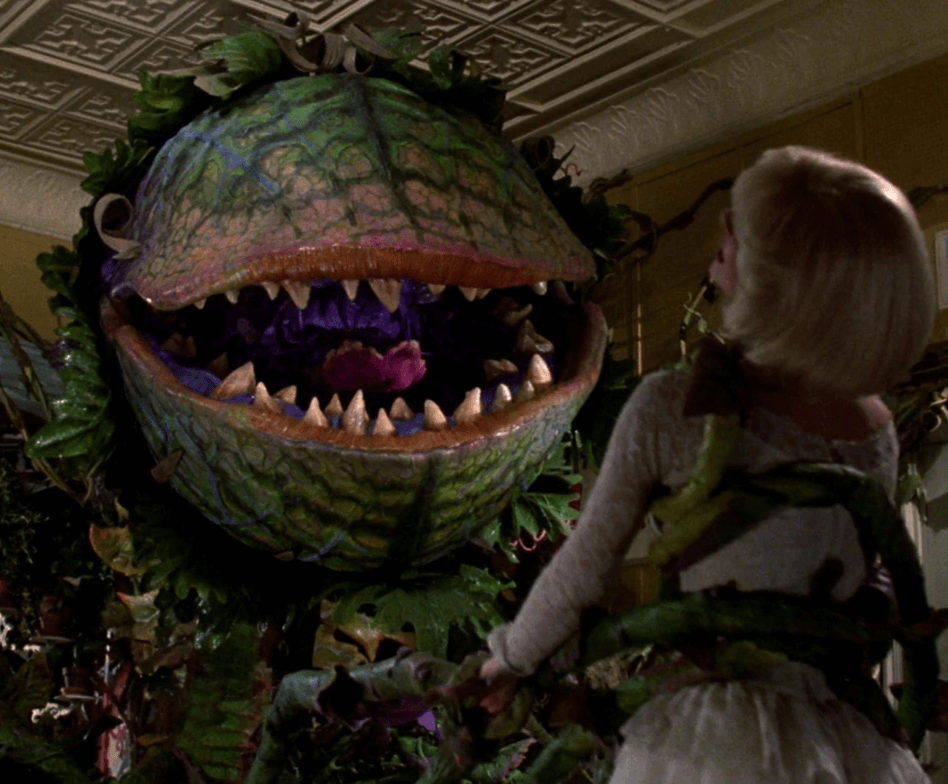 Although fear abounds, and regulatory hurdles to getting products from the lab to the marketplace are high, we are entering a golden era in terms of technological breakthroughs. This is particularly evident in the study of plant genome next-generation/high-throughput sequencing, (e.g. a catch-all term used to describe a number of different modern sequencing technologies that allow us to sequence DNA and RNA much more quickly and cheaply).

Using gene editing, this new era of genetic changes might best be characterized as “scareless.” While traditional GE, transgenics, moves genes to create new traits, gene editing is cisgenic and does not involve manipulation of ‘foreign genes’. The likelihood of interaction is tested, sites with inserts are tested for unintended events via resequencing technologies, cultivars are registered and of course adhere to all the regulations applicable to products of conventional breeding before commercial release.

As a result of these breakthroughs, we are beginning to fully grasp the exquisite detail of plant genomes, which has led to many insights into genome function and evolution. Gene editing is a simpler and safer process than first generation GE techniques owing to its precision and the smaller point mutations. It essentially provides a faster method for what natural breeding attempted at a slower pace and with the advantage of greater specificity — hence creating precision plants.

Gene editing and its impact on food

Food production has to roughly double over the next 40 years to meet population growth and increased prosperity in the developing world. Genetics will allow us to develop high yielding and sustainable crops that more efficiently use nutrients and water, resist insects and pathogens, and are more nutritious.

Unfortunately, the excitement within the scientific community is challenged by concerns and even fears among the general public linked mostly to the Frankensteinian image of biotechnology — Big Ag’s ‘little shop of horrors,’ say GMO critics. The wild cards that could change public perceptions are what are called ‘new breeding technologies, or NBTs — novel techniques such as CRISPR, the gene editing method which involves no introduction of foreign genes.

Gene editing involves altering DNA sequences at targeted locations, usually using proteins that naturally cut DNA such as CRISPR–Cas9, TALENS and zinc-finger nucleases. Such technologies in terms of plant editing have never been safer and more precise. But the innovations have been introduced during a time when society is focusing on passing mandatory food-labelling laws, banning certain GE products and creating GE-free zones for growing food — all of which are slowing the introduction of new GE crops. Ingo Potrykus, a team leader of the vitamin-A-enriched ‘golden rice’ project believes it would be a “crime against humanity” not to change the existing forms of regulation allowing for such products to enter the markets.

In a recent study led by Noel Sauer, PhD from Harvard University whose research focuses on the development of non-transgenic traits in commercially relevant crops, published in Plant Physiology, non-GMO precision genome editing in crops via genome editing was shown to be highly effective method to introduce herbicide tolerance, specifically in flax.

The team used CRISPR/Cas9 to develop the herbicide tolerance trait by precisely editing the genes responsible for glyphosate tolerance. Their findings show enormous potential of using this non transgenic approach genome editing platform for precise, reliable trait development in other crop plants. Furthermore those edits were transmitted to subsequent generations of plants.

The study is one among many other developments such as plant artificial chromosomes known as PAC’s that could contribute to addressing the food security crises in coming years. PACs also carry no transgenic information yet are powerful modes of editing. PACs have has no genes of their own yet they can can be programmed to express any desirable DNA sequence that could encode for one, or a number, of genes. PACs could confer complex traits such as disease resistance and tolerance to abiotic stresses such as heat and drought, multiple genes are required. This is not easy with current methods of modification. PACs could offer a new way to introduce beneficial traits. Design of new DNA sequences completely avoids this problem, and could allow us to select out detrimental traits from out crop plants.

Among some other great success stories involving gene editing is phytate which could be eliminated in maize. It is a anti-nutritional compound that limits mineral absorption by farm animals and increases environmental pollution. Another example is that of bread wheat, in which the editing of three consecutive alleles of MLO genes created a novel cultivar [what’s a novel cultivar] that is resistant to powdery mildew, a devastating disease. Combination of genes can give rise to greater flowering and yields.

Although these gene editing projects are promising—and there are dozens more like them — the hostile public environment facing biotechnology has stopped a lot of research in its tracks, and the danger is that many upcoming trials will be aborted.

So the question: if we do not embrace the potential of plant gene editing, will we be able to meet growing food needs? Yields are not increasing fast enough to keep pace with projected demand. If current trends continue, we will need to expand farm land by more than 40% by 2050, yet that cannot be done without deforestation. Along with associated costs from requiring more water, plus the effects on biodiversity, that would increase greenhouse-gas emissions significantly.

Certainly genetic editing is not a panacea. We have to change land management to get the most out of the existing farm land while maintaining the ecosystem so that the wild flowers can flourish and bees pollinate. Yet that alone without multiple plant varieties that are more efficient, more productive or better able to cope with the changing environment it is unlikely to help. So as Tim Benton, Professor of Population Ecology at the University of Leeds stated, ‘if the consequences are weighed against the risks of doing nothing, plant gene editing is certainly appealing’.

Sandra Smieszek is a postdoctoral research fellow at the Institute of Computational Biology. Her research focuses on translating biomedical ‘big data’ with the aim of elucidating the genetic underpinnings of complex traits and disorders with emphasis on Alzheimer’s, HIV and Autism. Follow her at @S108801S.