There is a fierce debate in Florida over how the state should work to stop the spread of the Zika virus. One controversial solution offered is to release GMO mosquitoes. These lab-made bugs possess a ‘kill-switch’ gene made with fragments of DNA from coral, cabbage, the herpes virus, and E.coli bacteria. Matings between the GMO mosquitoes and wild ones would spread the lethal gene—eventually reducing and possibly eliminating mosquitoes from the region altogether.

The response to this plan has been strong from both sides. Many have pointed out that a tremendous amount of human suffering would be prevented by using the GMO mosquitoes. On the other hand, critics have cited the unnatural creation of the bug as a reason to oppose it. Helen Wallace, the executive director of the British anti-GM group GeneWatch, called the mosquito “Dr. Frankenstein’s monster, plain, and simple.”

But, it’s not just the GMO mosquito that elicits the cry of ‘unnatural’ from opponents of biotech. It is one of the most strident arguments used by activists against all genetically modifying organisms, be it crops or insects, or even bacteria.

The Institute for Responsible Technology, which is an anti-GMO organization founded by Jeffrey Smith, states, in its FAQ’s about GMOs that “With genetic engineering, scientists can breach species barriers set up by nature…The results are plants (or animals) with traits that would be virtually impossible to obtain with natural processes, such as crossbreeding or grafting.”

Such descriptions of GMOs raises fears about whether gene transfer between species is outside of how evolution operates and therefore unnatural. Research, however, has repeatedly shown the opposite to be true. 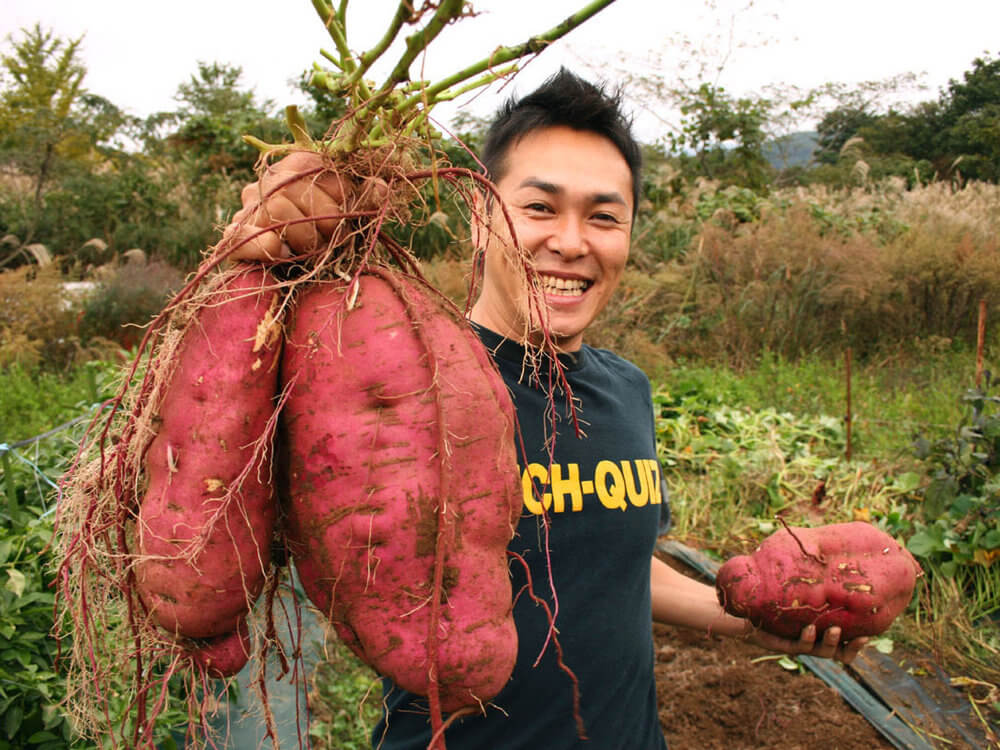 In May 2015, researchers showed that practically every known species of cassava (sweet potato) contained genes from Agrobacterium, a bacterial species whose genes we have also harnessed to create other GM crops. The genes were inserted over 8,000 years ago and may have helped the tuber evolve into its current, edible form. This phenomenon of genetic transfer during evolution between species, also known as ‘horizontal gene transfer’ is not restricted to plants.

Scientists at François Rabelais University in Tours, France reported the results of an inquiry into the genetic makeup of monarch butterflies and moths, and parasitic wasps that use the caterpillars as hosts to lay their eggs. The team found over millions of years the wasps had not only completely domesticated the genes of a virus to help them parasitize the caterpillars, but chance events had led these wasps to pass on some of these viral genes to the butterflies and moths which it targeted as well. “In other words,” as Ed Yong wrote in The Atlantic “one insect was genetically modifying another with viral genes, via a sting.” And importantly, not only was this genetic exchange between three different species entirely natural, it provided each of them with a unique evolutionary advantage and helped them survive.

The viruses cannot reproduce inside another host outside of the wasp, thus making them practically non-existent without the insect. The wasp, in turn, is dependent on the virus for to parasitize the caterpillar. While laying its eggs, the wasp also injects viral particles which render the caterpillar’s immune system useless and unable to fight against the foreign eggs. This unique relationship has allowed thousands of species of parasitic wasps to attack caterpillars. But that’s where this whole ordeal takes a right turn.

What the study by the French team suggests is that around 5 million years ago, through a series of genetic accidents, some viral genes got incorporated into the genomes of monarch butterflies and a species of moth known as the armyworm moth (those were the two species they studied). These viral genes gave them an evolutionary advantage as they protected them against a whole other class of viruses known as baculoviruses. The positive evolutionary pressure meant that the genes were selected for and retained in the genomes of the moths and butterflies. The scientists think what they’ve uncovered is just the tip of the iceberg. Given the thousands of species of parasitic wasps and the insects they targeted, they expect the extent of gene transfer events to be much wider.

Related article:  Read GLP's Jon Entine's Reddit Science 'Ask Me Anything' on pesticides and the 'bee-pocalypse'

Commenting on the study to the Science Media Centre in the UK, Louise Johnson, an evolutionary biologist at the University of Reading, said:

“This three-way gene shuffle is a particularly clear and clever example: wasps use viruses to attack butterflies, but those viruses have also allowed the butterflies to steal genes from the wasps. It’s clear that the stolen genes are useful to the butterflies, so naturally occurring genetic engineering helps them to survive.  From my perspective as an evolutionary biologist, it’s also a perfect illustration of how evolution uses every trick in the book, and the book is bigger than we think.”

Jean-Michael Drezen, the scientist who led the study, suggests that in some way, these butterflies are ‘natural GMOs.’ In an email, to The Atlantic, he said, “What’s kind of funny is that such a species as iconic as the monarch has been genetically modified by the parasitic wasp virus and can thus be considered as a natural GMO.” Interestingly, though, he did admit in a different article in the New Scientist that the description was used to garner interest in the story, which emphasized a larger point about the GMOs. 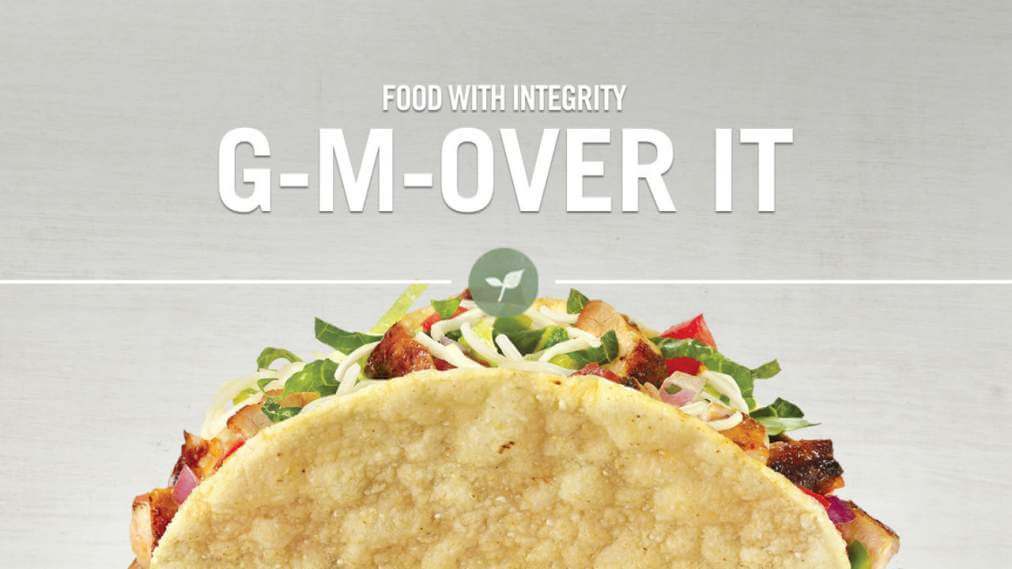 The current usage of the term GMO is both nonspecific and confusing. And often it is used to imply that there is something unsafe or unnatural when in fact it seems to have been occurring for millions of years. It is precisely this confusion that organizations like Chipotle are trying to capitalize on by claiming that its food is healthier solely on the grounds it is ‘GMO-free.’

As our understanding of evolution increases, we’re beginning to see that genetic exchange between species is nothing outside the realm of possibility, a ‘Franken-nothing’ if you will. It doesn’t mean that introducing genetically modified insects does not have any consequences.

I think [the study] highlights the need to understand how such transfer occurs and how these genetic sequences interact with their new host genomes. This will enable us to better understand the consequences of horizontal transfer, be it natural or be facilitated by genetic engineering.

Any new technology carries with it a measure of risk. In the case of the genetically modified mosquitoes, Mark Q. Benedict, an entomologist at the University of Perugia and an expert in genetically modified insects, points out in the New Yorker, “There are unanswered questions and there always will be.” But, he continues, “there are also unanswered questions about the effect of insecticides on children, and we use them every day to try and kill the very same mosquitoes. It’s important to remember: we’re already trying to wipe this species out, and for a good reason. The risk involved in eliminating them is very, very small. The risk in letting them multiply is enormous.”

It is our collective responsibility, to decide whether the benefits of creating a genetically modified plant or animal outweigh the risks—and if it does, implement it for the collective good. In small studies in Brazil, the ‘unnatural’ GMO mosquito has been very effective at reducing mosquito populations. Studies by Oxitec researchers showed that the modified mosquitoes reduced rates of dengue by an astounding 95 percent, an achievement that can probably only be rivaled by vaccines for public health benefit.

Arvind Suresh is a science communicator and writer. He formerly was the Science Media Liaison at the Genetic Expert News Service. Follow him @suresh_arvind.