A scientist involved in an international organization researching cancer offered his resignation in April because of uncertainty over whether its documents were subject to U.S. public records laws….

The International Agency for Research on Cancer has been under scrutiny since it published a March 2015 report saying the widely used herbicide glyphosate could cause cancer in humans. That finding is disputed by other scientific agencies… 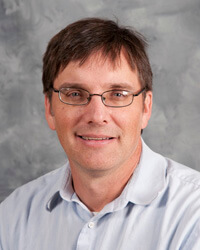 Matt Ross, an associate professor at Mississippi State University, said his school had received a records request that it “cannot ignore or dismiss,” in a resignation email to Kathryn Guyton, an IARC scientist.

The public records battle following IARC’s glyphosate paper has turned into a debate about balancing the transparency of government-funded research with scientists ability to openly discuss their work without being pulled into a political fight.

IARC told volunteer researchers from universities, the EPA, and elsewhere, that any documents relating to its work were the property of IARC and wouldn’t be uncovered by state or federal records requests. That email was first reported by Reuters.

IARC has said its directions were meant to put researchers at ease, assuring them they could communicate openly without being pulled into a politicized battle over its glyphosate report.

The GLP aggregated and excerpted this blog/article to reflect the diversity of news, opinion and analysis. Read full, original post: Scientist Briefly Resigned From Cancer Group Over Transparency