What role do epigenetic changes play in development of autism?

Would you give your child poison if you were told it was a cure?

In their desperation to cure their children of autism, some parents are using controversial and potentially deadly remedies. A year-long investigation by Eyewitness News together with ABC News recently exposed the workings of a religious group, Genesis II, that has been peddling their cure for autism: bleach. The investigation focused on the activities of Kerri Rivera, a homeopath who has distanced herself from the Genesis II movement but continues to promote the Miracle Mineral Supplement (MMS) the group’s term for what amounts to industrial strength bleach packaged in small, shiny bottles. 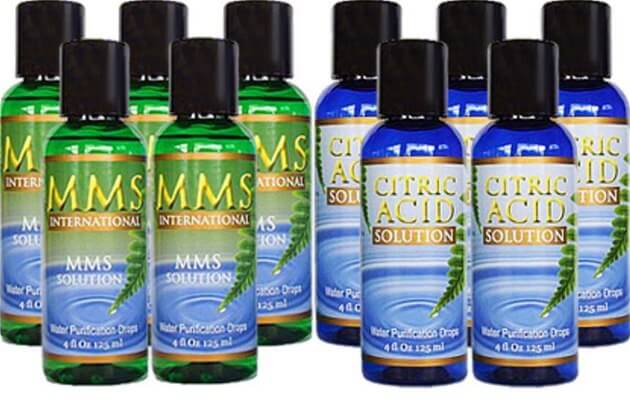 One in 68 children are now diagnosed with autism, it is, therefore, important that we seek evidence-based and realistic approaches to autism treatment. Views espoused by those such as Rivera—who claims that autism is caused by parasites and can be cured with oral and rectal administration of MMS—only serve to confuse and endanger the public. Indeed, at least one death and several dangerous side effects have been attributed to MMS.

Autism spectrum disorder (ASD) is characterized by impaired social communication, restricted interests, and repetitive behaviors, and is considered to be one of the most heritable neurodevelopmental disorders. Recent research, however, has highlighted the importance of epigenetic factors in the development of ASD, providing a new focus for potential future cures. 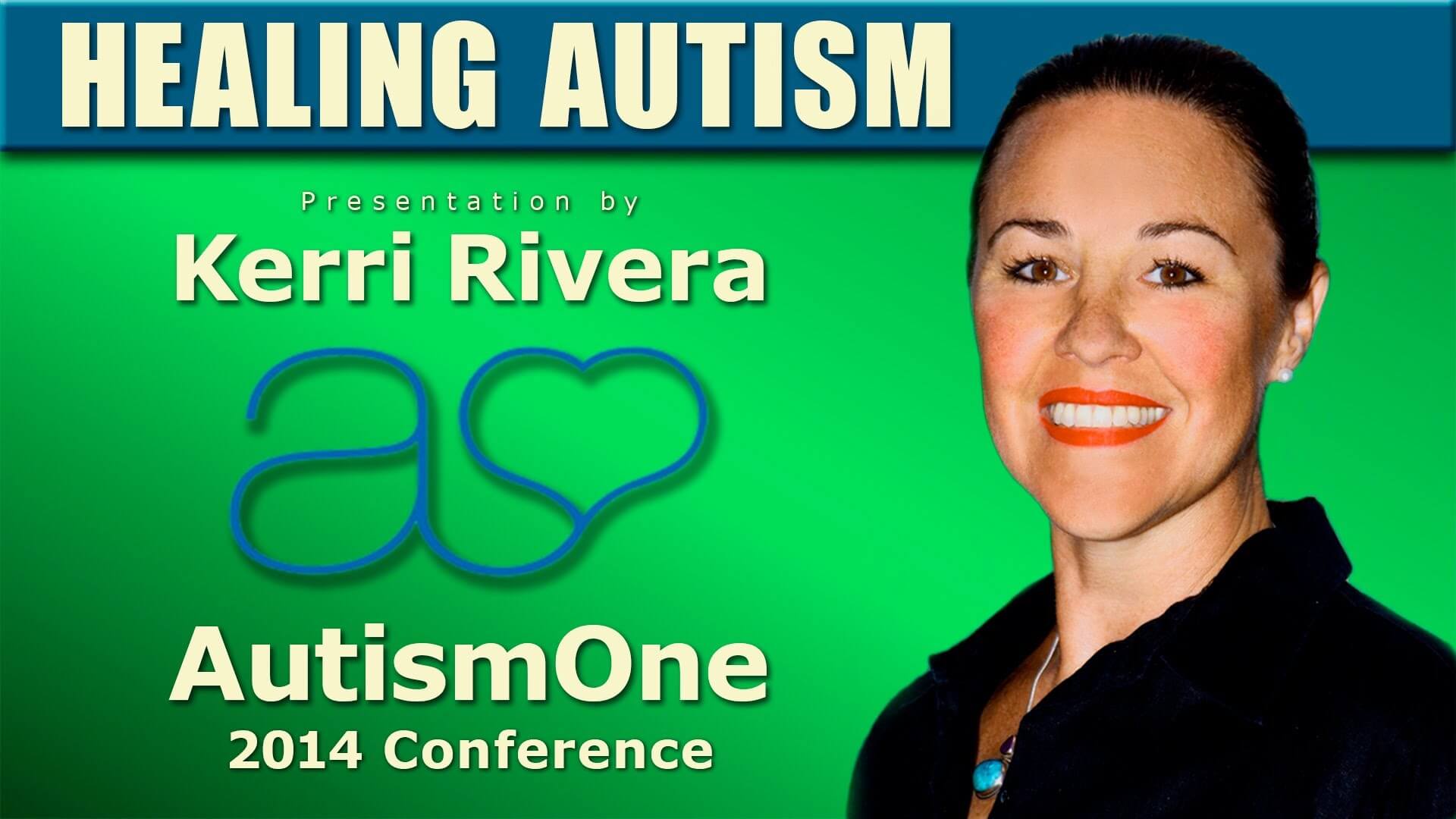 Epigenetics refers to the part of the genome that modifies or changes cell functions by silencing or activating particular genes. These are frequently referred to as epigenetic marks or tags, which some experts liken to punctuation marks in the English language—marking or signaling the starts and ends of particular genes, and controlling how each gene is read in a cell. Where genetics is the study of variation and mutation in the genome, epigenetics is the study of changes in gene expression that occur without changes to the DNA sequence itself.

Changes in epigenetic marks can be inherited or they can arise from certain types of environmental exposure. Epigenetic changes can be beneficial or detrimental to an organism. They can also occur without having any clearly discernible effect on one’s overall health. Some general environmental components that are known to cause detrimental epigenetic changes—both prenatally and throughout life—include smoking, a poor diet, abuse of alcohol, and extreme stress.

While the exact types of environmental exposure that contribute to ASD are not yet known, there are several hypotheses, from the father being over 40 years of age at conception, to the mother being sick during the first two trimesters, to use of oral contraceptives before pregnancy, and so on. But none of these environmental factors have been pinpointed as primary causes of autism. Rather, genetic and epigenetic factors likely combine and interact to compromise neurodevelopmental factors, immune function, and other pathways, leading to the development of autism.

A quick overview of epigenetics can be found here:

ASD—which includes autism, Asperger’s syndrome, and pervasive developmental disorder not otherwise specified (PDD-NOS)—is diagnosed in roughly one in every 100 individuals globally. About one in every 68 children in the United States has ASD, which is a huge increase from the 1970s and 1980s when only one in every 2,000 children was diagnosed. More males than females are diagnosed, with a ratio of approximately 4:1. This sex difference could be the result of genetic factors, hormone differences, the probability that many females with high-functioning autism (e.g. Asperger’s syndrome) remain undiagnosed or misdiagnosed, or some combination of these.

Much of the increase in ASD diagnosis is due to changes and improvements in diagnostic techniques and in increased public and clinical awareness about the disorder. Some have claimed that this explanation does not account for all of the rising numbers, though the accuracy of this claim is up for debate.

One thing is certain, though: Vaccines do not cause ASD, nor do they increase the likelihood of a child developing an autism spectrum disorder. To date, no scientific research has shown a link between vaccines and autism.

While ASD runs in families, recent studies have shown that it is not as heritable as it was once believed to be. Heritability of ASD was previously thought to be around 90 percent, meaning that 90 percent of the differences between neurotypical (non-autistic) and neurodiverse (autistic) populations can be accounted for by genetics. Now, the heritability is believed to be somewhere between 60 percent and 90 percent. In other words, ASD is still an incredibly heritable disorder, and several genes have been identified as being highly associated with the development of autism.

Where Epigenetics Comes In

Aberrant epigenetic changes appear to be partly responsible for the development of ASD. This is the conclusion reached in a comprehensive review of research initiatives that focuses on epigenome-wide associations studies (or EWAS) of ASD. 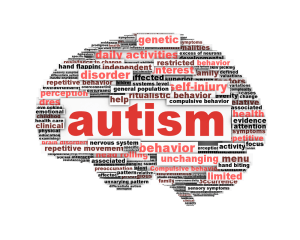 The authors of the review, headed by Yuk Jing Loke of the University of Melbourne, discuss the mounting evidence in recent human and animal studies showing that environmental factors during very early life, including in utero and the time shortly after birth, likely play a role in the development of ASD and other neurodevelopmental disorders.

A key component of many of the research initiatives covered in the review is the focus on several sets of identical twins, where one twin has been diagnosed with ASD and the other is neurotypical. Since identical twins share the same DNA, it can be inferred in these instances that something other than genetic factors caused one of the twins to develop an autism spectrum disorder. One 2013 twin study uncovered epigenetic marks that appear to be unique to at least some individuals on the autism spectrum. The study’s first author, King’s College London researcher Chloe Wong, says:

We’ve identified distinctive patterns of DNA methylation associations with both autism diagnosis and related behavior traits, and increasing severity of symptoms. Our findings give us an insight into the biological mechanism mediating the interaction between gene and environment in ASD.

The DNA methylation that Wong mentions is typically associated with epigenetic changes that silence the expression of certain genes. In the case of autism, Shanghai Medical College of Fudan University physician Dr. Li Yu and colleagues note, it could be that genes associated with neurologically-protective or regulatory pathways are silenced, and the more of these sites that are methylated or silenced, the more severe the symptoms of ASD would be. It is also possible, however, that the disorder itself causes the epigenetic changes, which is the subject of ongoing research and is a quandary that exists in virtually all discussions of epigenetics.

Around 1,000 genes are now associated with the development of autism, with at least 16 of the genes categorized as “high confidence,” meaning that in genome-wide association studies (GWAS) and in GWAS replication studies, these genes are consistently and strongly associated with autistic traits. Interestingly, Loke notes, “half of these genes have a proven or suspected function in networks that involve epigenetic change.”

Autism treatments that target the epigenome could eventually become a welcome reality for many families. Until that time, or until other evidence-based treatment options are developed, it’s best that parents avoid giving their children bleach drops. No studies have been conducted to show that bleach drops are safe or that they successfully reverse or treat any known disorder. In fact, giving your children bleach drops or giving them any potentially unsafe treatment might be setting them up for disaster by creating aberrant epigenetic changes that could last a lifetime.

Kristen Hovet is an American-Canadian journalist and writer who specializes in the areas of psychology, health, science, and the intersection of sociology and culture. Read her blog here and follow her on twitter @kristenhovet.