Autism ethics: Is search for cure the right goal?

Kristen Hovet | March 7, 2017
This article or excerpt is included in the GLP’s daily curated selection of ideologically diverse news, opinion and analysis of biotechnology innovation.

When a person has an illness, we tend to assume they want a cure. But when it comes to autism spectrum disorder, a common neurodevelopmental condition, proponents of the autism rights movement want to halt efforts to develop a cure. Instead, they argue, society needs to be cured of its narrow idea of what constitutes acceptable behavior and a normal mind.

Some say that just like homosexuality — once viewed as a disorder in need of intervention and prevention — autism will eventually come to be viewed as merely a different way of being. Unlike homosexuality, however, autism often is accompanied by a broad constellation of health problems that can affect nearly every system of the body.

Most people with Asperger’s are able to somewhat mask their symptoms so that only family members are aware of their disorder. Unlike those with more moderate to severe forms of autism, many with high-functioning autism are not diagnosed until later in life. They are negatively impacted by their illness, especially when it comes to social communication, yet until they receive a diagnosis their differences might be chalked up to “quirkiness”, social awkwardness, shyness, or antisocial personality traits. 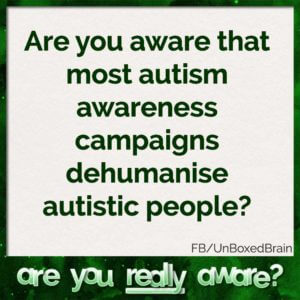 In contrast, individuals with more severe autism are prone to chronic digestive problems, intellectual disabilities, sensory sensitivities, severe anxiety, sleep disorders, self-injurious behavior, and so on — all of which can significantly disrupt everyday functioning. Many will remain in the care of their families or in assisted living communities for their entire lives, and many will never be employed in conventional jobs. Those with Asperger’s, on the other hand, tend to have lives that are indistinguishable from the lives of their non-autistic peers.

One in every 68 children in the United States is diagnosed with autism spectrum disorder, up from the 1970s and 1980s when only one in every 2,000 children was diagnosed. While more males than females are diagnosed, with a ratio of 4 to 1, the sex difference could be the result of genetic factors, hormonal differences, and the fact that many females with high-functioning autism remain undiagnosed.

Much of the increase in autism diagnosis is due to heightened awareness about the disorder and improvements in diagnostic techniques. Some have claimed that this explanation cannot account for the entire spike in diagnoses, making the etiology of autism a particularly controversial topic in some circles. The impacts of autism, however, are not as hotly debated.

Related article:  Irregularity in the brain's 'insulation' may offer way to 'prevent or even reverse' autism symptoms

Regarding the cost to families, a 2012 research review by Jeffrey S. Karst and Amy Vaughan Van Hecke speaks of the “plethora of difficulties in caregivers [of autistic children], including decreased parenting efficacy, increased parenting stress, and an increase in mental and physical health problems compared with parents of both typically developing children and children with other developmental disorders.”

They go on to discuss the high rates of divorce in these families and how the benefits of adequate intervention are often outweighed by the burdens of having a child with autism.

Megan McArdle, writing for The Atlantic on the impact of autism on families, says:

“Working on their children’s behalf becomes a full-time job. One parent, often the mother, either stops working or works less hours, in order to manage the educational and therapy [needs] of the child. She must shuttle the child long distances to find the right services. She must navigate the health care bureaucracy. She must meet frequently with teachers and constantly negotiate with the school district to get the therapy that their children need.”

Economically speaking, the lifetime cost for an individual on the autism spectrum with intellectual disability is a whopping $2.4 million, and $1.4 million for high-functioning autistic individuals. This means that the estimated cost to the United States alone is around $236 billion each year.

While most would agree that neurodiverse perspectives are welcome and that more could be done to counteract harmful myths and stereotypes about autism, it is impossible to deny the impact of autism on the individual, their families, and society as a whole. The development of evidence-based, voluntarily-administered cures for autism would improve the lives of millions.