Many will probably remember the article by Danny Hakim (and the associated infographics) that ran in the New York Times back in October 2016 about the “broken promises” of GMOs. The article prompted some cheers and some legitimate criticisms.

After that article came out, one thing bugged me a bit.  We have scores of experimental studies showing GMOs (particularly the Bt varieties) increase observed yield, so why don’t we see a pronounced effect on aggregate, national yield trends? At about the same time these thoughts were swirling around in my head, I received a note from Jesse Tack at Kansas State University asking the same. As it turns out, we weren’t the first to wonder about this. The most recent, 2016, National Academies report on GMOs noted the following:

Here is a figure illustrating the phenomenon (from our paper, I’ll discuss more in a moment). Despite the massive increase in biotech adoption after 2000, national trend yields don’t appear to have much changed. 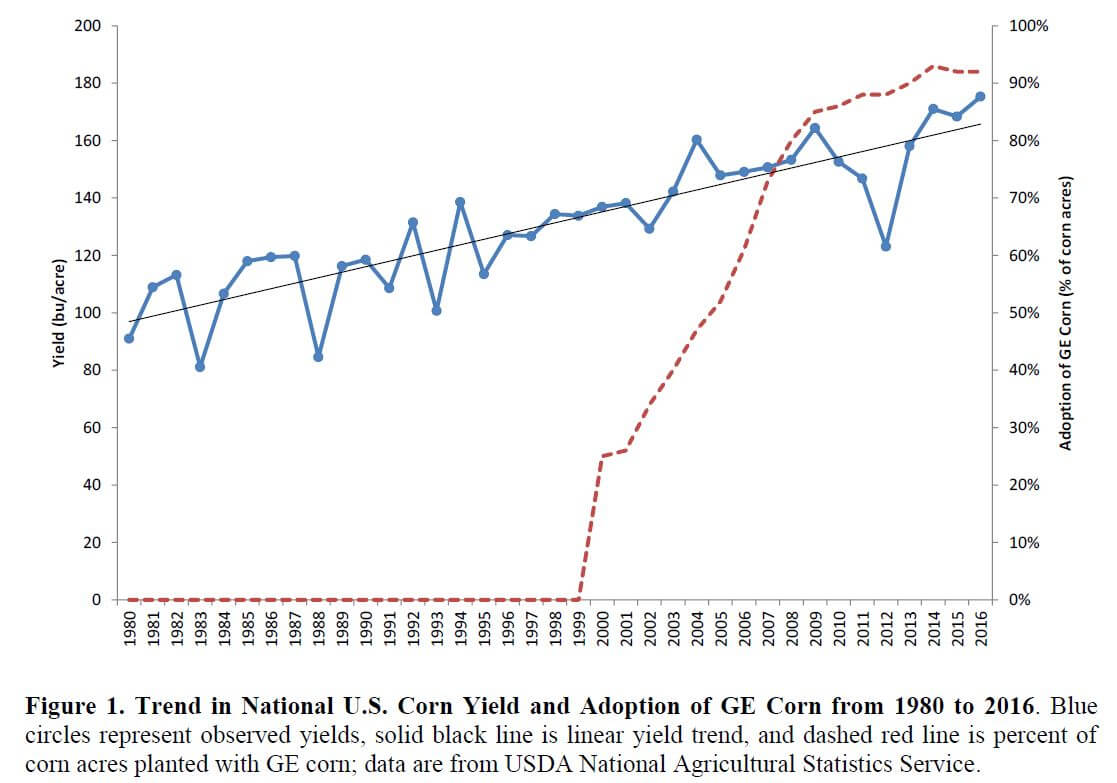 So we began speculating about possible factors that could be driving this seeming discrepancy between the national, aggregate data on the one hand, and the findings from experimental studies on the other, and wondered if aggregation bias might be an issue or whether the lack of controls for changes in weather and climate might be a factor. One of Jesse’s colleagues, Nathan Hendricks, also suggested variation in soil characteristics, which when matched up with different timings of adoption in different areas, might also be an explanation.

To address these issues, Jesse, Nathan, and I wrote this working paper on the subject, which will be presented in May at a conference put on by the National Bureau of Economic Research (NBER). Here are some of the key findings:

To get a sense of the heterogeneity in yield effects, here is a graph of the estimated impacts of adoption of GMOs for counties that differ in terms of their soil’s water holding capacity. 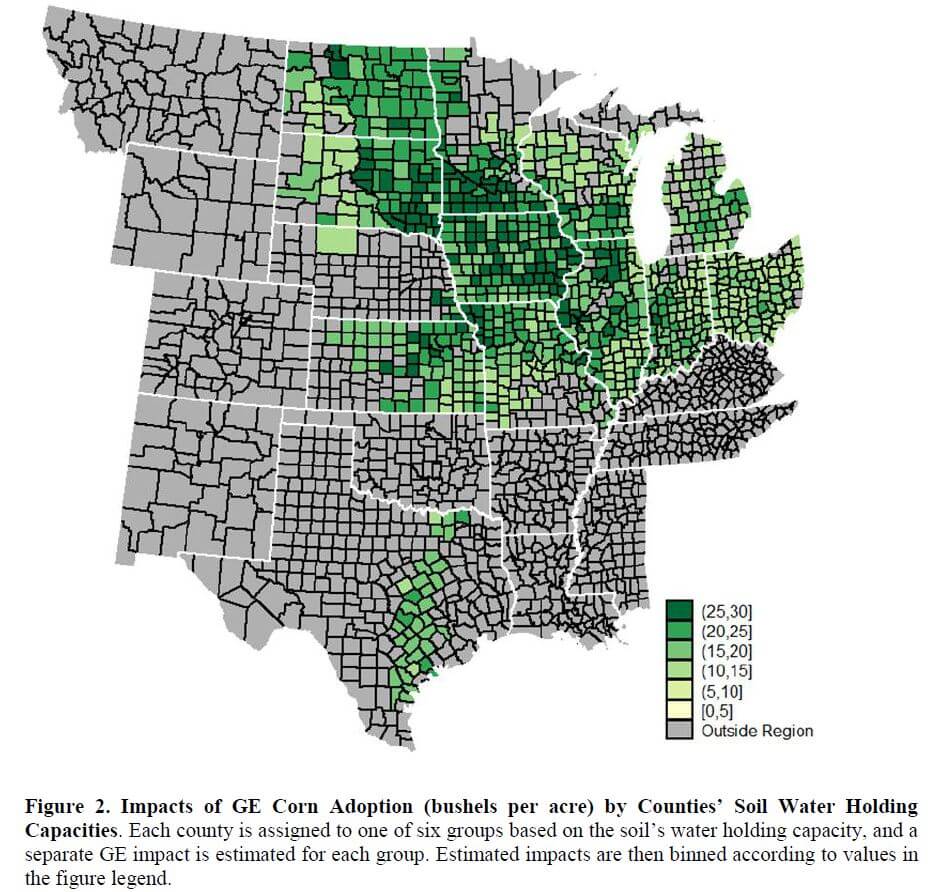 There’s a lot more in the paper.

A version of this article appeared on Jayson Lusk’s blog as “The adoption of genetically engineered corn and yield” and has been republished here with permission from the author and the original publisher.

Jayson Lusk is a professor in the Department of Agricultural Economics at Oklahoma State University. You can follow him on Twitter @JaysonLusk.