Are we ready, without professional help, to decide what to do when our genes tell us we have a potential disorder?

And just like that, consumers are free to learn for themselves — with no help from medical experts — whether or not they carry, within their genome, a greater risk of developing a small variety of diseases.

On April 6, the US Food and Drug Administration changed course and ended a 2013 moratorium that prevented California-based 23andMe from offering genetic disease screening service directly to consumers. It’s not a full-blown reprieve, with the company currently limited to 10 disorders. But it’s a start.

“This is an important moment for people who want to know their genetic health risks and be more proactive about their health,” said Anne Wojcicki, 23andMe CEO, in a release. “The FDA has embraced innovation and has empowered individuals by authorizing direct access to this information.”

Along with that embrace of innovation, the agency also has triggered hand-wringing and debate among medical professionals over whether the average consumer is ready for the knowledge that comes from these types of screenings. Skeptics worry that the unfiltered release of information will lead consumers to overthink (and overreact to) their own risks of contracting various diseases or disorders. Observers say it’s also likely to launch a torrent of competing services, with companies seeking to tap into the public’s growing interest in its own genetics.

The tests will be included as part of 23andMe’s $199 Ancestry and Health test, which uses DNA from saliva collected by the customer. Those test results will now include markers for five disorders, including Parkinson’s disease and late onset Alzheimer’s disease. The company also has approval to test for five additional disorders — including celiac disease — which could be added later. (The complete list is below.)

The tests, which are considerably cheaper than going through a genetics counselor in which single tests could each cost hundreds and in some cases thousands of dollars, will reveal the absence or presence of gene mutations known to increase the risk of developing various disorders. In the case of Parkinson’s, for example, the mutations included in the test are LRRK2 and GBA.

The FDA, in its announcement, signaled its own concerns, even as it touted the decision to give consumers greater access to genetic information. “But it is important that people understand that genetic risk is just one piece of the bigger puzzle, it does not mean they will or won’t ultimately develop a disease,” said Jeffrey Shuren, director of the FDA’s Center for Devices and Radiological Health, in a release. 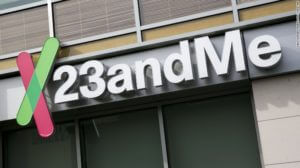 In Nature, Stanford University bioethicist Hank Greely expressed concern about consumers not understanding the limits of test results, without expert guidance. It’s a potential problem, he said, that will only grow as 23andMe expands its offerings and other companies jump into the fray. Said Greely:

“I’m not a big fan of cutting out the middleman when the middleman is a trained professional and most of the country doesn’t understand much about health.”

And in the New York Times, James Beck, chief scientific officer of the Parkinson’s Foundation, suggested that it can be important to seek genetic counseling — before even considering a test for a condition like Parkinson’s:

“Once you get the test and read the results, there is no going back.”

Others, however, were quick to defend the value of putting more information into the hands of the public — without the requisite gatekeeper.

Related article:  DNA as a crime fighting tool: Why we may be in danger of putting too much faith in it

The choice of how someone gains access to their own genetic information should be left to individuals, said Robert Green, a professor of medicine at Harvard Medical School, in an interview with National Public Radio:

“Some people really want this [genetic] information on their own, and others want it through their physician. Both those channels are legitimate. People should just be aware that this information is complicated.”

The challenge, in the eyes of some, is how these test results are communicated to consumers who often lack insight into the workings of genetics. By removing medical professionals from the equation, a considerable burden is placed on the testing companies when it comes to helping customers understand their test results.

“If people know what they are purchasing and understand the results, then I support such tests,” said Gail P. Jarvik, head of the division of medical genetics at the University of Washington, in an email exchange with the New York Times:

“It is in the execution that my concerns lie and I will be following that. We have seen patients who did not understand tests they purchased from this company in the past. Hopefully, this information will be delivered in a way that has value to the person purchasing the service and does not cause unneeded medical visits. Many of these tests indicate risk of getting disease, not the certainty of getting it.”

According to the FDA, the consumer test results provided by 23andMe, at least for now, will be limited to 10 diseases or conditions: