Given the safety of genetically modified organisms and genetically engineered foods, mandatory labeling of GMO and GE foods and food products is unnecessary, according to a new AVMA policy.

Proposed by the AVMA Food Safety Advisory Committee and approved by the Board of Directors in April, the policy reads as follows:

The AVMA recognizes there is concern about the safety of consuming genetically modified organisms and genetically engineered food products. The broad scientific consensus is that approved GMO and GE crops and foods are safe for human and animal consumption. Our current safe, affordable, abundant food supply has been made possible, in part, through advances in this scientific technology. The AVMA does not believe mandatory labeling of GMO and GE foods or food products is necessary. The presence or absence of GMO or GE ingredients is not an indication of quality or food safety.

[NOTE: More than 275 science-based organizations around the world have issued public statements concluding GM foods are as safe or safe than other conventionally grown or organically produced foods.] 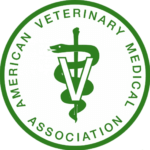 The Food Safety Advisory Committee had been developing a policy on GMO and GE foods for a number of years. Recent legislation requiring the labeling of GMO and GE foods prompted the committee to focus on the food safety aspect of such foods.

Recognizing that mandatory labeling can send the message of a food safety hazard when, in fact, there is none, the committee believed it was necessary to emphasize the safety and contribution to the food supply of such products while addressing the labeling component within the policy.

The committee recommended the Board approve the policy to address a gap within AVMA position statements.

The GLP aggregated and excerpted this blog/article to reflect the diversity of news, opinion, and analysis. Read full, original post: AVMA supports safety of GMO and GE foods