Risky move? Inside look at why Russia has turned against GMOs

When Russian Federation President Vladimir Putin last year signed a law (passed by the country’s legislature) banning the importation and cultivation of genetically modified plants, seeds and livestock, he made an easy decision, politically. But in the long run, it could prove risky.

Russia’s been in the news a lot lately, but the latest political revelations obscure an ongoing change in how the country is managing its considerable agricultural resources. A prominent scientist, Pavel Volchkov, head of the laboratory of genome engineering at the Moscow Institute of Physics and Technology, offered some scientific “insider” perspectives.

When it was still the USSR, government officials used a centrally planned economy to boost livestock production, hoping to increase meat and dairy consumption and improve the nation’s standard of living. Using direct subsidies, they succeeded: Meat production jumped by 60 percent between 1970 and 1990. To feed all these animals, they imported huge quantities of grain, soy, and meal, mostly from the United States.

Since the USSR’s deconstruction, these numbers have reversed. Russia is now a meat importer (it’s been a lot cheaper than domestic production) and an exporter of grains. These exports have rapidly increased since 2002.

However, things changed again in 2014. Russian military and political actions in the Ukraine resulted in economic sanctions against the country from the US, European Union and other countries. That August, Russian retaliated by banning agricultural and food imports from many of those countries. While the ban has hurt Russian consumers in their wallets and pocketbooks, it has not been politically harmful. 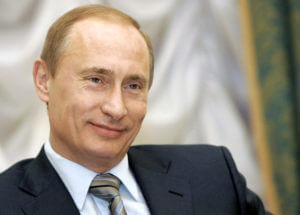 But it does provide context for the latest GMO ban, which was first proposed in 2014.
“Agriculture is a fundamental part of our life,” Volchkov said. “Russia owns one sixth of the Earth. But we have more land that isn’t suitable for agriculture.”

This, to Volchkov, is where the risk from banning GMOs comes in. Genetic modification can create plants that are resistant to higher temperatures, droughts, and other issues problematic to growing and raising plants and animals. For Volchkov, CRISPR and other modern breeding tools could pave the way for Russia, and the rest of the planet, to reach higher production rates:

“Most scientists think CRISPR is a really magic tool, because with precise genome editing, you can do so many different things. You don’t have to breed animals or plants, and you can try to combine polymorphisms and alleles of interest and combine in one organism.”

However, Putin and Russian regulators and politicians (and to a large degree the Russian people) are – to put it mildly – skeptical of GMOs.

When Putin signed Federal Law 358-Z, prohibiting “cultivation of genetically engineered plants and breeding of genetically engineered animals on the territory of the Russian Federation,” he put restrictions on a technology that polls show is feared by about 80 percent of Russians. On the surface, it also was an economically easy decision, as the proportion of GMO-containing food declined from 12 percent to just 0.01 percent since 2007, according to Russia Today.

Anti-GMO groups and websites like Natural News and Sustainable Pulse also celebrated the decision, making a logical leap that this decision could curb any GMO development. According to Sustainable Pulse:

This law makes Russia the world’s largest GMO-free territory and offers a great platform for the development of organic agriculture.

Natural News and other sites went a step further, posting an alleged quote by Putin against GMOs, vaccines, and fast food:

We as a species have the choice to continue to develop our bodies and brains in a healthy upward trajectory, or we can follow the Western example of recent decades and intentionally poison our population with genetically altered food, pharmaceuticals, vaccinations, and fast food that should be classified as a dangerous, addictive drug.

There’s no evidence, however, that Putin ever said this. 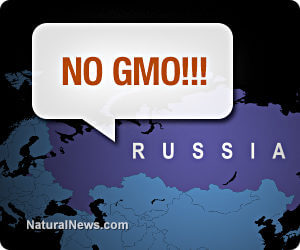 In addition, the new law does allow for domestic research and development of GMOs. It also allows for import of GMO foods (like soybeans) for consumption, and sets the stage for a regulatory agency that could approve (or disapprove) genetically modified crops and animals.

The first and third provisions — generally ignored by US and European anti-GMO activists — may hold the future of Russian agriculture. Today’s Russian government doesn’t include an agency as influential and sophisticated as the FDA. According to Volchkov,“As soon as GMO products appeared, the government realized it had to regulate it. It wasn’t clear what they had to do.”

The USDA Foreign Agricultural Service estimated that under the 2014 restrictions, a new registration and approval process would allow cultivation of GMO crops, but not before 2023 or 2024. It’s not clear now how much registration could happen.

But the other provision allowing research, could create Russian-originated genetically modified products, which could be more political palatable, especially if created by cis-genic or CRISPR methods.

“It’s important to do research and development in Russia,” Volchkov said. “Government supports this work with funds, grants, and a little bit with venture companies.” He has worked with US, Canadian and other non-Russian companies to develop genetically modified plants, which is allowed. “But it doesn’t make sense.”