Nobody knew it then, but the genetic mutation came to Utah by wagon with the Hinman family. Lyman Hinman found the Mormon faith in 1840. Amid a surge of religious fervor, he persuaded his wife, Aurelia, and five children to abandon their 21-room Massachusetts house in search of Zion.

Earlier this year, I met Gregg Johnson, Lyman and Aurelia’s great-great-great-great grandson. The genetic mutation that had traveled the Mormon Trail was now in Gregg, one of hundreds of the Hinmans’ descendants in the Utah area. 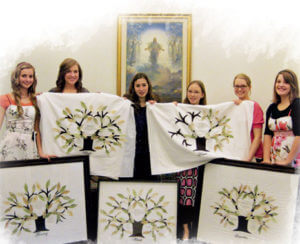 Gregg knows the history of this mutation in a gene called APC because he’s spent more than 30 years in a series of studies at the University of Utah—made possible by a vast trove of Mormon genealogy records. Detailed family trees make it easier to trace genes that cause disease. After the Hinmans and other pioneers settled in the state, the Mormon church kept records that over time became an unusually detailed and complete genealogy.

They found patterns of deadly inheritance:  BRCA1, one of the infamous cancer mutations, as well as mutations for cardiac arrhythmia and melanoma…When Lyman hitched his wagon for Utah a century and a half ago, he ended up setting a course for colon cancer research.

The GLP aggregated and excerpted this blog/article to reflect the diversity of news, opinion, and analysis. Read full, original post: What Mormon Family Trees Tell Us About Cancer