Infographic: How crops are genetically modified to resist plant viruses

Plant viruses can be serious pathogens in crops as they can cause anywhere from minor losses to total crop failure. [T]he primary mechanism of virus transmission is by arthropod vectors such as mites and insects. Because of the speed of infection and the devastation that crops can suffer, farmers focus on preventing the introduction of these viruses, which can slow or reduce its spread. However, one of the best strategies is to engineer resistance to the viruses themselves.

[T]his technology has saved at least one crop, papaya grown in Hawaii, and holds the potential to grant those in developing nations food security by preventing losses in staple crops. Some of the other benefits of this approach to controlling plant viruses is that it reduces sprays that were used to control the arthropod vectors, while not altering how the crops are grown. 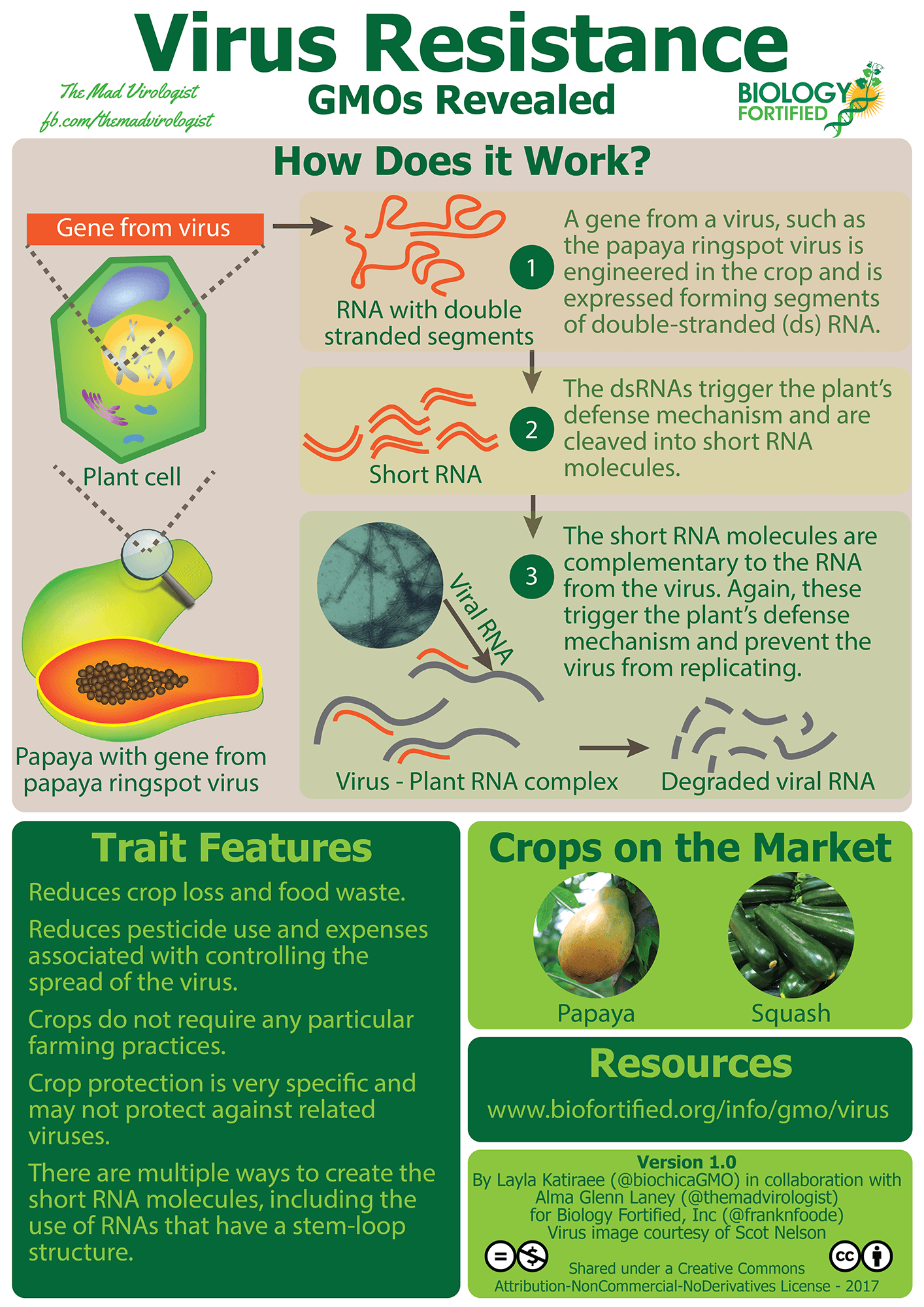