Three years ago, at a fundraiser near Philadelphia for the Curing Retinal Blindness Foundation, I stood, dumbstruck, as young teen Christian Guardino took the stage and belted out Don’t Stop Believing. Christian had recently undergone gene therapy that was already beginning to illuminate his darkening world – but most in the crowd didn’t know that.

Next to me was Dr. Jean Bennett, the physician-scientist who pioneered the gene therapy for what was then called Leber congenital amaurosis type 2. She asked me not to tell anyone about Christian’s treatment.

The world heard Christian last month when he performed in June on for American’s Got Talent, singing the 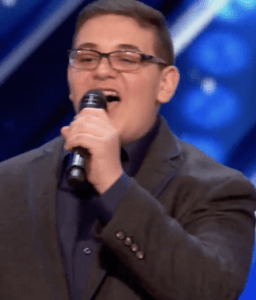 Jackson 5’s “Who’s Lovin’ You.” Fox News mentioned his blindness in what is perhaps the greatest oversimplification of a biotechnology of all time: “When Christian Guardino was young, he learned that he would lose his sight. Fortunately, thanks to some gene therapy, he later regained the gift of sight. In the interim, he turned to music and stuck with it.”

Christian didn’t just order up gene therapy like a side of fries.

The first clinical trial of gene therapy for a single-gene disease in the U.S. was in 1990. The publication of the phase 3 clinical trial data for the gene therapy for “RPE65-mediated inherited retinal dystrophy,” the disease that Christian has, bestows the name Luxturna, and FDA acceptance of Spark Therapeutics’ Biologics License Application (BLA) with priority review. These are giant steps forward in achieving the company’s mission statement to “challenge the inevitability of genetic disease.

Corey Haas owes his vision to the gene therapy he received at age 8. He is 14 in the accompanying photo, and will turn 17 in September.

The decade-long story of the clinical trial for the inherited blindness frames my history of gene therapy, published in 2012. The Forever Fix: Gene Therapy and the Boy Who Saved It (St. Martins’ Press, 2012) follows Corey Haas, the same age as Christian, who had his first eye treated in 2008 –and sees so well that he goes fishing and turkey hunting. Without gene therapy, his world would be dark. Since the book came out I’ve followed families whose children are having gene therapy for a variety of conditions right here at DNA Science.

The phase 3 findings for the blindness, published in The Lancet, evaluate 21 patients in the treatment group and 10 others randomized to the control group who continued to have their vision evaluated the same way that the treated patients did (because sham surgery isn’t ethical). A year later, all of the controls had the procedure too. And all have done great – as have others in the earlier clinical trials.

The crux of the research, and part of what took so long, was the invention of a mobility course to evaluate a person’s ability to navigate obstacles on a winding pathway under low light conditions. A test of real life, it’s a crucial complement to standard assessments of visual field, visual acuity, and imaging the layers of the retina.

I’ll never forget watching Corey at his two-year check-up at Children’s Hospital of Philadelphia (CHOP) tackle the mobility course after just one eye had been treated. Covering that eye, the boy wobbled and careened, “Dr. Jean” offering her hand when he teetered too far of course. Yet covering his still-blind eye, he zipped through the maze.

I was frustrated. CAR, although widely described as gene therapy because it sticks DNA into viruses, isn’t really. Instead, it creates a double-whammy drone-like not-seen-in-nature immune response; it doesn’t bolster a deficient enzyme. And a cancer is not at all like a single-gene disease.

So I believe that Luxturna to treat RPE65 blindness will still be the first actual gene therapy approval. Katherine High, MD, president, chief scientific officer and a founder of Spark Therapeutics, agrees. I spoke with her earlier this week about the recent progress. An excellent interview about her background is here.

Ricki Lewis: How will patients be selected to receive Luxturna? Is newborn screening plausible?

Katherine High: It’s for symptoms of vision loss in people with two autosomal recessive mutations in the gene RPE65. Initial licensing will be for children 3 years of age through adults. All of our work was done in children aged 3 or older, because treating younger children would require innovations in surgical technique.

RL: Can you describe the protocol?

KH: The first eye is done and within 6 to 18 days, the second eye is done. So it takes about 2 weeks. The protocol provides a chance to make sure the first eye is healing and that the person has the opportunity to get the patch off.

RL: What will Luxturna cost? Will savings on no-longer-needed treatments and aids be considered?

KH: Cost is under discussion. Part of the organization that Spark is building is to make sure that anybody who is a candidate for the therapy will have access to it. We’re talking to key stakeholders – the patient community, payers, health care providers, and policy makers. It’s different in Europe, where all social services and educational services and so forth required for people with impaired vision comes out of the same pot, whereas in the US those kinds of services are separate from the payers. So cost, and cost savings, will involve a more complicated algorithm.

RL: Spark is also developing gene therapy for hemophilia B, with interim findings recently presented at the International Society for Thrombosis and Hemostasis meeting in Berlin. You’ve been working on that condition a long time! Update? 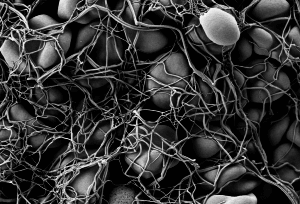 KH: It’s hard to imagine what it’s like to take clotting factor once or twice a week for your whole life — and then not to have to. Individuals with hemophilia are always planning around when they last had an infusion of factor IX. Do the infusion, the level of clotting factor peaks, and then it slowly comes down until the next infusion. As it’s coming down, the patient is at risk for bleeds. So people always have to think about it. ‘I’d like to go to the gym, and the last infusion was 40 hours ago. Can I? I want to take the kids down to the park. When was my last infusion?’

RL: Another hemophilia B clinical trial uses the oldest form of genome editing, zinc finger nucleases. Are the two approaches in competition? (Gene therapy adds a gene; gene editing can swap a functioning gene for a mutant one.) 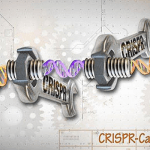 KH: They both could work. Clinical experience with gene editing is much earlier and it can take time in clinical development to uncover challenges and work through them. With these complex biologics, only a certain amount can be learned from the animal models. Then in clinical investigation you have to look at results and understand what they mean and possibly modify a protocol or institute a course correction. That was true for monoclonal antibodies, for bone marrow transplants, and for straight gene therapy. Will gene editing have a shorter path? Perhaps.

RL: Where will gene therapy be in five years?

KH: Clinical development timelines will become shorter. We started the clinical work for voretigene (aka Luxturna) in 2007, but I began working on it, with Jean Bennett and Al Maguire, in 2005. We initiated the trial in 2007. We paused along the way to discuss with regulators the best way to proceed. We had to do a natural history study, for example, and we had to evaluate the mobility test. We had to build the infrastructure for studying this ultrarare form of inherited retinal dystrophy.

We will continue to see proof-of-concept of gene therapy demonstrated in different target tissues. We’re seeing promising results in gene delivery to the liver and the central nervous system. I hope we will see continued accumulation of successful clinical results in a range of target tissues and continued progress in bringing gene therapy products to licensing. One of the challenges in my career has been interesting physicians in learning more about gene therapy. When gene therapy products are licensed, there will be increased interest in the medical community, and that will help to expand opportunities.

RL: Your attempt to catalyze interest in gene transfer goes back pretty far, as does gene therapy itself. And of course the field had to overcome the setbacks of the turn of the century – Jesse Gelsinger’s death and the boys who developed leukemia.

KH: Back in the 1990s when I worked with a gene therapy company in northern California, I kept telling them they should work on this gene, RPE65. They declined because of the small patient population, and I said it’s a great proof-of-concept idea and it’s probably going to work. (It’s a straightforward enzyme replacement via genetic instructions to an accessible tissue.)

After the high profile adverse events and everyone pulling out of gene therapy, Children’s Hospital of Philadelphia gave us the resources to set up vector production in-house. Dr. Steven Altschuler, then CHOP CEO and now chairman of the board at Spark, said “we’ll help, but you can’t just commit the resources all to hemophilia. You have to work on a genetic disease that affects children.” I said I know exactly what I’m going to do, and I went and talked to Jean Bennett.

CHOP gave us the luxury of working without worrying how big the market was. I will always be grateful to Dr. Altschuler for having had the courage to make that decision when things didn’t look very good for gene therapy. The other important decision he made was to spin out Spark. We were discussing many possibilities, including partnering with biotech or pharma, but most of them knew very little about gene therapy. And I was concerned about what would happen to the program for gene therapy for this ultrarare disease if put in the hands of a big company and they have a bad year.

(Spark Therapeutics formed in March 2013, the month my book came out in paperback.)

RL: So when will ophthalmologists be able to save young people like Corey Haas and Christian Guardino from living in darkness?

KH: FDA has accepted the Biologics License Application for priority review. That means that they have 6 months to decide. So there will be much back and forth with requests for additional information, and then typically for a novel therapy like this they would arrange an advisory committee meeting.

RL: So 2018 will likely be the year for Luxturna to “challenge the inevitability” of this one genetic disease. It’s a giant first step to achieving Spark’s vision: “A world where no life is limited by genetic disease.”

A version of this article was originally published on the PLOS website as “Luxturna: A Giant Step Forward For Blindness Gene Therapy – A Conversation with Dr. Kathy High” and has been republished here with permission.