The Defense Advanced Research Projects Agency (DARPA), the think-tank that’s under the U.S. Department of Defense, recently announced that it’s working on a new project that could change how pertinent information is gathered on the battlefield. The project, dubbed the Advanced Plant Technologies (APT) program, examines the possibility of turning plants into next-generation surveillance technology.

“The program will pursue technologies to engineer robust, plant-based sensors that are self-sustaining in their environment and can be remotely monitored using existing hardware,” the agency said in a press announcement. The APT’s goal is to boost the natural stimulus-response mechanisms in plants to “detect the presence of certain chemicals, pathogens, radiation, and even electromagnetic signals.”

Using gene editing techniques that have already proven effective in plants, DARPA hopes to make these plant-based sensors susceptible to these stimuli without harming their ability to grow and thrive. However, the plan to mutate the plants “far beyond current practice,” modifying multiple complex pathways to trigger “discreet response mechanisms” upon detection of such stimuli. 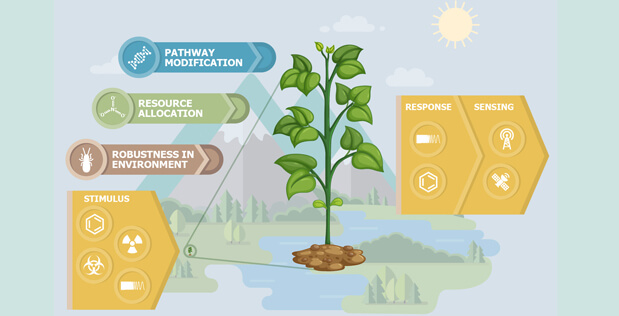 The GLP aggregated and excerpted this article to reflect the diversity of news, opinion and analysis. Read full, original post: DARPA Wants to Use Genetic Modification to Turn Plants into Spy Tech

Is it safe to go back to the gym?