When it comes to brain cancer incidence rates, we have to distinguish between a scientific approach and a blinkered approach determined to find evidence of what it wants to find.

This is now my third column on the topic of cell phones and brain cancer. This line of discussion is undoubtedly getting tiresome. But when people in academic positions at respected institutions can make the flimsiest assertions that many people accept on faith and can incite a confused warning from a state department of public health, people who are serious about evaluating the evidence have an obligation to speak up.

[California moved in December to release guidelines telling the public how it can avoid harmful “radiation” from cell phones. “Some scientists and public health officials believe RF energy may affect human health. This guidance document describes RF energy, lists some of the potential health concerns, and provides guidance on how people can reduce their exposure,” the document read.]

There are two ways of approaching the question of brain cancer incidence. One is to examine the most comprehensive and reliable data on trends over recent decades to determine whether there has been any consistent, substantial change. If there are changes, one must then ask whether they reflect real changes, as opposed to artifactual changes due to improved diagnostic techniques or coding practices. Only then should one proceed to next step of considering possible causes.

A second way of approaching the question is to look at statistics on time trends in the incidence of brain cancer, or specific types, latch on to some apparent increase and then invoke a favored explanation — in this case, exposure to cell phone radiofrequency (RF) radiation. This second approach minimizes the difficulty of identifying a solid trend in the statistics that is not due merely to chance variation or changes in data collection procedures. Furthermore, in its eagerness to find evidence of a rise in incidence, it concentrates only on increases and, thereby, ignores the overall pattern of the data. In doing so, it provides a classic example of how to misinterpret statistics. 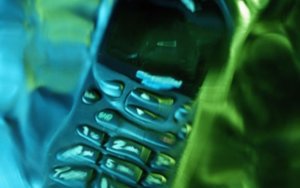 Many readers will find what follows technical and tedious. But that is the whole point. It takes hard work to assess these kinds of data critically and determine what one can conclude from them. For example, the demonstration using regression analysis of a significant increase in cancer rates over an extended time period does not establish that there has been a steady increase in rates consistent with an environmental cause. I am writing this piece in this venue — rather than in a scholarly journal — because this question is being raised in the public arena. For this reason, the science relating to the question needs to be aired in the public arena.

In response to my earlier piece critics wrote in asserting that there has, in fact, been an increase in the incidence of brain cancer in the U.S. and referred me to a 2012 paper by Zada et al. In this paper, researchers from the University of Southern California examined the incidence of glioma in 3 cancer registries over the period 1992 to 2006. The registries are the Los Angeles county cancer registry, the California Cancer Registry, and SEER 12, which combines data from 12 registries in the National Cancer Institute’s Surveillance Epidemiology and End Results (SEER) program.

It should be noted that Zada et al. report the results of regression analyses of trends in brain cancer rates, but in their paper there is no mention cell phones or of any other specific environmental factor.

The authors reported that in all three registries the age-adjusted incidence rate for all gliomas decreased over the 15-year period by 0.5% to 0.8 % per year. However, the incidence of glioma in the frontal lobe increased by 1.4% to 1.7% per year. Regarding glioblastoma (GBM), there was no significant increase in this type overall; however, glioblastoma occurring in the frontal and temporal lobes increased in all 3 registries by 2.4 to 3.0% annually and by 1.3 to 2.3% annually, respectively.

The incidence of GBM in the parietal and occipital lobes remained stable, whereas there was a decrease in “overlapping sites” by -2.9 to -3.6% per year. A tumor is assigned to “overlapping sites” when it is not clearly confined to a single region of the brain.

The key data in the paper are presented in the graph labeled Figure 2. If one looks at the graph, one sees that the increase in frontal lobe GBM is mainly confined to the period 2000 to 2003, particularly in the two largest registries.  Similarly, for temporal lobe GBM there was no increase during the period 1992 to 2000. The increase is largely confined to the period 2000 to 2003. The next most common category is “overlapping GBM,” for which one sees a consistently declining trend after 2000.

Given that the rates for GBM occurring in different areas of the brain tend to fluctuate, as seen in Figure 2, it would be of interest to see what happens with more years of data beyond 2006. Does the upward trend continue? Does it flatten out? Does it turn downward?

In fact, we have data from the SEER 13 (SEER 12 plus the LA registry) for the period 1992 to 2014. SEER 13 covers approximately 14 percent of the U.S. population. Looking at data for this longer period, it becomes clear that the rates, and trends in rates, differ considerably in the periods 1992-2002 versus 2003-2014. The rates jump, or step up, after 2002, rather than rising in a steady fashion. For the period 2003 to 2014, there is no significant increase in rates for all GBMs, frontal lobe GBMs, or temporal lobe GBMs. The rates for frontal lobe and temporal lobe GBMs are flat for the period 2003-2014. The step up relative to the earlier period could reflect changes in classification noted in the Dutch paper – one in 2000 and one in 2007 (referred to in my previous column). For “overlapping GBM” there is a clear downward trend in rates from 2000-2014. Some of this reduction must be reflected in the increasing rates in other areas of the brain. All of this suggests that changes in coding of the anatomical sub-site within the brain provide the most plausible explanation for the observed trends, rather than an environmental cause.

Taking things one step further, we have data for a larger set of registries — SEER 18, which includes SEER 12 and LA, for the period 2000 to 2014. In this larger dataset the incidence of glioblastoma (overall, for frontal lobe, and for temporal lobe) was flat from 2003 through 2014.

All of this indicates that, contrary to the assertions of “microwave activists” eager to discern evidence of the impact of radiofrequency energy on brain cancers or some subset of brain cancers, there is no evidence of a consistent upward trend in the rates of any of these entities over the last 12 years. 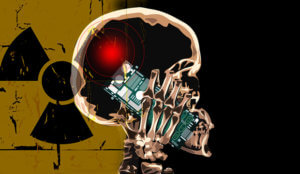 One other point deserves mention. The activists pointed to the Zada et al. paper as providing evidence of an increase over time in GBM incidence. As we have seen, rather than a consistent increase over the whole period, GBM in the frontal and temporal lobes showed a stepped increase in the period 2000 to 2003 with stable rates thereafter.

But while the activists are eager to point to these increases, which, as argued above, are most likely artifacts of changes in coding or diagnosis, they overlook another point. This is that the temporal lobe is considered the part of the brain that would receive the greatest exposure to RF, whereas exposure of the frontal lobe would be considerably lower. But the data analysis by Zada et al. indicates that the increase is stronger for frontal lobe cancers.

It’s easy to be fooled when looking for trends in cancer statistics and to find things in the data that support your hypothesis. But unless the change is large and sustained, and confirmed in independent datasets, it behooves one to be cautious in one’s claims. Only time and better data (larger datasets and more carefully-analyzed data) will tell whether a slight increase is indicative of a real trend in the data that signals something meaningful.

The value of establishing the“baseline” incidence of brain cancer is that it will allow us to identify a real and substantial change when and if this occurs.

Geoffrey Kabat is a cancer epidemiologist at the Albert Einstein College of Medicine and is the author of Getting Risk Right: Understanding the Science of Elusive Health Risks

A version of this article was originally published on Forbes’ website as “What The Best U.S. Data Have To Say About Brain Cancer Rates” and has been republished here with permission.