Extraterrestrial life may have different chemistry, but evolutionary forces will be Earth-like

This article or excerpt is included in the GLP’s daily curated selection of ideologically diverse news, opinion and analysis of biotechnology innovation.
More than 2,500 years ago, the philosopher Anaxagorus suggested that life existed on multiple worlds, due to “seeds” propagating through the cosmos. Nealy a century later, another philosopher, Epicurus, noted explicitly that Earth could be just one of many inhabited worlds, and five centuries after him, still another Greek thinker, Plutarch, noted that probably the Moon was inhabited by creatures.

For centuries, people speculated about how those extraterrestrial creatures might look and behave. Meanwhile, about a century prior to Anaxagorus, the philosopher Anaximander proposed that humans came into existence through an evolutionary process beginning with fish. It was a forerunner idea of evolution by natural selection that Charles Darwin would propose and then turn into a theory through years of observation and study.

Natural selection achieved the status of being a scientific theory, because it makes predictions that could be tested and today it continues to pass the tests. Consequently, in biology we consider natural selection as the prime evolutionary force. We see it as the basis for the presence of life on Earth, and the numerous directions that life on this planet has taken over 4 billion years. And new research suggests there’s no reason to think the forces of natural selection are limited to our own planet.

In astrobiology, we assume that natural selection must be the prime mover of evolution of life everywhere else. This makes perfect sense, given that Darwin had no idea about the mechanisms of genetics. He knew traits were passed down through generations, but he didn’t know what carried those traits any more than Anaximander knew. And despite not knowing the mechanism, his natural selection works just as well to explain today’s molecular data as it worked in the 19th century to explain observations of animal forms.

Natural selection is worked into our investigations of possible prebiotic chemical systems that could have led to biology here on Earth, and elsewhere. On Saturn’s moon, Titan, for instance, hydrocarbon compounds comprise lakes, rivers, and rain that could act as a model for chemistry on Earth prior to life. Moreover, when scientists experiment with prebiotic chemical systems, the idea that prebiotic chemicals should evolve through natural selection is axiomatic, because such selection can enable complex molecules to improve their capability to make copies of themselves. Thus, a research team at Cambridge University in the UK published a study in the International Journal of Astrobiology. Using the a natural selection framework, they make specific predictions about the direction that evolution should take on other worlds, namely that complexity should increase over time, just as it did here on Earth.

Related article:  Coronavirus immunity passports could create a world of 'us and them'. But here's why they make sense 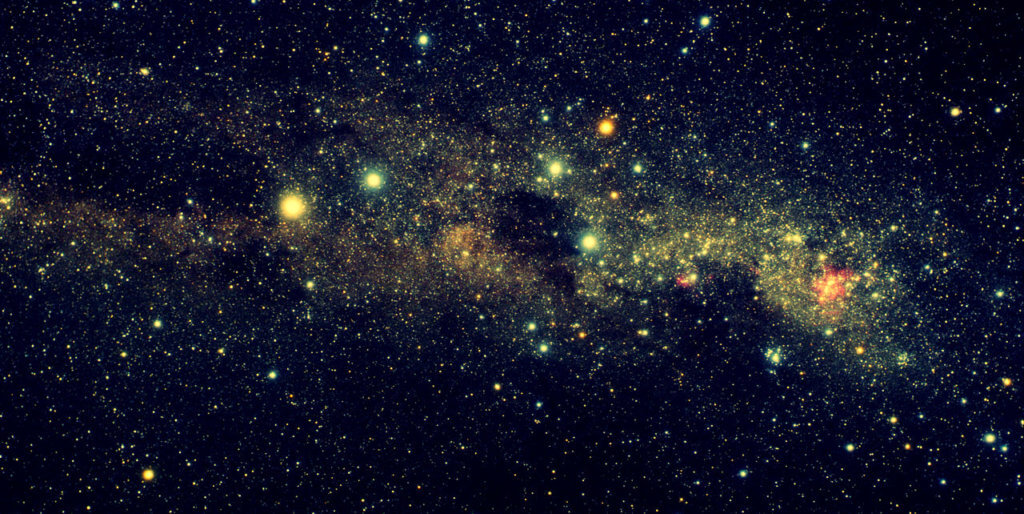 This is a perfectly rational approach. Moreover, failing to acknowledge that natural selection should be as central to biology throughout the Cosmos as it is here would imply that life here is special, and thus it would constitute a regression to a mindset that for centuries placed humanity at the center of the universe.

Appreciating that natural selection must drive biology everywhere does not fall in the same category as assuming that life everywhere must utilize the same 20 amino acids that Earth life uses to make proteins, or that extraterrestrial life must use DNA to store genetic information. The very fact that natural selection was discoverable so many decades prior to the discovery of DNA illustrates that it is really a kind of universal principle of life. Natural selection enjoys a status in biology similar to what gravitation, electromagnetism, and other forces enjoy within physics.

This means that when we finally do identify living systems on another world and seek to classify and understand the various organisms that comprise it, we won’t be starting entirely from scratch. We’ll have a lot to learn in terms of the chemistry, what the particular extraterrestrial system uses to carry hereditary information, which chemical compounds it uses for energy metabolism and the like. But the forces driving evolution will be same as they are here. This means not just natural selection, but mutation and all the other forces too.