Viewpoint: How European activists lobby for a glyphosate ban despite findings of its safety

In January, the European Parliament announced that it will set up a Special Committee on the Union’s authorization procedure for pesticides. This move comes after the re-authorization of the herbicide glyphosate, which has been under repeated fire from anti-GMO activist groups for alleged health concerns. This parliamentary committee “investigating potential failures in the EU’s system for renewing pesticides” is set to be chaired by Eric Andrieu, a French parliamentarian who campaigned hard against the renewal of glyphosate’s license in the EU. 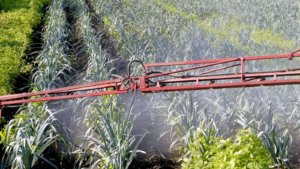 Glyphosate, also sold under the trade name Roundup, is often paired with genetically modified crops. It is the world’s most widely used herbicide because of its effectiveness and mild toxic profile.

The Parliament, clearly hostile to the reauthorization, said it intends to assess conflicts of interest, and, specifically on the issue of glyphosate:

…analyze and assess, by using an evidence-based approach, the potential failures that might have arisen in the scientific evaluation of the approval, or renewal of approval, of active substances such as glyphosate by relevant EU Agencies, as well as compliance by the EU Agencies with relevant Union rules, guidelines and codes of conduct in force.

This move is political and not based in science, It comes after a decision in 2015 by the European Food Safety Authority (EFSA), which concluded that glyphosate is “unlikely to pose a carcinogenic hazard to humans”. Dozens of other independent regulatory bodies around the world have reached the same conclusion, including in Canada, Australia and New Zealand, three agencies of the World Health Organization, and most recently, in December by the US Environmental Protection Agency, which concluded what is believed to be the most extensive reviews of herbicide ever undertaken:

The European Parliament has brushed off the science, giving in to NGO pressure, which has called for exactly these investigations into the approval process. Why? And who exactly are these environmental activists who lobby the European Union on the issue of herbicides?

All of these NGOs are relying on a report by the International Agency for Research on Cancer (IARC), a sub-agency of WHO, which to date happens to be the 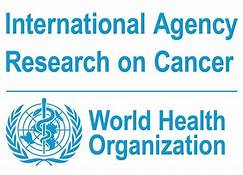 only organization that classified the herbicide as “probably carcinogenic”. Why is IARC such an outlier? Because it does not assess the likelihood of a person getting cancer (risk) but whether an agency could under any circumstances cause cancer (hazard). It puts glyphosate in the same ‘danger zone’ as eating red meat, working the night shift, or getting a suntan, and much less dangerous than drinking alcohol. IARC has looked at nearly 1000 substances or situations and all but one have been ‘linked’ to cancer—including coffee, which the State of California is now considering requiring warning labels because it follows the IARC ‘hazard’ system, which mainstream science now considers outdated and deceptive.

But the mere fact that the European Union’s own agencies contradict the IARC research, is, according to these activists, a result of corporate influence. The EFSA (European Food Safety Authority) writes: “The evaluation considered a large body of evidence, including a number of studies not assessed by the IARC which is one of the reasons for reaching different conclusions.” In October, Reuters had suggested that the agency had edited out findings which suggested that glyphosate was indeed not carcinogenic.

The list of the individual EU member states is considerably longer, and would likely exhaust the capacity of a post on this website. While appearing to be a vast range of different organizations acting independently, they are actually linked together closely in their campaigns in various ways, organizationally and financially. 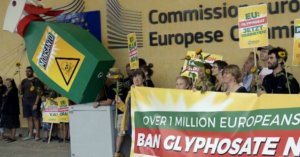 Global 2000 is an Austrian environmentalist organization which cooperated with eight organizations that were previously mentioned in a joint report in 2017 accusing industry groups of “buying science”. In fact, these NGOs routinely cooperate with each other, attend each other’s events and benefit from the same donations. Corporate Europe Observatory and Friends of the Earth not only profit from donations from the same foundation (the Isvara Foundation, run by agro-business millionaire Ayman Jallad), but share the same office address in the EU’s capital in Brussels.

This exact address (Rue d’Edimbourg 26,1050 Brussels) is also shared with Counter Balance, an activist group that challenges public investment banks, and which has Friends of the Earth as one of its members. Safe Food Advocacy Europe (SAFE), one of the NGOs that campaigns against glyphosate, has three accredited lobbyists to the European Parliament, yet only spends €10,000 year ($12,300)–which raises serious questions about its workings.

GM Watch (an anti-GMO activist group in the UK), also in the list of contributors to anti-glyphosate reports and also funded by the same Isvara Foundation, simultaneously receives contributions from Friends of the Earth. The Isvara Foundation itself is, according to Politico Europe, incorporated in Liechtenstein and managed by the Swiss bank UBS in Zurich, and only one of the five donors to Isvara is even known to the public. This lack of transparency and hidden relationships, financial and otherwise, is the hallmark of the anti-glyphosate movement–ironic in the light of its attacks on Big Ag.

Most of these environmentalist NGOs all have different public faces but are interconnected, with common reports, events, membership and general funding. This provides the illusion of a ‘mass uprising of outrage’ by disparate groups but is actually an ideological collective that shares resources and has the same agenda. Many of these groups also receive grants from the European Union itself.

The aforementioned NGOs have over 30 accredited lobbyists in the European Parliament, which means that if all of them talked to only one parliamentarian a day, they’d cover the entire body within four weeks. That’s 751 elected officials, and doesn’t even account for their countless meetings with members of the European Commission, which is the body that proposes legislation in the EU.

In order to include civil society on important issues, the EU also regularly launches so-called consultations, in which it tries to get feedback from civil society. On free-trade deals, which were also opposed by these organizations (because GMO foods might be imported, amongst other things), NGOs have hijacked the process in their favor. In 2016, the European Centre for International Political Economy (ECIPE) published a 147-page report regarding the rise of anti-TTIP (the trade negotiation between the European Union and the United States) advocacy groups, in which it writes this about the consultation process for TTIP:

During the ISDS consultation, 97 percent of all replies were submitted by a small number of campaign groups. These responses were often identical or at least very similar to one another. Prior to the consultation, a few anti-TTIP civil society organisations had set up easy-to-use online tools to facilitate participation in the consultation proceedings.

In fact, when reading the recent decision by the European Parliament, we find that the wording is awfully similar to that of organizations that have actively lobbied against glyphosate. The voices of activists, and the organic and green lobbies that financially support them, appears well represented. The key missing voice: farmers, and consumers who are forced to pay higher prices for food.

Back in October, the European Parliament had voted on a resolution demanding a ban of glyphosate by 2022. One UK parliamentarian had added during the debate: “Ignoring evidence because politicians do not agree with it is not an option. Farmers across the EU rely on glyphosate and the uncertainty surrounding its renewal, which exploits emotional judgment for political gain, won’t go away if it’s only approved for a further five years.”

The European Union is full of anti-science lobbyists with a complicated relationship with the truth, and of parliamentarians willing to listen to the scaremongering of radical activists.