This article or excerpt is included in the GLP’s daily curated selection of ideologically diverse news, opinion and analysis of biotechnology innovation.
The cost of current biotech industry regulations might not be obvious to consumers, but it’s clear to researchers.

“We’ve got nothing on the market for animals. Zero. Twenty years of zero. That’s the cost of regulation. That’s my entire career,” said Alison Van Eenennaam, a geneticist with the University of California-Davis. “I very much understand the opportunity costs of tying breeders’ hands behind their backs because we have developed these disease-resistant animals, we have developed animals that more efficiently digest their feed and reduced environmental impact per pound of gain, and they haven’t come to market.”

Van Eenennaam said many genetically engineered animals have not been commercialized because regulatory costs are prohibitive. And it’s unlikely to change unless regulations for gene-edited products avoid the regulatory environment that has kept smaller companies and some academics from using transgenic processes to produce innovative agricultural products. Transgenic breeding involves the moving of genetic material between unrelated plant or animal species. These types of crosses have been used to create many of the crops, including corn, soybeans and cotton, that dominate farms in the US and other nations where GMOs are allowed to be grown.

According to a 2011 CropLife survey, it costs an average of $136 million and takes 13 years to bring a GMO crop to market. That’s a price that can only be paid by the largest of companies. Said Van Eenennaam:

So yeah, the environmental implications of slowing down or excluding access of breeders to innovation is draconian, especially in animal production. I see that lost opportunity, perhaps the public doesn’t, but breeders do.

Ironically, GMO opponents often point out that only large companies benefit from biotechnology while lobbying to make it more difficult and costly to produce GMOs. As a result, few small companies have successfully navigated the regulatory maze to commercialize transgenic products. One of the few success stories is that of Aquabounty and its genetically engineered salmon.

“We have a 25-year pedigree on that fish and we know everything about it, including the DNA sequence,” Stotish said.

It took about 20 years to commercialize the product from the time AquaBounty completed developing the salmon. Stotish pointed out there was no regulatory pathway back then, and agencies were trying to decide how to deal with GE animals. The FDA finally approved commercialization in 2015 and Health Canada approved it the following year.

AquaBounty, with 39 employees, is one of the few small companies that have undertaken the Herculean task of commercializing a transgenic food.

Another small company, Okanagan Specialty Fruits also used genetic engineering to create the Arctic apple varieties, which don’t turn brown after being cut. Neal Carter, president of Okanagan, said it took about 15 years — five years of development, five years of data collection, and five years of regulatory oversight — to get the product to market in late 2017. Said Carter:

From 1996 to 2015, we existed by having 45 shareholders who were very patient, running a business that was very frugal. There were some days when you wake up wondering whether it’s going to happen or not.

In 2015, Intrexon purchased Okanagan, and Carter said the buyout gave the company “more staying power,” and less need to worry about financing. Intrexon also became majority stockholder of AquaBounty in 2012. 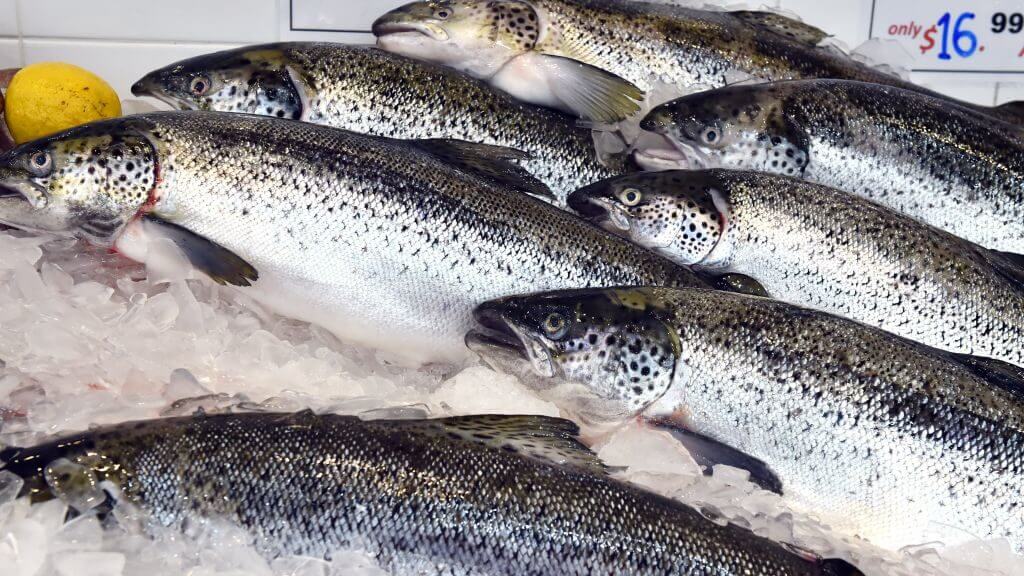 From his perspective, the prospect of a small company developing a transgenic product is “doable, but it’s very hard.”

That’s one reason scientists are excited about the advent of gene editing.  Biotech advocates hope that because gene editing isn’t necessarily transgenic, the products produced will be less heavily regulated — or not regulated at all. That could open things up for innovation at smaller companies and for university research as well.

Gene editing as a drug

The US Department of Agriculture and the Food and Drug Administration recently agreed to work together to update biotech regulations, including a review on gene-editing regulations. Currently, the agencies are taking opposite approaches to the issue.

For instance, the USDA’s Animal and Plant Health Inspection Service (APHIS) has ruled that gene-edited products such as the non-browning mushroom fall outside its regulatory authority because they do not contain foreign DNA from ‘plant pests’ such as viruses or bacteria.

But the FDA in January 2017 proposed regulations that would treat gene-edited animals as they would a new drug — just as the agency treated transgenic animals. The argument was that edits to DNA changed the body’s function, as with a drug. The proposal came in the Obama administration’s last days, and the Trump administration is viewed as friendlier towards agricultural innovation. The FDA took comments on the proposed regulations, but the agency has not yet come forward with new proposals.

Van Eenennaam said the FDA’s proposed regulations made no sense from a scientific perspective: “By definition, DNA alters the form or function of our bodies — that’s the purpose of our genome.”

Van Eenennaam collaborates with a company, Recombinetics, that has used Talen, a new breeding technique, to develop hornless dairy cows, which earned praise from several animal welfare groups. The goal was too eliminate the de-horning process, which is painful and traumatic for the cows. She’s also using CRISPR to develop a bull that would sire only male offspring. She estimates it would make raising beef cattle about 15 percent more efficient.

She argued that, in many cases, gene-edited products don’t need regulation.

“Many of the applications don’t introduce novelty in DNA sequences or novel traits,” she said. “So, you can move an allele from one breed to another and it mimics what you can do naturally by breeding them conventionally, but it brings across precisely only the alleles you want and not the rest of the genome of that animal. If you bring in a protein from a different gene or a different species, then it’s novel, and it’s never been in our food supply before, well that’s a potential hazard. That should be regulated.”

Inserting a jellyfish gene into a cow would be analogous to genetic engineering and may require regulation, she said. But if it’s a sequence from within the same breed or species, you can get that through conventional breeding. There’s no reason to regulate it.

Jack Bobo, chief communications officer for Intrexon, a health and agricultural biotech company, said part of the problem is that FDA took an approach that made regulation mandatory for genetic engineering. It tied transgenesis to the regulatory process, creating confusion in the marketplace, he said. Said Bobo:

It’s useful to understand that the only way the FDA was able to create a mandatory (regulatory) process for genetic engineering in animals was by calling it a new animal drug. From a regulatory standpoint, they’ve got this challenge of either everything is fine or nothing is fine. That puts them in a challenging position because while people would say gene editing is very precise and less likely to create any risk in terms of a product, it doesn’t mean that one couldn’t create something that could be problematic.

Bobo and Van Eenennaam maintain regulations should be based on the product based on the risk that product presents and not the method used to produce it.

Should non-regulation be the goal?

Bobo cautioned that while non-regulation — as the USDA has proposed — might seem appealing, it might not be the best thing for the biotech industry.

It also would push innovation down a very specific path: away from transgenic breeding and towards gene editing, he said. 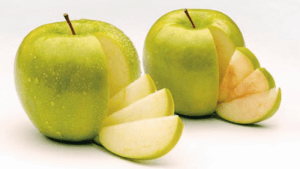 “The main thing is this is an opportunity to reconsider the regulatory landscape generally, and while it’s important to focus on how new products should be regulated, we shouldn’t forget there’s still a large body of research out there that could be lost if everything goes down this road. Because there’s things you’ll never be able to do with gene editing that you can do with genetic engineering,” he said. “If it becomes a question of cost, then we might give up on doing things like drought-tolerance or nitrogen fixation.”

For instance, although Okanagan has a program researching gene editing for its apples, Carter noted it’s challenging to work with fruit trees due to the genome’s complexity.

But the Arctic apple varieties use only genes from other apple varieties. If the product rather than the process is evaluated, it might receive speedier approval or might not fall under regulatory authority at all.

Carter, from Okanagan, said there seems to be an appetite to change the regulatory policy:

As agencies get more familiarity with the products, and you see more different technologies and platform technologies like the CRISPR-Cas9, the combination of more simple tools and no integrated DNA, this transient approach means there’s less concerns about what you might have done with the plant. And then there’s familiarities with biotechnology in general among these agencies. I hate to refer to it as a reduced regulatory burden, but the hope is that we’ll see more of a tiered approach. The effort will be put more into things that are new and different and have never been seen before, whereas the other ones will go through a more fast-tracked and efficient process. That’s everybody’s hope.

Joe Scott is a freelance agricultural writer. He was an editor with Patch.com and wrote for St. Louis Suburban Journals for 10 years, where he was, for a time, editor of the Warrenton Journal, where he wrote on agriculture among other topics. Follow him on Twitter @joescott44.