From GMO hater to biotechnology advocate: One person’s Facebook journey

How could I have been so misled about so much for so many years?

I’ve been obsessed with good health and nutrition since I was a teenager. As a young mom, I did everything possible to ensure my kids’ good health. Organic, natural foods, natural remedies, pesticides and cleansing agents — only the best. My guidebooks were the myriad of materials provided by health gurus, celebrities and yoga instructors.

Then I discovered Facebook, joined some health groups, and learned about evil corporations like Monsanto and its dangerous pesticides and genetically modified organisms (GMOs).

My mission was clear: I needed to inform the world of these terrible things.

I was well into this commitment when one new member in an anti-Monsanto group suddenly chose me as his mentor, asking for all I knew.

He questioned endlessly, I answered. He questioned my answers. He forced me to search for ever more information.

It got tiresome and I started throwing in links without even reading them. I just knew that they were good links; the headlines all matched my views. He read them all — and questioned me sentence by sentence. That meant I had to actually read everything I shared — and found to my surprise that half of the links that I had provided went against everything I believed.

I started asking a lot of questions on my favorite forums, seeking evidence for claims that, days before, I had merely ingested as facts.

I soon found out any challenge to a claim on anti-GMO sites had me being called a shill for Monsanto and permanently removed. I realized that by stifling all challenges and silencing dissent, group members forced others to fall in line, mindlessly and unquestioning. I was shocked that my months as a ‘good member’ meant nothing to people who now turned against me, merely for asking for evidence of their claims.

Fortunately, I found Facebook forums where I wasn’t yelled at whenever I questioned someone’s post on the subject of food and GMOs. I even joined sites that weren’t anti-GMO, wanting to know how they could believe in this terrible unnatural technology.

Related article:  Pesticides and Food: It’s not a black or white issue — Part 4: How do organic pesticides compare to synthetic pesticides?

I’ve learned to respect the views of people who are educated on subjects about which I was concerned — for example, farmers, biotechnologists and, yes, even those who work for Monsanto. I recognized that some celebrity actor knows no more about science than I do — and shouldn’t have as much influence on public opinion as a university-educated professional.

I even found organic farmers who support GMOs for a sustainable future.

I have come to realize that biotechnologists and farmers are not evil, paid-off or misguided. They kiss their babies before leaving for work and strive to make a better world like the rest of us. 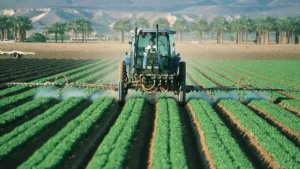 I’ve realized the harm that comes from being uncritical. That those who aren’t speaking from a position of knowledge or education can hurt my family — by not vaccinating children, by controlling what’s taught in schools and by lobbying governments into making wrong decisions.

To pay it forward, I now run several fact-based Facebook sites. I try to help others who are confused and fearful about agricultural practices, as well as other controversial topics like vaccines, pesticides, chemicals and the often-misinformed portrayal of scientific research.

I’m every bit as committed to good health as I was as a teenager and young mom, but I’ve learned so much about what really constitutes truth and what represents distorted propaganda for other agendas.

A version of this article was originally published in the Waterloo Region Record as “How Facebook led me to the truth about GMOs” and has been republished here with permission.

Julie Mellor-Trupp is a science and agriculture writer who lives live with her husband and two kids near Toronto, Canada. Follow her on Twitter @JulieM_273.