Supercharged brains and the quest to think better and faster

This article or excerpt is included in the GLP’s daily curated selection of ideologically diverse news, opinion and analysis of biotechnology innovation.
We live in a fast-paced society, where there is no shortage of demands for our time and attention. So it’s not surprising that there are those among us seeking ways to “biohack” their brains in a quest to soup up cognitive abilities. Call it a kind of neurological transhumanism. These efforts come in a variety of flavors, from physical (think yoga) to pharmacological (microdosing LSD, for example). Next up, undoubtedly, will be genetic enhancements.

This isn’t the sort of thing that attracts large amounts of research dollars, considering that it falls outside of society’s primary interest in the treatment and prevention of diseases.  So brain hackers often find themselves looking for ways to use technologies and advancements that were developed to treat a range of diseases and disorders.

Our world has no shortage of people touting the cognitive benefits of various products. But if you are looking for potential supercharging options backed by science, it’s best to start with some of the scientific developments designed to help people who suffer from dementia and related disorders. It is from this perspective that we’ll survey currently emerging strategies for enhancing memory and other cognitive functions.

The mind is powerful, and so is the natural world that produced it. This is the basic premise for various enhancement tactics and it’s perfectly reasonable. But not every supposed mind-enhancing tactic has a foundation in scientific study. In our society, for example, yoga and meditation are extremely popular. They are well-marketed and people feel better when they participate. Proponents of meditation and Yoga are able to cite research studies suggesting these activities can improve concentration as well as produce measurable, beneficial physical effects, such as a reduction in blood pressure and heart rate. But these studies have been notoriously difficult to control. 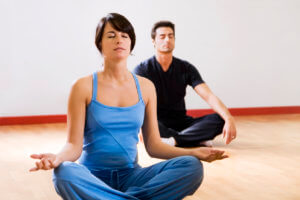 Let’s use yoga to illustrate the problem. Anyone who has tried yoga — and you certain should try it if you are looking for a physical activity — knows it involves a lot of stretching, balance skill and deep breathing, along with the use of words and phrases taken from eastern philosophies and religions. Watching people sit on the floor, chanting ‘namaste’ and other phrases, to the scientifically inclined, yoga appears woo-y.

This observation gets to the heart of the problem, because — surprise, surprise — stretching systematically through all of your large muscle groups actually is good for you. But there are other ways to stretch and improve your balance apart from yoga. Yes, yoga masters typically have phenomenal balance and their flexibility is impressive, but one might hesitate to draw a similar conclusion about the average yoga class attendant. Gymnastics is less common but as the old saying goes, gymnasts do handstands all day long. yogis only do headstands. As for the chanting of phrases, the element that makes yoga different from stretching and doing balance moves, there is no evidence that they do anything. Stretching at home while watching television, or better yet while listening to relaxing music, you might achieve the same result as you would in yoga class. Does it enhance mental function? Well, it does relieve stress, and there is little controversy over the idea that relaxation helps one remember and concentrate better.

We have built up a large pharmaceutical industry that plays a central role in clinical medicine. Modern medicine would not be possible without it, and, most importantly to the goal of mind enhancement, pharmaceuticals lend themselves well to clinical testing. Unlike meditation and yoga, it’s fairly straightforward to arrange experimental studies to control for at least what are thought to be potentially the most important confounding factors. You can give volunteer placebo pills, or placebo injections or placebo intravenous infusions, but it’s pretty hard to devise a kind of placebo meditation or yoga.

Now a handful of drug categories are approved for routine clinical use (or for clinical testing) as treatment for neurological disorders, or for the mental decline that comes with such disorders, but also have become popular as so-called “smart drugs.” Also known as “nootropics,” the idea is that the drugs are put to an off-label use, to enhance performance of people who do not have have the conditions for which use of the drugs is approve. For example, it has become common for people engaged in activities requiring exquisite fine motor control to take low doses of beta blockers. These are drugs that slow the heart — or prevent the heart from speeding up— but they also are approved for treatment of certain types of tremors. It turns out that, even for someone who does not have a tremor, taking such medication can stabilize the hand in a way that helps with golf, pool, or something of that nature.

When it comes to the mind, there are a host of drugs that have become popular in various settings as nootropics, from college campuses to high power startups in Silicon Valley. Of these, a few families of drugs have accumulated a collection of research studies suggesting that they could be utilized safety, and also produce a desired effect.

The first such category of such drugs that performance enhancement seekers often try are stimulants. Two common such drugs are methylphenidate and dexamphetamine, which are used routinely and safely to treat attention deficit hyperactivity disorder (ADHD) and narcolepsy. Despite their popularity for off-label use to boost concentration, however, these drugs are not really nootropics. They are actually quite dangerous if you don’t have ADHD or narcolepsy, or some other deficit, because tolerance builds up quickly, leading to dependence. Thus, while methylphenidate can keep you awake overnight or give you a boost in the morning, and possibly move you faster through a pile of non-creative work, they don’t really make you think better, and if you keep taking them you will be back to square one on performance, and with a drug dependence problem. You’d be better off with a strong cup of coffee. 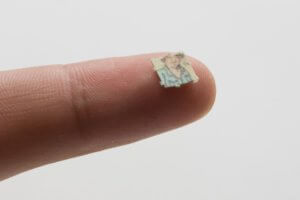 Other types of memory and cognition enhancing medications have become available because they are being tested, or have shown promise, for improving memory or concentration, or for reducing apathy, in people with degenerative brain diseases. These drugs come in families, each with a flagship drug that we can use as an example here for discussion purposes.

One drug, called piracetam, appears to be useful in cases of dementia and depression and anxiety (possibly, it may also reduce incidence of seizures in such patients). It’s the flagship of a family of other drugs ending in racetam. High-power type workers have been using the various drugs of this family, some of which have better safety profiles than others in terms of the risk for damage to the liver, or for other dangerous consequences. Another category that is similarly popular is the modafinils. The flagship drug, modafinil, is approved for use to treat narcolepsy, and also appears to provide a benefit for some patients with dementia, namely that it reduces apathy, which can be helpful in the care for such patients. The military has been experimenting with modafinil to promote wakefulness in pilots and others who must remain not only awake but productive and alert. What is clear is that the side effects, such as nervousness, are substantially reduced compared with stimulants such as dexamphetamine that have been employed for the same purpose for many years. Modafinil itself is fairly expensive, so its use as a nootropic has been popular more for business people than for students. Nevertheless, variations on this drug that are even more expensive are becoming popular.

An even less orthodox approach to nootropics involves use of the hallucinogenic drug LSD, but in doses too tiny to produce hallucinations. The jury is out on whether this really can improve cognition, but interestingly LSD has been used with some modest success in people with neurological conditions ranging from depression and anxiety to post-traumatic stress disorder (PTSD).

As with the drugs, the idea for utilizing physics for mental enhancement comes from the use of devices on people with deficits. Transcranial magnetic stimulation has been available for some time. It works on the principle that brain pathways can be tuned up through application of a magnetic field. Its sister technology is direct current electrical stimulation through implanted electrodes, or onto the scalp. Electrical stimulation has been used and studied for decades in settings of depression and PTSD with some success. For the time being, an brain implants intended for transhumanist application will involve electrical stimulation rather than integration between the biological mind and computing.