‘Boneless watermelons’? What this new ‘hot fruit’ can teach us about non-GMO labels and fear-based marketing

Kevin Folta | March 27, 2018
This article or excerpt is included in the GLP’s daily curated selection of ideologically diverse news, opinion and analysis of biotechnology innovation.

Nowadays labels extol the absence of something that never was there in the first place. Such marketing schemes manipulate the buying habits of consumers, and are not exactly honest.

Let’s examine the claim of the boneless watermelon. What loving mother would possibly want to risk her beloved little cherub choking on one of those pesky melon bones? Sure, we’ve never noticed them in the past, but that does not mean they are not there, especially with all of those unlabeled GMO watermelons flooding the market. Shelling out an extra five bucks for the boutique boneless variety at Whole Foods is a no-brainer in more ways than one, especially when considering the horror of Heimliching their child to dislodge a plant skull. 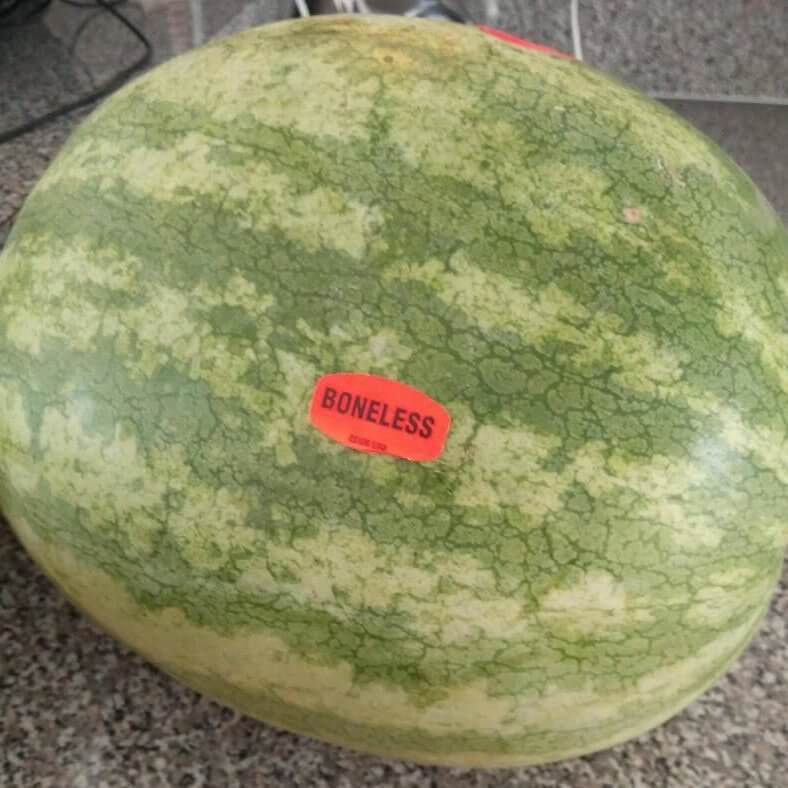 And you have to admit, we have not heard of one single case of someone choking on a watermelon bone since these labels have been in place.

The point is simple. Exclusion labels actively seek to misinform consumers by reinforcing the hypothetical presence of a non-existent threat. The strategy is to imply that the Grim Watermelon Reaper is staring over junior’s shoulder with every bite of that standard run-of-the-mill retail melon. But as everyone knows, there is no watermelon with even the hint of a cursory skeleton, and there probably never will be. I said probably, Monsanto.

With this in mind, is a “Boneless” label on a watermelon being honest? Certainly, the watermelon has no bones, so the statement is factual. But is that what the customer really wants to know? They want to understand the risk of consuming the product relative to other melons.

In reality (where I live) there is no risk of watermelon bones. However, this melon vendor uses the label to create a non-existent dichotomy — boneless (safe) and potentially bony (risk). This strategy works particularly well because the affluent consumer will automatically shun reason and science and run to precaution. See Kahneman’s System I and System II thinking.

Does the ‘Boneless’ sticker convey the much ballyhooed “right to know“ what is in food? If there never are bones in watermelons, then why do we need guidance from a label to confirm that they are not there?

Exclusion food labels imply a risk where none exists. Products containing ingredients from genetically engineered (GMO) plants are chemically indiscernible from conventional or organic ingredients. Second, they are most deceptive when (like bones in a watermelon) they are used to sanctify the magical piety of products that never were genetically engineered in the first place.

Fear-based exclusion marketing is not scientific, and when a company shows that it is willing to rebuff scientific guidance, it is good to take notes. Lots of them. And stock up on Pepto Bismol.

Such is the sad tableau of Chipotle, the eight-dollar tortilla of rice and beans that proudly extolled that they would use no ingredients from genetically engineered organisms in their products. Except for high fructose corn syrup in sodas and other key high-margin products. And cheese. Just about all cheese is manufactured with curdling enzymes made from GE microbes instead of purifying it from calf stomachs. Those soda and cheese are okay because they satisfy a corporate bottom line, and carbonation probably detoxes the risky shit.

The bottom line is that when you shun science and reason, don’t be surprised when your burrito gives you the flaming schmootzies. As Dr. Alison Van Eenennaam says, “There are risks that scare people and risks that kill people.” And there are very real food risks that turn your lower GI into a Roman Candle.

The claim to be “GMO-Free” also satisfies the company’s bottom line by insinuating that the competition’s corn chips and soybean oil (that may be derived from a genetically engineered plant) are somehow substandard and perhaps dangerous when used as directed. 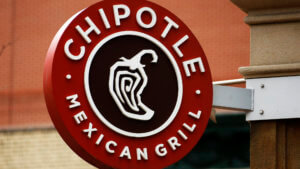 These claims run counter to science, indicating that Chipotle is glad to trade scientific reality for burrito sales. When a company tells you that they reject science in exchange for profits, it isn’t a bad idea to pay close attention.

It is like going to someone’s home for dinner and they proudly exclaim, “We reject soap because we think it is an evil manifestation of the corporate tentacles of Procter and Gamble.”

So gamble we do, and proctologists see the consequences. Food safety is a deeply scientific discipline, and when a food service company rejects science, it’s no surprise when consumer colons ejects violence. A restaurant that touts its rejection of science isn’t a place where I want to eat. That precise scenario played out brilliantly in a wave of abdominal distress, as multiple locations and dozens of patrons were doubled over on the commode of reason, violently expelling the virtues of non-GMO ingredients.

It must have been the soda. Or maybe a bony watermelon.

Kevin Folta is a professor and chair of the Horticultural Sciences Department at the University of Florida. He teaches science communication workshops for scientists and ag professionals, and hosts the weekly podcast Talking Biotech. Follow him on twitter @kevinfolta.

This article was originally published at Kevin Folta’s blog as “Exclusion Labels, Science Denial, Boneless Watermelons and $8 Burritos” and has been republished here with permission.