Viewpoint: We have much to gain from questioning the theory that humans evolved in Africa

This article or excerpt is included in the GLP’s daily curated selection of ideologically diverse news, opinion and analysis of biotechnology innovation.
For nearly a century now the African root of human evolutionary theory has remained strong and unbowed. It is proved by a tremendous fossil record that documents the diversity of hominoids – apes and their relatives – across the continent through tens of millions of years.

Then, the human branch of the evolutionary tree (hominins) split only seven or eight million years ago from our closest ape relatives, chimpanzees and gorillas. The oldest recorded hominin, whose skull was found in Chad and has been nicknamed Toumaï, is just a little younger than this.

Several recent pieces of research have questioned this established consensus. They have, either directly or in media articles about the work, suggested that humankind’s evolutionary tree should be re-rooted in Europe. This is the nature of science: a paradigm that cannot be questioned on a regular basis becomes a dogma.

So let’s examine these so-called “paradigm shifters” and see whether Africa should be stripped of the title of “cradle of humankind”.

Teeth, footprints and a jawbone

Two of the three studies done in Europe are based on evidence collected in Greece. The third was conducted in Germany. Two of them claim that their fossil finds could be older than the oldest hominin fossils found in Africa.

One of the Greek studies was based on a toothless jawbone and a few teeth. The authors claim that they represent an 8 million year old hominin; older than Toumaï.

This research has been criticised – by me, among others. As we’ve concluded, extraordinary claims require extraordinary evidence – and a jawbone plus a few teeth aren’t enough to counteract all the documentary proof of humans’ African origins.

Then came the second study. This was based on 5.7 million years old footprints, again found in Greece. These appear to belong to a bipedal animal, but in the absence of bones, it is impossible to identify what made the tracks. Let’s admit that the track maker was a hominin, these tracks are younger that Toumaï so it is not impossible that they were made by an African species that went out of Africa earlier than Homo erectus did.

The most recent piece of research that seeks to stake Europe’s claim as human ancestors’ birthplace centres on two teeth: a canine and a molar. This find was greeted with some excitement outside expert circles.

But scientists have responded sceptically. Palaeoprimatologists around the world have shown that the molar is not from a representative of the human family. Teeth in mammals, including humans, are very distinctive between species. The molar from Germany is simply too dissimilar from those of the earliest African hominins. It looks more like a molar belonging to Anapithecus, a typically European species of fossil primates. These scientists have also argued that the “canine” is actually a fragment of a tooth from an antelope-like herbivorous animal.

Related article:  Africa's locust outbreak: Proof we need GMOs, pesticides and every other tool in the toolbox to combat crop-destroying insects

In all three cases, the new evidence raised questions about the African origin of hominins and was critically evaluated. For now, these studies can’t be considered convincing enough to “rewrite human history” – as some excited press releases claimed. But there is no doubt that more studies of the nature will follow, again and again.

The question is: should we consider these repeated attempts to move the root of the human evolutionary tree away from Africa a bad or a good thing?

The theory that humans emerged from Africa has only strengthened since 1924, which was when the first fossil remains of an Australopithecus – which became known as the Taung Child – were found in South Africa. 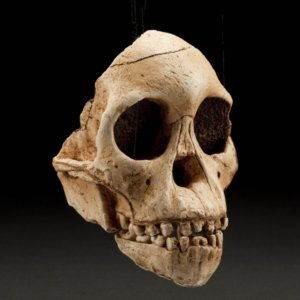 The notion that Europe was actually the cradle of humankind, meanwhile, kept losing steam and crashed almost entirely after the notorious scientific hoax known as the “Piltdown Man” in the 1950s.

Nowadays, the African origin theory reigns supreme. That’s not to say that repeated attempts to disprove it are a bad thing. Scientifically speaking, it would be unhealthy for researchers to rest on their laurels. Every attempt to disprove the theory offers a chance to consider the evidence all over again, carefully looking for clues that might have been missed or new issues that might arise.

More “paradigm shifters” are bound to appear. But this does not imply that European researchers are trying to steal a march on Africa. All this emerging research is actually something worth getting excited about: it shows that science is on the move, constantly working to test and balance evidence. And that’s for the best.

Julien Benoit is a vertebrate palaeontologist and Palaeobiologist with special interest in the study of the evolution of endocranial structures and sense organs in extinct mammals and therapsids (mammal-like reptiles) using X-ray imagery on their fossilized skulls.

A version of this article was originally published on the Conversation’s website as “The theory that humans emerged in Africa is often questioned. That’s good for science” and has been republished here with permission.