This article or excerpt is included in the GLP’s daily curated selection of ideologically diverse news, opinion and analysis of biotechnology innovation.
Venture capitalists and investors are pouring money into the genomics sector, seeking to capitalize on breakthroughs in CRISPR gene editing and gene therapies that could revolutionize the treatment of serious diseases, including cancer. Last year the sector attracted about $3.2 billion in funding, double the amount collected the previous year.

Interest remains strong in 2018. In January, TMunity, which is involved in cancer immunotherapy, raised $100 million from investors that included the Parker Institute for Cancer Immunotherapy, Gilead Sciences and Ping An Ventures, the venture capital division of China’s largest insurance company. The money will be used to fund two clinical trials—one for genetically modified T-Cells and the other using CRISPR to edit human cells.

Despite the euphoria over genomic bio-medical companies, the technology is in its infancy and has a long way to go before it becomes a common means of treating serious diseases including cancer. Most companies in pursuing CRISPR solutions are losing large amounts of money on possible treatments that have yet to be tested on humans. And even the cases with limited trials, positive results may not be statistically significant when extrapolated to a larger group. AVEXis, a gene therapy company, for example, was given FDA approval for a Phase 3 trial of its treatment for spinal muscular atrophy—but for only 15 patients.

Another potential stumbling block is the fact that we still don’t know whether gene therapy and gene-editing treatments will prove to be effective over the course of a lifetime or whether they will only be effective for a period of time. If the treatments cease working, it might be difficult to re-treat a patient with the same therapy because of the possible buildup of immunity.

That factor also plays a role in the one of the more significant issues facing this realm of medicine—the eye-popping price tags for these one-time treatments.

The developers argue that these costs are justified to recoup investments with large upfront payments. And while some of these costs sound high, they actually represent a savings when compared against the lifetime costs of treating some of chronic conditions being targeted. Still, the industry, along with health insurance firms, will have to deal with these prickly issues as treatments become more widely available.

“The last thing that we want to see happen is to solve incredible scientific challenges and fail to figure out a way to get patients access to them,” said Matthew Patterson, the CEO of Audentes, which is working on treatments for several rare diseases.

Besides attracting the attention of investors, medical genomic companies, particularly those involved in developing treatments for cancer, have also garnered the interest of other major pharmaceutical and biotechnology firms seeking to acquire access to and the commercialization of gene-editing technologies.

Related article:  Viewpoint: The public loses when a ‘prestigious’ journal such as Nature indulges in political activism

The largest such partnership involves Bristol Myers and its $3.6 billion deal with Nektar Therapeutics to secure the rights to a new cancer treatment. Bristol Myers paid Nektar an upfront fee of $1.85 billion and took an $850 million stake in the company. Nektar stands to gain another $1.78 billion if the medicine proves successful in trials and in commercial production. In return, Bristol Myers will receive 35 percent of the profits of the cancer drug. The upfront fee to Nektar was the largest such payment for a biotech licensing agreement.

Other major partnerships and acquisitions include: 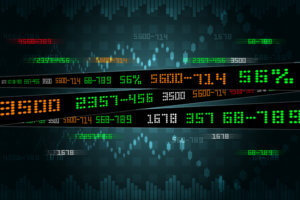 Although utilizing gene-based treatments is clearly in its early stages, its promise and potential is widely recognized.

“I believe gene therapy will become a mainstay in treating, and maybe curing, many of our most devastating and intractable illness,” said Scott Gottlieb, the FDA commissioner.

In an interview with The Verge in 2016, Jenifer Doudna, the co-discoverer of CRISPR outlined the potential for genomic based therapies and expressed optimism that we will see trial for many different types of diseases in the near future:

Right now, the trials that are approved are all for cancer. They’re doing a particular type of editing that might be impactful in treating cancer — namely being able to program a patient’s own immune cells to target and destroy their cancer cells. That’s an exciting opportunity, but going forward we will see increasing efforts, and I hope clinical trials, to address genetic diseases of the blood, of the eye, of the liver. Then probably farther down the road, diseases that affect other tissue. I’m thinking Duchenne muscular dystrophy is one that people talk about a lot. Cystic fibrosis is another that’s discussed a lot.

Steven E. Cerier is a freelance International Economist and a frequent contributor to the Genetic Literacy Project.