This article or excerpt is included in the GLP’s daily curated selection of ideologically diverse news, opinion and analysis of biotechnology innovation.
What is nature? What is natural? Philosophers have been arguing about this since antiquity. Supporters of organic farming seem to know the difference. For them, the use of “chemistry” and “genes” is unnatural. But neither nature nor organic farmers adhere to this definition, making it difficult to use the concept of “natural” when deciding which techniques should be allowed.

Organic farming, as most people believe, relies only on methods that are “natural”. Everything that does not occur in nature — mineral fertilizers, genetic engineering and chemically-synthesized plant protection products such as glyphosate or neonicotinoids — is prohibited. In contrast, those things found in nature are permitted: fertilization with excrement, plant protection with heavy metals or toxins from plants, fungi and bacteria as well as the cultivation of varieties whose genetic material has been altered by radioactive radiation.

But now, organic farming finds itself with a problem: It has no effective way to combat fungi that infest harvests during damp summers. Until a few years ago the organic farmer could use potassium phosphonate, which was approved as one of more than 200 plant fortifiers – “Pflanzenstaerkungsmittel” / plant strengthening agent is the regulatory term – allowed (not approved as there is no approval process for them) in Europe’s organic farmyards. But, in fact, it’s not a fortifier but a fungicide and it’s a purely synthetic compound that doesn’t occur in nature. (Chemists recognize phosphonate immediately as a close relative of glyphosate). In fact, is has been developed ages ago by Rhȏne-Poulenc, now Bayer. And so, it has been banned from organic farming by the EU Commission. 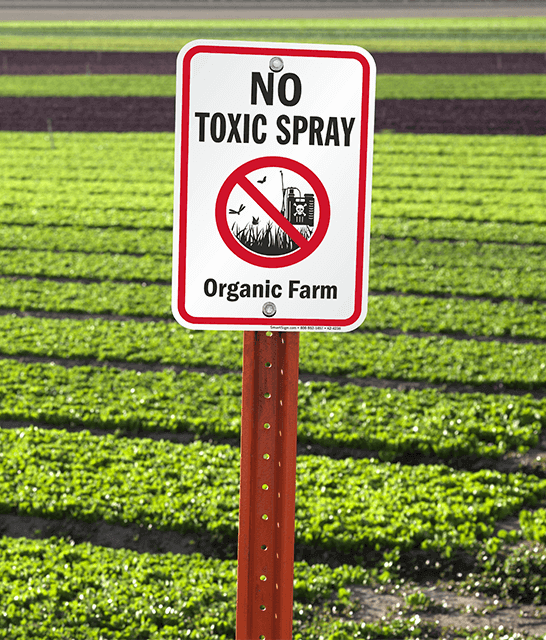 The ban was met with outcries from organic farmers and attempts to work around the ban. A number of Green Party state ministers sympathizing with organic farming granted derogations via installment of state-wide “large-scale trials”. Ironically, when Germany’s new minister of agriculture, Julia Klöckner, a few weeks ago sought to allow farmers to use synthetic pesticides in exceptional cases, she was heavily criticized by the nation’s Green Party. Moreover, to salvage the synthetic fungicide for organic agriculture, organic farming lobbying associations are trying to prove that potassium phosphonate does occur in nature. And now – Eureka! – NASA researchers have found traces of it in a meteorite originating from Mars that landed on Earth millions of years ago. Pure nature, then.

When is nature natural?

However, researchers also have discovered that in nature, the transfer of genes from one species to another is quite common: ferns use genes from mosses; snails have integrated algae genes; some grasses have stolen the complete photosynthetic pathway of other species; and insects exchange genes with bacteria and higher plants. In nature, “species borders” are by no means sacred. The very concept of boundaries in nature is based on ideas that spring from the old ideas of nations-states with fixed and secured borders that are not be crossed without control.

To find examples of  “crossed species borders,”  you don’t even have to travel to exotic places. Simply visit your local health food store. There, you will find biodynamically grown sweet potatoes, a naturally occurring genetic engineering product, whose nutritiousness is based on foreign genes. These were transmitted to the wild ancestors of sweet potato by a previously unknown organism about 8,000 years ago by the agrobacterium S. tumefaciens, the very same bacterium used by geneticist to create the first generation of genetically modified plants. So is it time to welcome genetic engineering into the organic farming fold? After all, it’s something clearly found in nature.

Incidentally, modern plant breeders are generally leaving these methods behind. Today, they are increasingly turning to genome editing to effectively speed up natural breeding. No “foreign” genes are transferred — exactly one gene is changed, in one specific place. This is a departure not from “genetic engineering” but from conventional mutation breeding efforts that are more like using a crude club to smash tens of thousands of genes at once, e.g, by radiation or mutagenic chemicals. Gene-editing techniques, including CRISPR, are precision tools that are highly elegant, minimalist correction mechanisms, and they, too are based on naturally-occurring mechanisms used by bacteria trillions of times in nature every day.

Some organic farmers do see the value in this nature-derived method. The first was Urs Niggli, director of the Research Institute of Organic Farming (FiBL) in Switzerland. He thinks it’s great that CRISPR could reduce the dependence of organic farming on the toxic heavy metal copper that pollutes soil and water and produces antibiotic-resistant bacteria. And there’s  Matthias Berninger, a former Green party State Secretary in the Federal Ministry for Consumer Protection, Food and Agriculture led by Renate Künast. Niggli and Berninger say they see the potential to use CRISPR to make both conventional and organic agriculture more ecologically friendly.  They see genome editing as a form of mutation breeding, which has been used since the 1930s, and do not consider it as genetic engineering. A few weeks ago, the new Federal Executive Committee of the Green Party, released a paper calling for a “fair and open debate” within the Party on the use of genetic engineering and other modern breeding technologies in agriculture.

The problem with that line of thinking is that neither gene editing nor the introduction of genes from other species are unnatural. Unlike potassium phosphonate, which has been identified in just a single meteorite they can be found in a wide range of living things. From a perspective of “natural” as opposed to “unnatural” the reasoning goes astray and there is no logic to be found at all.

What does that say about the nature and naturalness debate? Nature is colorful and undogmatic, always embracing new opportunities and new grounds. Nature experiments constantly. But the supporters of the concept of “naturalness” seek a world with limits and prohibitions. They don’t support nature as it is. Instead, they see it through ideological glasses. Nature for them is just a label that can be scrapped, when needed.

Few organic enthusiasts know this. They are happy with the “GMO-free” label on their milk packages, even though there is no milk made with genetic engineering. And they praise organic wheat, corn and Brussels sprouts, which they believe are grown by organic farmers completely unmodified, just as “nature” created them eons ago. Like Robert Habeck, philosopher and federal leader of the Greens, they regard these crops as a product of evolution. But wheat is a human artifact made from at least three cereals, corn comes from a grass whose genetic material was changed beyond recognition and Brussels sprouts is a descendant of the inconspicuous wild cabbage, whose side shoots were “unnaturally” thickened and compressed by breeders intervening in the genome. 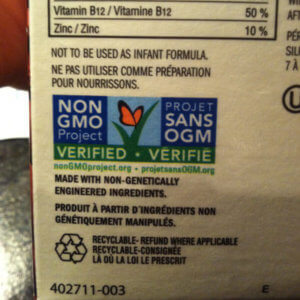 In Europe, consumers of health food first harm themselves. They throw money out the window because they believe they are doing something for their health and the “environment”. But in countries dependent on Europe, this natural fetish is potentially deadly.

In Africa, the fall armyworm is currently feeding on almost all crops — the devastation has the dimension of a grasshopper plague. Bananas on the continent are threatened with extinction by an aggressive fungus. Neither crop rotation nor companion planting or homeopathic plant potions help against these diseases.

But genome editing could help. The process is simple and inexpensive, the patents are free for non-commercial breeders and there are already dozens of African universities and research institutes that use them to modify native plants and their local varieties to become resistant to pests, stress and other factors. But they are stymied by trade barriers and withdrawal of development aid because narrow-minded EU politicians and a public unsettled by fear campaigns of environmental NGOs consider the use of test tubes and petri dishes as dangerous genetic engineering.

This could all be solved. There would be a very simple measure: an end to the insane EU policy in the agricultural research sector that inhibits genome editing in Africa. Indeed, restrictions that may appear to some Europeans to be a way to fight hunger and hardship in Africa are actually accomplishing the opposite. Freedom of choice for African researchers and farmers is needed, not paternalism or eco-colonialism.

When does the “organic” madness finally stop?

Ludger Wess is a German author who has been writing about genetics and biotechnology since the 1980s. Before that, he did research as a molecular biologist at the University of Bremen. He also authored two science thrillers. Follow him on Twitter @LudgerWess.

A version of this article was originally published in German at Salonkolumnisten as “The madness with organic” and has been translated into English and republished here with permission.