Bad weather to blame for recent uptick in US honeybee loses

Beekeepers in the U.S. reported an increase in honeybee deaths over the last year, possibly the result of erratic weather patterns brought on by a changing climate, according to the scientist leading an annual survey on the insects.

U.S. beekeepers said 40 percent of their hives, also called colonies, died unexpectedly during the year that ended March 31, according to a survey released Wednesday [May 23] by researchers from Auburn University and the University of Maryland. That’s up from 33 percent a year earlier.

Elevated bee-loss rates have been an agricultural concern for the past decade, since a mysterious malady called Colony Collapse Disorder coincided with a doubling of honeybee death rates and spurred greater attention and research on commercial and wild bees. Higher death rates make pollination more expensive for beekeepers and farmers.

An autumn that began with hurricanes in southern states, followed by abnormal temperature patterns and frequent winter storms, may have disrupted bee feeding patterns and increased their vulnerability to other maladies, said survey coordinator Geoffrey Williams, an assistant professor at Auburn in Alabama.

Pesticides have been identified as one cause for rising death rates, though many beekeepers and researchers point to more traditional concerns such as the varroa mite, a honeybee scourge for more than three decades. 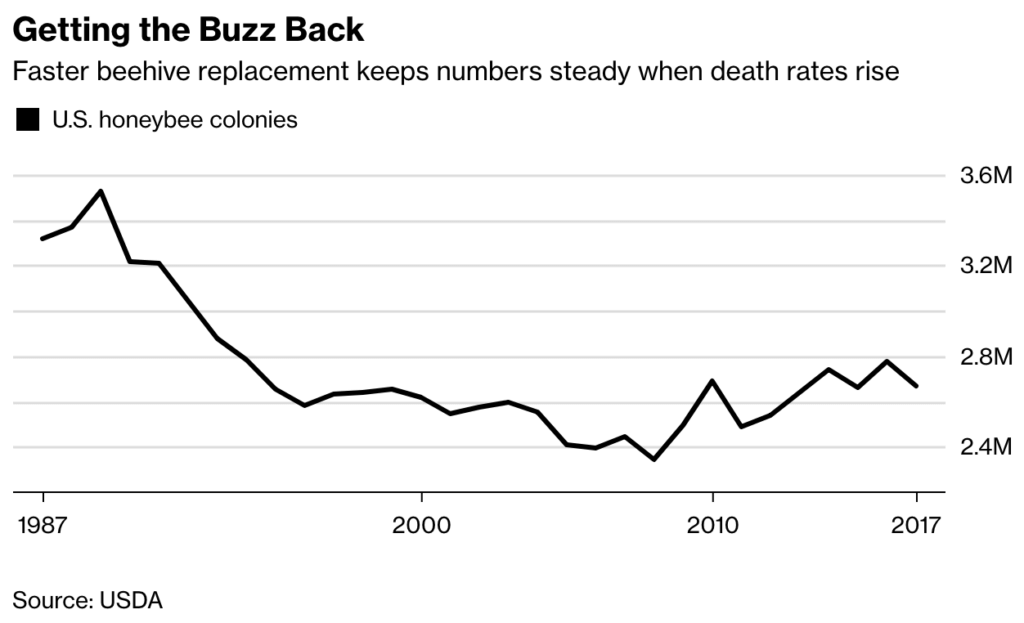 Read full, original post: Honeybees May Be Dying in Larger Numbers Due to Climate Change