Viewpoint: Why we aren’t yet on the verge of a preemie prediction test

This article or excerpt is included in the GLP’s daily curated selection of ideologically diverse news, opinion and analysis of biotechnology innovation.
Earlier this month, I saw an interesting juxtaposition of newly-published papers making headlines. One was about predicting breast cancer recurrence and the effect on chemo choice, the other on predicting premature birth within two months of the due date. 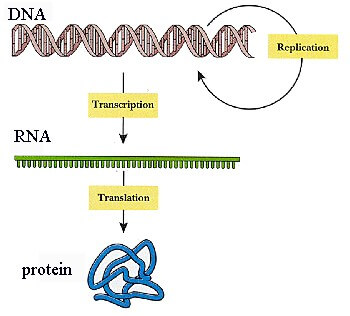 Apples and oranges, perhaps, but both indications use the same technology: gene expression profiling (measuring messenger RNAs, aka transcripts, which guide synthesis of specific proteins). But the studies are at opposite ends of the research trajectory, with the breast cancer paper representing thousands of patients who’ve taken a test that’s been on the market for years, and the prematurity paper a pilot study of only a few dozen women.

Some media reports accurately conveyed the differing magnitudes of the two reports. But with health news competing for coverage against the constant backdrop of politics, and often based on press releases proclaiming ‘breakthroughs” and deeming biotechnologies that have been around for decades “cutting edge,” I worry that some people might think that the prematurity-predictor can help pregnant women now or in the near future. It can’t.

A tale of two studies

The report on June 3 in the New England Journal of Medicine from J. A. Sparano, MD, of Montefiore Medical Center and colleagues, focused on 6,711 women with a specific type of breast cancer who received an intermediate score on a test of gene expression commonly used to guide the choice of whether or not to have chemo. If cancer recurrence risk is low, the risk of chemo side effects may be personally unacceptable.

OncotypeDX, done on cancer cells, provides a score of 1-100 derived from the expression patterns of 21 genes that affect risk of cancer recurrence. A score of 26 or higher indicates a recurrence risk enough for chemo to be of benefit and a score below 10, low enough to skip chemo. The results from the new study, called TAILORx for Trial Assigning Individualized Options for Treatment, are important for women with a score of 11-25.

I know from my online breast cancer support group that being in that gray zone is a source of great confusion and angst.

In TAILORx, half of the gray-area women had chemo, half didn’t, and they fared about the same in terms of cancer recurrence. This understandably upset many women who’d suffered the side effects of chemo and now wondered whether it was necessary. But the study was convincing — numbers that large are hard to dismiss, and they take years to accrue. 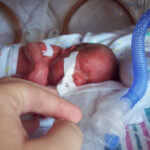 In contrast, the recent report in Science, from Stephen Quake, PhD, an investigator at the March of Dimes Prematurity Research Center at Stanford University and colleagues, tracked snippets of fetal RNA in blood samples from, across three analyses, 69 pregnant women. The findings, if validated, could lead to a single blood test during pregnancy that could identify gestational age (the number of weeks since conception) as well as elevated risk of premature birth.

Knowing gestational age is important to determine the due date for women who have not had prenatal care and/or don’t know when they conceived. Ultrasound scans are less effective in estimating gestational age as pregnancy continues, and isn’t available to all women.

Prematurity is the leading cause of newborn death in the US, affecting nearly one in 10 births. Worldwide each year, 15 million babies are born too soon.

In breast cancer, the telltale RNA profiles that represent oncogenes and tumor suppressor genes are obtained from tumor cells, collected from biopsies, lumpectomies or mastectomies. The approach has been around awhile. I first wrote about these tests in 2003 and the first products — Oncotype DX and MammaPrint — came on the market a year or so later.

The preterm birth application isn’t invasive like the breast cancer test, instead sampling small RNAs from a pregnant women’s blood plasma — the RNAs aren’t inside cells, hence the name “cell-free” or cfRNA. This differs from the prenatal tests on cell-free fetal DNA to detect extra chromosomes that’s been offered to many women since 2014, developed by Dr. Quake’s group and another research group and reported in 2008. It’s called noninvasive prenatal testing (NIPT).

Searching for nucleic acid clues in maternal blood plasma actually goes back fairly far. Fetal RNA was first found in 2000 and cell-free DNA years before that. A report on a five-fold elevation of cell-free fetal DNA in the circulations of pregnant women with pre-eclampsia was published in 1893!

Zeroing in on the telling transcripts

The work described in the Science paper on the preemie predictor requires validation in a much larger, more diverse group, as the researchers point out. The experiments were done in stages.

First, the researchers analyzed blood samples taken weekly from 31 pregnant women from Denmark. They analyzed the blood for specific RNAs from the placenta, the immune system, or the fetal liver — a rounding-up-the-usual-suspects strategy that might have missed some relevant gene transcripts.

Related article:  Fit and fat at the same time? The right genes may make it possible 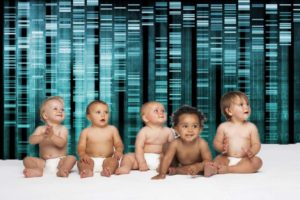 A set of nine RNAs, all made in the placenta, emerged as the most meaningful in predicting gestational age in 21 of the women, and the researchers validated this in the other 10 participants. But because the women had all given birth on time, it wasn’t clear whether the nine RNAs could predict preterm birth too. (Tracking the RNAs each week also fleshed out details of fetal growth and development.)

But the nine transcripts from the first part of the study only predicted time to delivery for the 23 women from this new group who delivered at term, and not for 13 of the 15 women who delivered early. (The results are confusing because 15 women were from Alabama and 23 from Pennsylvania, and also 15 delivered preterm and 23 at term. I’m assuming these aren’t the same groups, but this is one more reason to greatly expand the sample.)

So it was back to choosing RNAs.

A third part of the investigation then looked at RNAs from seven women who’d given birth at term and eight who’d had preemies, from the Pennsylvania group. That approach found an initial 38 genes whose expression differed significantly between term and preterm, narrowed down to seven that were the most informative in predicting which women would give birth up to two months ahead of schedule.

If I’m reading the paper correctly, findings in just 15 women inspired the news reported by Time Health (“There May Soon Be a Blood Test for Predicting Premature Births”), the New York Times, CNN and all the others. Yikes!

Even the disclaimers are, well, not enough.

I’m not questioning that this study should have been published — the findings are valuable and exciting — but the news release from the March of Dimes is alarming in what it omits. 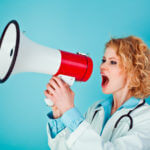 The first sentence: “New research funded by March of Dimes has found biomarkers in maternal blood that accurately identified pregnant women who would go on to deliver babies up to two months prematurely.” The news release offers lovely quotes from researchers — “eavesdropping on a conversation between the mother, the fetus, and the placenta” and a “transcriptomic clock of pregnancy” – but no statistics! No context.

In contrast, the news release from Stanford is complete and clear, and offers it’s own fabulous quote, from team member and Stanford graduate student Mira Moufarrej. “It’s mostly maternal genes. We think it’s mom sending a signal that she’s ready to pull the ripcord.” Having pulled that ripcord three times, once a bit early and popping out 4-pound 2-ounce daughter #1, I was happy to see a description on the whole-woman level.

Once expression patterns link a suite of genes to a physiological function or malfunction, the fun part of hypothesizing how the encoded proteins intervene begins. The 7 genes whose expression is being fashioned into a predictive test for preterm labor make sense. Some (RGS18, MAP3K7CL, and MOB1B) control the rate of cell division. PPBP encodes a growth factor with many functions, and DAPP1 is implicated in inflammation and innate immunity.

More specific to pregnancy are CLCN3, which encodes a chloride channel that takes part in inducing labor, and RAB27B, which controls the movement of tiny sacs (vesicles) within and between cells and guides development of the placenta. Perhaps investigating how the genes disrupt prenatal development, and nailing down when they do so, might lead to interventions to dampen premature contractions.

The great promise of the technique is a single blood sample that reveals the nine transcripts tracking with gestational age, the seven transcripts that predict preterm labor, and others yet to be discovered that might reflect fetal health. Such a transcriptional analysis could provide more helpful information than ultrasound peeks, yet not the TMI of a full fetal genome sequence, already possible.

Stay tuned. Whether a cell-free fetal RNA test to prevent premature birth is one day offered through a prenatal care provider, or joins at-home pregnancy tests and ovulation predictors on pharmacy shelves, it may help to save the lives of the littlest.