Imagine a scorching pain in your hand or foot, as if from a hot coal. Imagine just a light touch of air or water causing it, no injury required. And imagine it happens multiple times per week, enough to keep you awake through the night and unable to concentrate during the day, enough to make you want to immerse your hand or foot in cold water for so long that you develop frostbite.

This is the brutal reality of hereditary erythromelalgia, more commonly known as “burning man syndrome.” Yale University neuroscientist Stephen G. Waxman has been researching this disorder for over 20 years. His new book “Chasing Men on Fire: The Story of a Search for a Pain Gene” digs into the genetic origins of the disease, along with its implications for other neuropathic pain disorders like small fiber neuropathy.

Waxman’s research has shown that the gene SCN9A is responsible for both hereditary erythromelalgia and idiopathic small fiber neuropathy. This in turn means that new approaches to treating these disorders and eliminating the pain and other symptoms may be possible.

Inherited erythromelalgia is a rare neuropathic disorder that causes severe burning pain and skin redness. Attacks are periodic and are commonly triggered by heat, pressure, mild activity, exertion, insomnia, or stress. The pain occurs in small fiber sensory nerves. The discovery that SCN9A lies behind this disorder led to the realization that similar problems in this gene also cause the hereditary type of small fiber neuropathy.

Small fiber neuropathy was once misdiagnosed as psychosomatic in nature. Waxman explains: “Since their neurological examinations were often normal, the complaints of patients with small fiber neuropathy—which occurred without physical signs of disease of the nervous system that can be seen by the physician—were, in the past, often dismissed as being of little consequence, or as having a psychological origin.” 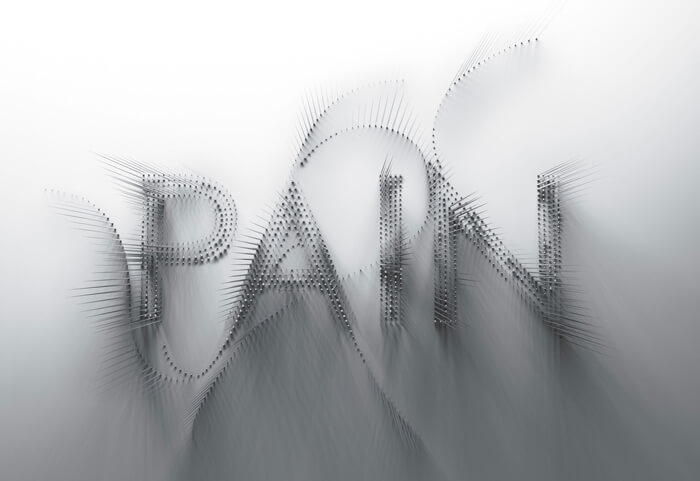 But these disorders are genetic. And understanding them has wide-ranging value. “Some mutations, identified in families with rare inherited diseases, can teach us important lessons that are relevant to common disorders.” Waxman cites the well-known example of familial hypercholesterolemia, a rare metabolic dysfunction whose understanding led to the development of statin drugs.

Waxman’s work suggests that similar advances may be possible for neuropathic pain disorders. “Given the remarkable efficacy of sodium channel blockers when they are injected to locally prevent pain during dental procedures, it might have been hoped that sodium channel blockers could be used more broadly, as medications taken by mouth, to alleviate chronic pain.”

A sodium channel is a protein molecule that forms a barrel-like structure in the surface of a nerve cell. Sodium channels regulate the flow of sodium ions, which play a key role in signal transmission from one end of a neuron to the other. One sodium channel, NaV1.7, turned out to be critically important. “The pivotal functional role of NaV1.7 in controlling the firing of peripheral pain-signaling neurons began to emerge in 1997.”

Related article:  When the nose never knows: Exploring the genetics behind a missing sense of smell
Follow the latest news and policy debates on agricultural biotech and biomedicine? Subscribe to our newsletter.
SIGN UP

And eventually Waxman was able to show that one change in the genetic code for this gene, a so-called single-nucleotide polymorphism or SNP, was responsible. “We now had a convincing link of NaV1.7 to pain.”

Hereditary erythromelalgia and inherited small fiber neuropathy turn out to be a result of “gain of function” mutations in the SCN9A gene. In simple terms, the sodium channels become overactive: they turn on when they shouldn’t and don’t turn off when they should. This malfunction causes nerves to become hyperactive, creating horrific feelings of pain in response to the slightest stimulation or even no stimulation at all. A drop of water on a foot can feel like a nail piercing bone; a puff of air can feel like a third-degree burn.

This mutation in NaV1.7 occurs in the “peripheral somatic and visceral sensory neurons.” These neurons lie outside the brain, so the pain is not psychogenic. Indeed, during clinical research, Waxman found that “Surprisingly, despite their history of chronic pain, on psychological testing we found that only two subjects displayed signs of moderate anxiety and depression.”

Rigorous clinical testing confirmed these ideas. Waxman and his team began by doing human studies on erythromelalgia, then moved on to small fiber neuropathy in 2010. They found evidence that NaV1.7 as well as NaV1.8 and NaV1.9 mutations may contribute to disorders of pain signaling.

Understanding the exact pathophysiology of painful neuropathies suggests possible treatment. Waxman writes: “Identification of specific molecules that play key roles in axonal injury might provide a basis for therapies that would prevent, or slow, the degeneration of axons, thus halting or slowing the progression of peripheral neuropathy.” This could ultimately lead to new treatments for a wide range of neuropathic disorders, including diabetic neuropathy, phantom limb pain, and trigeminal neuralgia.

Ultimately Waxman is “optimistic because, even if pharmacological blockade or knockdown of NaV1.7 prove not to be useful as a therapeutic strategy that can be used in the clinic, the search for a pain gene may nonetheless point toward new therapies.”

The book “Chasing Men on Fire” amply illustrates the challenges of medical research and the importance of seemingly small genetic variations in chronic neuropathic disorders. And it shows how the genetics of rare disorders can provide invaluable insights that can benefit us all.