This article or excerpt is included in the GLP’s daily curated selection of ideologically diverse news, opinion and analysis of biotechnology innovation.
For years, the standard belief has been that leaving young children in daycare puts their health in jeopardy. And there is some out-of-context justification for that belief. According to the US National Library of Medicine, studies have shown that children in day care centers are more likely to catch an infection than kids who do not attend day care because they are often around other kids who might be sick. But there are benefits to these group settings, as well. “[B]eing around the large number of germs in day care may actually improve your child’s immune system in the long run,” writes the National Institutes of Health, and we are now learning there may be even more profound health benefits.

From wiping down shopping carts with disinfectant to home-schooling children to ‘protect’ them from the vagaries of daycare and public education, some practices in society appear to be over-engineered and instead of improving outcomes, may even make things worse. All this misplaced concern has led to more highly-scheduled and anxiety-ridden children than ever before, erroneous and over-diagnoses of ADHD, and an increase in more pernicious allergies. A new thread of research suggests an explanation for why children who attended daycare seem to have been more protected from a particular type of cancer.

Should ‘dirty’ be the new clean?

An incredible litany of evidence supports the so-called ‘hygiene hypothesis’ which in summary states that the uptick in allergies seemingly reported also coincides with successive generations becoming more and more urbanized and sanitized. The fact that as a society we are too clean may have been a primary cause in the increase of allergies and other immune dysfunctions. Children who have grown up in more rural settings (on farms) seem to have more robust immunity and fewer immune dysregulation conditions than their counterparts in more ‘clean’ environments.

Also, outdoor play has decreased dramatically over the past few decades which is considered an enormous health burden in society – it could lead to more childhood obesity, fewer physical social engagements, and under-developed physico-spatial reasoning. We’ve also found a surprising number of children who live in cities that are vitamin D deficient, which quite literally only needs minutes of daily sun exposure to prevent. There are even serious suggestions that this limited outside play leads to unexpended youthful energy, unexpressed physicality, and therefore increased diagnoses of attention deficit and hyperactive disorders. 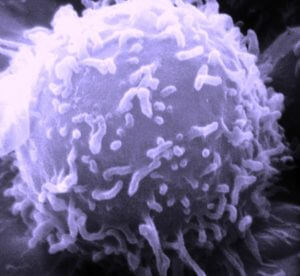 While on one hand daycare centers are dozens to hundreds of children co-located who share germs, on the other hand, this is exactly what seems to have a protective effect for prevention of acute lymphoblastic leukemia (ALL). Research published in 2015 demonstrates a link between a type of immune cell called a ‘B cell’ or ‘B lymphocyte’ and this particular type of leukemia.

Dysregulation of B cells and a pair of enzymes responsible for DNA restructuring and fine-tuning was fully-correlated with this leukemia in lab mice as part of the research. Interestingly, since the introduction of the 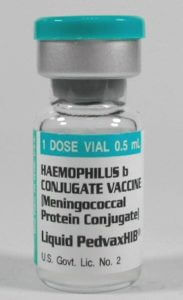 Haemophilus influenzae type B vaccination given to very young children, there has been a concomitant decrease in cases of ALL.

Based on the causal mechanism suggested by the research, this suggests that the introduction of a very mild stimulant to the immune system (the pediatric HiB vaccine) allows the immune system enough exposure to a challenge that it’s more likely to develop properly. So not only is the HiB vaccine associated with a significant drop in cases of pediatric HiB, but also with lymphoblastic leukemia.

The protective effect against ALL seems to be more robust for children who have attended all-day daycare (versus HiB or other vaccines), though there would be nothing particularly special about ‘daycare’ as the venue, it’s just that it represents a place where there are a lot of early exposures to infections.

A version of this article originally appeared on the GLP in September 2016.