This article or excerpt is included in the GLP’s daily curated selection of ideologically diverse news, opinion and analysis of biotechnology innovation.
It’s no secret that although the Internet has vastly improved our lives in many respects, it has downsides — less interpersonal interaction, more anonymous snarkiness, online harassment and even cyber-stalking.  But arguably worst of all is the amount of purposeful disinformation — fake news — that is promulgated by special interests.

No plague in history spread with the speed of internet disinformation.  We live in an age of hyper-charged propaganda, an onslaught of lies more pervasive than any that came before.  Over millennia, propaganda changed minds.  Today, it changes governments and subverts institutions.

It’s difficult to stop or correct the promulgation of misinformation, especially when it’s a smear that’s part of a well-financed, highly-organized campaign.  Paid agents cleverly and relentlessly attack not so much the ideas but the people promoting them.

The successful smear is often based on some shred of truth, but these media- and Internet-driven “hit pieces” are designed to obscure the truth. The intricacies of this subject are nicely explicated by journalist Sharyl Attkisson in her book, “The Smear: How Shady Political Operatives and Fake News Control What You See, What You Think, and How You Vote.” 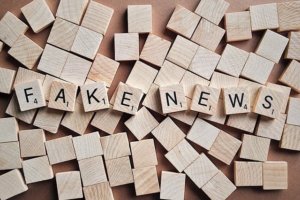 Smears of American products and individuals via fake news are the stock in trade of propaganda organizations, usually domestic but increasingly foreign as well. Russia leads the pack.

A report from the Office of the U.S. Director of National Intelligence (DNI) implicated RT in Russian hacking during the 2016 presidential election. It found that the network uses the internet and social media to conduct “strategic messaging for the Russian government” and that its programming aims “at undermining viewers’ trust of U.S. democratic procedures.”

Fake news about politics, and also about science and technology, is RT‘s trademark, as illustrated by its blatant disinformation attacks on the reporting of news by respected media outlets like the BBC.  And according to the DNI’s’ report, RT became a platform to push anti-fracking disinformation in order to damage the U.S. shale industry.

Genetic engineering in agriculture is a sector that holds intense interest for the Russians. Harkening back to the Lysenkoism catastrophe for agriculture in the Soviet Union, their expertise and current R&D in that area are virtually nil, and there is a ban on genetically engineered organisms from abroad entering the country, so they’ve adopted a strategy of trying to stymie its development elsewhere.

As Dr. Alex Berezow of the American Council on Science and Health pointed out: “RT has never been fond of GMOs (genetically modified organisms), which are largely the result of American innovation. In a 2015 article, RT reported on Russia’s decision to ban GMO food production in Russia. Tellingly, one of the protesters shown in the report is holding a sign that reads, ‘Goodbye America!’ The anti-GMO stance is not based on science or health concerns; instead, it’s based entirely on hurting U.S. agricultural companies.”

A Russia-centered group concocted the bizarre FactorGMO scam, which billed itself at its 2014 launch as “the world’s largest international study on GMO safety,” as though that issue was still in doubt.  The $25 million project has vanished into thin air.  And RT has just released (May 23) a “documentary” film, “The Peril on Your Plate,” a propagandistic screed that presents yet again all the anti-genetic engineering memes and fake news.

None of this is surprising. As one of my colleagues, a prominent Russia expert, observed, “Whatever stirs up trouble in the U.S., Russia is ready to help make it worse.”

That brings us to the complementary, well-financed U.S.-based anti-genetic engineering movement, which provides numerous examples of collaboration with Russia on promulgation of fake-news stories and joint campaigns, as described here and here.  The Internet provides a loud and readily available echo chamber for propaganda and trolling.

This syllogism explains the motivation of all the bad actors, here and abroad, for wanting to discredit genetic engineering:

Collusion between U.S. NGOs and Russia?

USRTK, the most aggressive of the anti-genetic engineering NGOs, admits to having received $529,500 since 2014 from the Organic Consumers Association, an advocacy group whose agenda includes a “global moratorium on genetically engineered foods and crops,” and which routinely promulgates fake news about the supposed hazards of genetic engineering.

And according to Dr. Berezow of the American Council on Science and Health, “Ronnie Cummins, the International Director of OCA, is known to propagandize for RT.”  (Cummins is a talking head for RT here and has attacked on those in the scientific community who defend advances in science and technology, including genetic engineering.)

Another six-figure supporter of USRTK is Dr. Bronner’s Family Foundation; Dr. Bronner’s is a large purveyor of various “natural” and organic products, including the “iconic soap of the countercultural 60’s.” 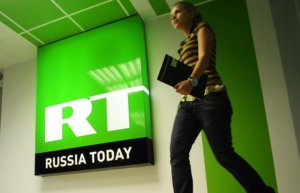 USRTK and RT have the same objective, Dr. Berezow suggests:  “USRTK and RT both share a common agenda: To undermine American science and technology for financial gain.  Gary [Ruskin, the co-founder and co-director of USRTK] gets more money from organic activists, and Russia worries less about competing against America’s multinational agriculture companies.  Everybody wins…except, well, Americans.”

There’s more direct evidence of a Russian connection to anti-genetic engineering trolling in the United States.  This story, which claims that Melania Trump has banned genetically engineered foods from the White House and favors organic products, ran on May 30, 2017, on Your News Wire, which is widely considered to be a fake news source linked to Russia.

The author of the article, “Baxter Dmitry,” has penned articles that allege that, among other things, “Sweden Bans Mandatory Vaccinations Over ‘Serious Health Concerns’,” (untrue) and the arrest for “treason” of a “former Hillary Clinton employee” (untrue).

Much of the genetic engineering article, including some of the quotes attributed to the First Lady, are cribbed verbatim from a 2010 article in Yes! Magazine that had nothing whatever to do with her.

If the involvement of Russia and its notorious troll factories seems a stretch, consider the recent study by two Iowa State University researchers who looked at the source of articles containing the word “GMO” (genetically modified organism) and how genetic engineering was portrayed.  They found that the Russia’s English-language propaganda outlets RT and Sputnik produced more articles containing “GMO” than five other major news organizations — Huffington Post, Fox News, CNN, Breitbart News and MSNBC — combined.

The two Russian outlets accounted for more than half of all the GMO-related articles among the seven sites (RT, 34%; Sputnik, 19%).  “RT and Sputnik overwhelmingly portrayed genetic modification in a negative light,” the researchers wrote. “Among U.S. news organizations, the left-leaning Huffington Post produced the most ‘anti’ articles, followed by CNN. Fox News produced the most neutral or mixed coverage of GMOs.”

Also, they found that RT published “(N)early all articles in which the term GMO appeared as ‘click bait’.”

Pro-Russia activists responded with a bizarre interpretation: They implied that the Iowa State researchers were biased, and that the timing of the study’s release was somehow related to the Russian government’s review of the proposed Bayer-Monsanto merger.

Advocacy, which we see in many industries and special-interest groups, is one thing. But character assassination, trolling and intimidation are something else.  They cross the line. Part 2 will discuss that.

This article was originally published at Investor’s Business Daily as “Russia Does Far Worse Than Meddle In Our Elections — It Meddles In Our Science” and has been republished here with permission.