How genetics could help agroecology—the science, not the political movement

But agroecology started out about more than 80 years ago as an academic, scientific discipline. And that science may have been pushed aside by a growing political movement to endorse organic farming, a “back to basics” type of agriculture espouses to avoid the sins of modern, conventional food production—including the use of genetic modification.

But that industrial type production, Moss and Bittman wrote, is the problem. “It’s an industry that would have us believe that we need rocket science to grow a carrot.”

So, what does agroecology do that can eschew science, rocket or other?

According to the United Nations Food and Agriculture Organization (FAO), which director general praised the Moss and Bittman op-ed as an “essential piece,” agroecology is:

based on applying ecological concepts and principles to optimize interactions between plants, animals, humans and the environment while taking into consideration the social aspects that need to be addressed for a sustainable and fair food system. By building synergies, agroecology can support food production and food security and nutrition while restoring the ecosystem services and biodiversity that are essential for sustainable agriculture.

But according to Moss and Bittman, modern agriculture is “dominated by ever-growing corporate giants,” and a “cynical, essentially self-regulating agriculture industry:

Much of the world waking up to the costs of the industrial approach that defines most of American agriculture, with its addiction to chemicals and monoculture.

Big agriculture reacts to agroecology by painting it as nice, but quaint, certainly not up to the job of feeding the world. But agroecology is based 100 percent of science and on the farm experimentation, with its roots in the practices of farmers who know their land and crops, and the scientists who work with them to improve their sustainable agricultural practices. 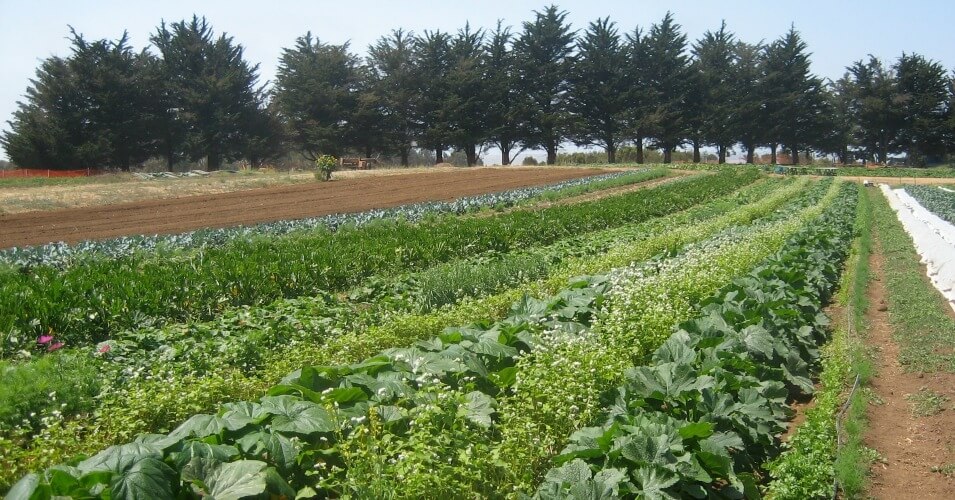 However, Moss and Bittman do not cite any scientific studies in the article, instead reviewing what some agricultural communities are doing worldwide to adopt practices to adhere to the political definition of agroecology: “An ethos that encourages defining what a food system really should be.”

There is science in agroecology, starting in the 1930s and continuing as an exclusively scientific effort until the 1960s. Studies have focused on whether or not certain practices such as cover crops, minimal tilling or crop rotation have an effect on agricultural outputs. Social science has played a part, too, looking at practices by poor farmers in developing countries, and the role of traditional/subsistence farming systems (still used by 60 percent of farms worldwide).

Shenanigans, said Rowarth: all green plants use photosynthesis. Moreover, she cited a 2018 New Zealand Ministry of Environment Our Land survey that showed soil carbon was plentiful in nearly all farm sites, and a USDA profile that showed only minor changes in protein, calcium, potassium, iron, riboflavin and ascorbic acid in garden crops between 1950 and 1999. Those changes were probably due to selection of varieties of plants over the same period, trading off yields and nutrient content.

Livestock has largely been ignored by agroecology, and in fact has come under sharp criticism for contributing to greenhouse gases, using too much land, and creating waste. But a review by Bertrand Dumont of the French National Institute for Agriculture, and Alberto Bernues of the Norwegian University of Life science, showed that a number of innovative management practices have been studied that could improve the sustainability of livestock.

The inattention to animals helps underscore how agroecology has moved from pure science to political movement. Today’s agroecology promoters have made it political by coupling it with concepts of food sovereignty and indigenous rights. They define agroecology as ‘organic plus’ that rejects methods of modern agriculture – particularly biotechnology, synthetic fertilizer and pesticide applications.

One promoter group is the Agroecology Fund, headed by Daniel Moss. The fund was founded in 2012 with grants from four foundations. Later, other foundations joined in, including the Fondation Charles Leopold Mayer, which also supported Gilles-Eric Seralini’s controversial research activities, which have largely been critical of GMOs, and have not passed scientific muster. One member of the fund’s advisory board is also a board member of Greenpeace.

The fund itself has supported non-governmental groups in Africa and other continents to block pro-GMO legislation and regulation and train representatives on anti-GMO campaigns.

In addition, nothing in the scientific realm of agroecology specifically rules out genetic modification. Instead, studies (like Our Land’s) look at cultivar selection, which is a more traditional genetic approach to farming. Olivier de Schutter, former UN Special Rapporteur on food rights, emphasized an agroecology in which “diversified ecological systems delivery strong and stable yields by building healthy ecosystems where different plants and species interact in ways that improve soil fertility and water retention.” There’s nothing that says genetic modification has to be conducted by a large corporation; the latest apple was created by a small company. And genetic modification has been successful at steering farming away from more hazardous pesticides and has the promise to further move food production away from chemical fertilizers as well as improve productivity, all stated goals of agroecology.

All of which may not demand rocket science but will demand a scientific approach.