This article or excerpt is included in the GLP’s daily curated selection of ideologically diverse news, opinion and analysis of biotechnology innovation.
At the beginning of 2018, I made a number of predictions about my expectations for the year. Three of them ran as essays in these pages. Another ran on my own website. The predictions were:
1. The Anti-GMO movement would be increasingly irrelevant
2. 2018 would mark a spotlight on a second generation of genetically engineered crops
3. Plant Meat 2.0 would go mainstream
4.  Food and farm coalitions would continue to fray

Let’s set the table for evaluating this. Intro from the essay:

Of the five predictions for 2018 that I’m going on record with, this is easily the mostly likely to leave me with egg on my face. But what’s the point of making predictions if you aren’t willing to put something on the table? To be clear, I’m not predicting the end of anti-GMO activism, but rather its ability to be taken seriously in mainstream venues.

In soliciting feedback on a draft of this piece, one of my more annoying friends asked “So by the end of 2018? – and is there a way to quantify this? Like how do we hold you accountable – or say you nailed it?”

That’s a good question and it tends to have a “I’ll know it when I see it” aspect to it. Let me lay down a few markers that might give a more concrete way of judging this prediction – with the caveat that we may not have the necessary perspective until a few years from now to judge if it was really accurate.
1. Is the anti-GMO movement able to push a NEW angle or topic into the public debate?
2. Are they able to drive reporting by major media organizations the way US Right to Know has been able to with The New York Times over the last few years?
3. Are they able to muster significant grassroots mobilization as they did with March Against Monsanto in 2013 and 2104?
4. Are they able to put significant public policy changes on the ballot in states or in counties with significant agricultural economies?

By the four criteria I laid out, I think the prediction held up very well for the US. In Europe, anti-GMO forces have been successful in getting gene editing regulated the same way as recombinant genetic engineering. In Africa, they are still plugging away and were successful in getting the Tanzanian government to pull the plug on key GE crop trials.

No, I’m not talking about CRISPR and other gene editing techniques. I suspect those will make other people’s lists of what to watch for in 2018, not mine. CRISPR will continue to march forward throughout 2018, but I don’t see any big change in trajectory from 2017, or 2016 or 2015 for that matter. Gene editing will continue to be important, but I don’t foresee much change in the story.

No, what I’m talking about is a new generation of GE foods that have finally been commercialized. These are crops that cut against common anti-biotech tropes and a biotech salmon that breaks new ground and could change the narrative in a fundamental ways.

The crops referred to in the essay were Arctic Apples and Bt Brinjal, and the salmon was the AquAdvantage Salmon.

The Arctic Apple has had a pretty good year. Packer reported in October:

The AquaAdvantage salmon hit Canadian grocery stores in 2018, while the US FDA approved the first production facility in the US in Indiana.

Reporting for the Cornell Alliance for Science, Mark Lynas reported in August that adoption of Bt Brinjal by Bangladeshi farmers increased significantly in 2018:

The GE pink pineapple seemed to be a big hit on Instagram. Approved in December of 2017, the Costa Rica-grown, Del Monte Fresh Produce pineapples started showing up in the spring. The pineapples have had their genes modified to produce lower levels of enzymes that convert the pink-colored lycopene — the stuff that gives tomato its red and watermelon its pink — into yellow pigment beta carotene.

Meanwhile, yours truly reported in November on the vast potential of cotton with edible seeds that was just approved for commercialization in the US.

While I don’t think we saw these crops begin to radically shift the terms of the debate – no one thing will – this was a banner year for moving beyond a world where genetic engineering is almost entirely represented by commodity crops with traits directed at farmers rather than consumers.

This is the prediction that came true beyond what I foresaw. Mainstream indeed. The Impossible Burger sliders are available at close to 400 White Castle locations. The Beyond Burger is found in nearly 500 US TGIFridays and 925 A&W’s in Canada. The company surpassed 10,000 points of distribution in 2018. Just Foods started delivering plant based chicken nuggets to schools at the end of the year.

This is my one slam dunk from my predictions for 2018.

Meanwhile, Carl’s Jr. just  announced a plan to roll out the Beyond Burger at 1,100 locations.

At the beginning of the year, I predicted the pattern of tension and disruption among the various food and ag political and economic coalitions would continue from the dramatic ruptures in 2017. Those ruptures included the outrage on ag Twitter to Cargill partnering with the Non GMO Project, Monsanto going on the attack against farmers and academic weed scientists in the wake of the Dicamba Debacle, a spate of high profile departures from the Grocery Manufacturers Association (GMA), and finally tensions and recriminations between the frenemies of the Organic and Non-GMO labels. I somehow left out the battle of including hydroponic in the organic standard that ended in November 2017.

Nothing as dramatic as the stampede out of the GMA happened in 2018, and reasonable people could disagree with whether I am correct about a continuing trend of fraying coalitions or whether the following three events are a return to the normal background rate of intramural skirmishes.  The Sustainable Food Policy Alliance, a group formed by Danone, Mars, Nestlé and Unilever when they peeled of from the GMA put out a statement of protest to the new Bioengineered label at the end of the year.

In February of 2018, Monsanto sued the board and each individual member of an Arkansas citizen’s pesticide board that they felt had arbitrarily set the buffer zones for Dicamba applications unnecessarily wide.

The US Cattlemen’s Association made a pre-emptive strike against the plant-based meat and vat meat industries, trying to nail down a legal definition of meat that confined it to meat produced through harnessing the biology of animals. Process rather than product. Expect the reverse argument when it comes time to regulate gene-edited cows. Likewise, the dairy industry started pushing for a standard that limits the use of the term ‘milk’ to cow’s milk. 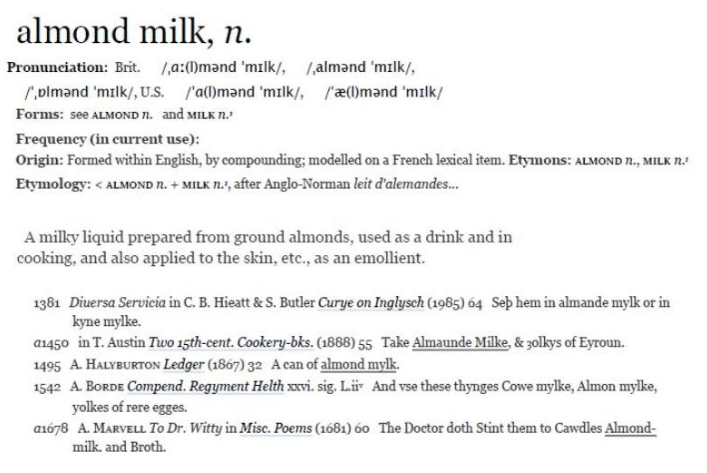