It shouldn’t be surprising that 2018 was a busy year for news in the world of human genetics. The public’s growing interest in this realm has been fueled by consumer genetic tests, ancestry results and by the dawning realization that gene editing will have a profound impact on our health and lives.

At the Genetic Literacy Project, we covered developments in these areas, as well as many others, including gene therapy, evolution and brain science. Here we will highlight some of our more popular stories published during the past year. Included in that list is the controversy surrounding Sen. Elizabeth Warren’s claim to Native American heritage; the question of whether transgender people might be identified by their genes; and research questioning why so many of those people diagnosed with depression don’t seem to be helped by medication. 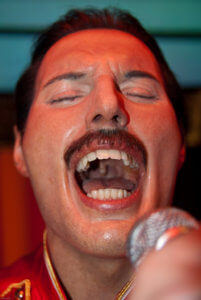 One of the goals of GLP is to connect current events and pop culture with the world of genetics. Perhaps the best example of this  in 2018 was a piece by genetic counselor and science writer Ricki Lewis, delving into the notable voice and teeth of Freddie Mercury, the singer and subject of the Golden Globe Award-winning movie Bohemian Rhapsody. How Freddie Mercury got his voice: It wasn’t his teeth explored the role that Mercury’s four extra incisors did, or didn’t, play in developing the singer’s unique voice. The piece, which garnered more than 32,000 hits and emerged again in the wake of the Golden Globe win as one of the most popular articles on the web, dismissed the idea that his extra teeth were due to any particular genetic disorder, before moving on to analyze the potential medical explanations for Mercury’s unique vocal range. But as is often the case in science, answers can be elusive:

Sometimes it’s best not to overanalyze things, just sing along or headbang in a car, and appreciate an astonishing talent that science just can’t explain.

2. The site also looks for opportunities to step in when science becomes heavily politicized, as was the case when Sen. Warren found herself in a controversy after 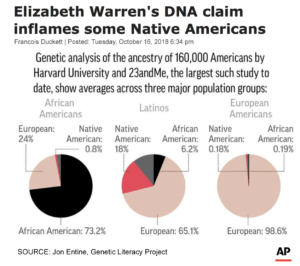 The story looked at a massive study of European American genomes, which were found to be “98.6 percent European, 0.19 percent African and 0.18 percent Native American.” Given what we know about the history of American colonization by Europeans, the results aren’t particularly surprising. It also explains why Warren’s claim — supported by a DNA test showing she possesses 1/64th to 1/1024th Native American heritage — was roundly rejected.

The piece also gave the GLP an opportunity to gain worldwide exposure, with the Associated Press building a graphic based on information from the site, which it distributed to more 1300 outlets in 106 countries.

3. Much of the world woke up to the fast-moving realm of gene editing when a Chinese scientist, He ‎Jiankui, made the shocking revelation in November that he was responsible for the world’s first CRISPR-edited babies. Not so for the readers of this site, which has long focused on what could be one of the most significant areas of human health and research.

Among the many stories we’ve published on the topic is a piece by astrobiologist and science writer David Warmflash exploring the potential for CRISPR to be used to edit genes inside  human bodies. What’s stopping us from using CRISPR to gene edit humans to fight disease? examined the technical and legal complications surrounding the issue:

This is a potential game changer in medicine and is closer to current clinical practices when compared with the germline editing and designer baby applications that grab more headlines.

4. The GLP also looks for opportunities to have a voice in subjects that are politically and socially sensitive. Often these topics can be divisive, or difficult for people to discuss. Among our best-read pieces last year was a story by Ricki Lewis examining transgender genetics — Here’s what we really know about transgender genetics—so far. The article examined recent research suggesting that transgender identities may have genetic underpinnings. 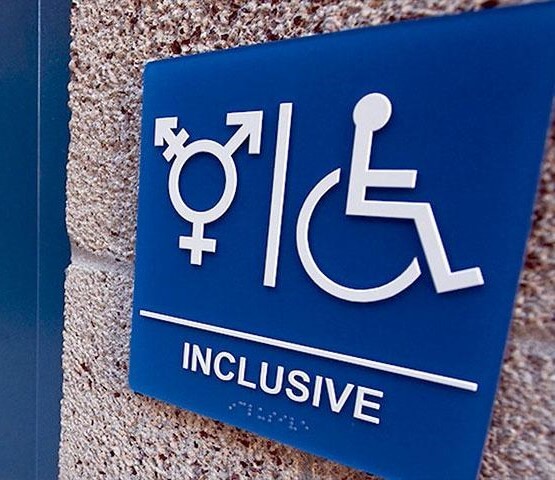 The study of 30 transgender individuals identified 20 gene variants that could play a role in gender identify. The GLP often finds itself in the role of examining the hype that accompanies these types of studies once they’ve made their way into the mainstream media. This article was no exception, with Lewis explaining what the study meant — minus the hyperbole found in some other publications. From the article: “But it is still a powerful statement, for it lends justification to the idea that identifying as transgender is neither a mental illness nor a lifestyle choice – it is a variation on the theme of being human, as we all are in one way or another.”

Lewis also explored the potential implications of the research: “Companies will spring up, like mushrooms after a spring rain, to package and pitch products to consumers. This could happen with more thought to economics than to the potential problems that might arise, such as a parent sending off a spit sample from a young child convinced she is a he or vice versa.”

5. While the GLP is largely focused on genetics issues, we do delve into several related areas, including human evolution. That’s what brought us to

Why humans started eating meat—and is it critical for our diet? which looked at the question of when and, more importantly, why humans started eating meat. The piece offered potential explanations for why it happened — and what impact it had on our evolution. The story suggests that our ancestors probably only consumed small amounts of meat, likely leftovers from the kills of large predators. Only gradually did we develop the digestive enzymes needed for our modern diets. It also notes that some paleoanthroplogists have suggested that eating meat and learning to cook it was the driving force for brain expansion.

6. Similarly, the GLP delved into a sensitive territory with an analysis of the controversy surrounding evolutionary psychologist Kevin MacDonald and his theories on Jewish behavior. Analyzing Kevin MacDonald’s ‘Culture of Critique’ and the alt-right’s embrace of anti-Jewish ideology explores MacDonald’s writings arguing that Jews evolved both genetic and cultural adaptations to preserve their own ethnic interests.

He argues this strategy resulted in the Jews designing some of the “most influential twentieth-century political and scientific movements” in an effort to undermine gentile society, while strengthening the position of Jews. MacDonald specifically blames Jews for the rise of leftism. From the article by Oxford graduate student Nathan Cofnas:

As long as mainstream scientists and intellectuals continue to flagrantly misrepresent the facts about group differences, and the possibility of group differences, there will be a place for pseudoscience to flourish under the guise of dangerous truth.

7. However, the site did not stop with just this article. We want to foster reasoned debate where possible. So this piece was followed by a reply from MacDonald: Kevin MacDonald responds to criticism of his theory of Jewish ethnocentrism and influence.

The piece allowed MacDonald to defend his position in his own words, furthering the discussion. He argued that the GLP article provided no reason to reject his thesis “that beginning in the 1920s, Jewish intellectual and political movements have been a necessary condition for the reshaping of American culture away from a strong sense of being a European Christian society in the direction of globalism, multiculturalism, and mass immigration of non-Europeans and non-Christians.”

8. Frequent readers of our site know that the subject of glyphosate is a common topic in our agricultural coverage. But there are times when that subject veers into the area of human medicine and health. Such was the case when an anti-GMO organization, Moms Across America, announced early in the year that the popular agricultural herbicide was found in common vaccines, including those for influenza, DTAP and MMR. 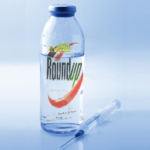 In Do vaccines contain glyphosate? Examining the anti-GMO claim, science writer and editor Andrew Porterfield examined the science behind the dubious claims. The story described how glyphosate is metabolized by microbiota in soil, but not by plants — making it highly unlikely that bioaccumulation in the plants used for those vaccines could occur. The story also recalled previous efforts by the group, including announcements that it had discovered the herbicide in breast milk and wine. Those claims were later discredited by independent studies. Wrote Porterfield: “So while ‘contaminated vaccines’ may seem like cause for concern, it’s really just more of the same.”

9. The GLP routinely covers news and research related to the complex workings of the brain. Among last year’s stories in this arena was this one by science journalist Kristen Hovet: When antidepressants fail: Are we looking at a new kind of depression? 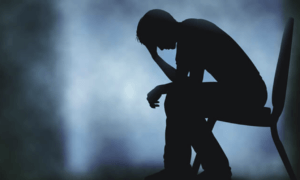 The article examined the question of why so many of those people diagnosed with depression don’t respond favorably to medication. Some research suggests this could affect almost half of all depressed patients. Hovet reported on the work done by a team of researchers in Japan: ” The team identified the mechanisms behind what some are calling a new form of depression. Though preliminary, their work could lead to the development of new antidepressants that stand to make the overall pharmacological treatment of depression more successful.”

The story also looked at the potential for new treatments based on this new research, which suggested a new form of depression based on the levels of a protein called RGS8, encoded by the RGS8 gene: “Research on these findings is only preliminary, but RGS8 is a promising candidate in efforts to create new antidepressant drugs for some individuals with treatment-resistant depression.”

Tim Barker, managing editor for the Genetic Literacy Project, is a veteran reporter, most recently with the Orlando Sentinel and St. Louis Post Dispatch. BIO. Follow him on Twitter @tbarker13