Viewpoint: Why we need to know more about transgenderism and genetics

“Transgender.” Just a few years ago, one hardly ever heard or saw that word in the news media. Now, hardly a week goes by without encountering at least one mainstream news story on this peculiar subject.

In early 2015, stories about the gender transition of Bruce Jenner, the 65-year-old former Olympian, were all over the news. Most of these stories focused on salacious rumors about Jenner’s transition, paparazzi photographs showing his painted fingernails or signs of breast growth beneath his shirt, or concerns within the LGBT (lesbian, gay, bisexual, transgender) community about the “spectacle” of it all. 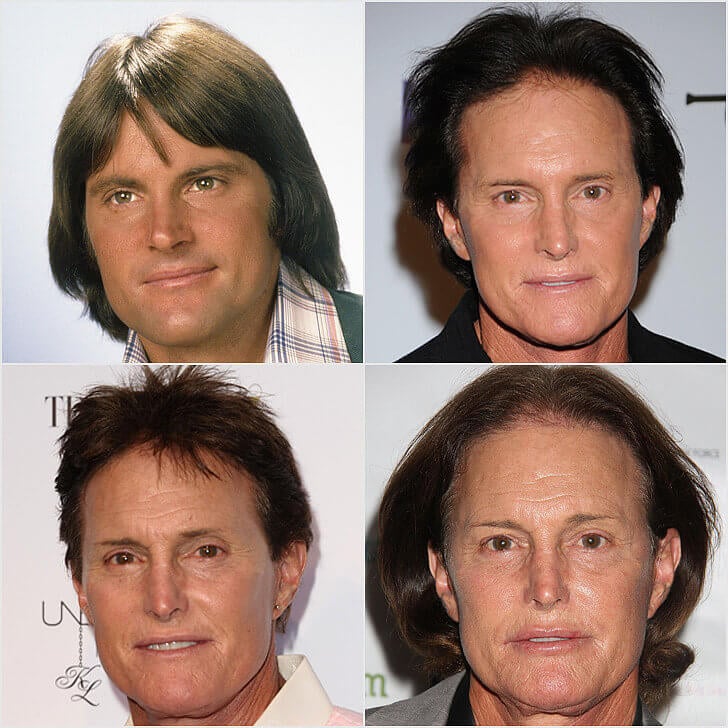 It did indeed seem like an out-of-control media spectacle in the days leading up to Jenner’s highly anticipated public “coming out” TV extravaganza, marked by appearances on Good Morning America and capped by a two-hour interview with Diane Sawyer on ABC’s 20/20 on April 24, 2015. Jenner revealed personal info about “the journey, the decisions, the future”; the Kardashian clan was reported to be worried about how Jenner’s comments might affect the reality-TV family’s reputation; and the first photo secretly obtained of Jenner wearing a dress was pasted across the Internet.

One thing I did not see in any of these breathless stories about Jenner was a serious, scientific discussion about the possible causes of transgenderism, including genetic influences.

As a 55-year-old individual who has struggled with my gender identity for more than 40 years—still without completely resolving the struggle or conflict—I have long been curious about the causes of transgenderism. My curiosity stands in contrast to most of my transgender friends—many of whom have fully transitioned (unlike myself). They generally show no interest in what caused them to be the way they are, and they tell me that I should stop worrying about causes and simply accept it and be happy about it. But I can’t do that.

With the increasing media attention being given to the T in LGBT, one would think such answers would be fairly easy to find these days. But that would be an incorrect assumption. Like my transgender friends, almost all media reports on this matter simply acknowledge how wonderful it is for transgender people to express themselves, and how wrong it is for transgender people to be discriminated against. I agree with those sentiments. But where is the scientific curiosity about the gender identity issue?

As with homosexuality, media reports about transgenderism almost never ask “Why?” Why are some people homosexual or transgendered? Might it be related in some way to certain experiences while growing up? Is it something in their genes? If so, what exactly? It is considered politically incorrect—a sign of intolerance and bigotry—to ask such questions. That’s what I have been told by a number of people who work in both journalism and science. And whenever I have raised such questions in LGBT online discussion boards, I have been shot down with angry comments, such as “There is no such research!” “Stop asking those stupid questions!” “Who cares anyway?” “What are you, a troll bigot?”

Geez! That kind of ignorant, willingly blind attitude drives me crazy! (Also driving me crazy is the way the media lumps together all forms of transgenderism as a single, monolithic issue. News flash: “Transgender” can mean a wide variety of things. For example, a transvestite and a transsexual are both transgender, but they are very different. One enjoys dressing like a woman but considers himself male; the other actually wants to be a woman and considers himself female. And there are some people, like me, who are caught somewhere between the two—not exactly sure which one best applies to us.)

Personally, I tend to agree with Lady Gaga that LGBT people were “born this way.” I suspect that certain gene mutations or other congenital factors (such as certain unusual conditions in the womb) result in tendencies toward various types of transgenderism or homosexuality. Nevertheless, I still want to know what the latest science says about this matter. But reports of such science are rarely encountered in the mass media, such as television or newspapers.

Every now and then, however, one does hear or see stories about scientific findings regarding LGBT issues. The best chance of finding these stories is through the use of carefully targeted Internet searches.

In 2014, several media outlets carried reports of an interesting study of 409 pairs of homosexual brothers. (This study was formally published in the May 2015 issue of Psychological Medicine.) The researchers found evidence that sexual orientation in men is influenced by certain single nucleotide polymorphisms (SNPs) on chromosome 8 and the X chromosome. This study was described by New Scientist in November 2014 as “the strongest evidence yet that gay people are born gay.”

But even New Scientist, though it properly covered the research findings, felt the need to editorialize: “Ultimately, what causes homosexuality doesn’t matter as much as the fact that homosexual people exist, and have always existed, in every society on earth. In the words of the activists: some people are gay. Get over it.”

Related article:  The Varroa destructor mite is the greatest threat to US honeybees, and why things could get worse.

Is it necessary to add such aggressive, activist, off-putting commentary to a science story? I think not. I also think it is wrong for an allegedly scientific publication to proclaim that a scientific finding on any subject “doesn’t matter.”

Regarding my personal interest in LGBT matters, Rolling Stone ran a brief, although welcomed, article in July 2014 titled “The Science of Transgender: Understanding The Causes of Being Transgender.” Writer Sabrina Rubin Erdely noted:

…a growing body of research is pointing to biological origins. The 2008 discovery by Australian researchers of a genetic variation in transgender women—their receptor gene for the sex hormone testosterone was longer, making it less efficient at communicating signals—set off speculation that insufficient uptake of male hormones in utero contributed to a “more feminised brain.” And the brains of trans people do look different. Recent Spanish imaging studies have shown that the white matter of untreated trans men look much like those of biological males, and that the patterns of trans women’s white matter fell about halfway between those of biological male and female control groups.

Erdely also noted that the role of genetics in shaping transgender identity remains very much unknown, noting, “a recent survey of identical twins found that only in 20 percent of cases did both twins turn out transgender, despite having identical DNA.”

Such media reports are refreshing, because they at least indicate to the public that science is trying to figure out a subject that is usually discussed in only political or social terms. Even if the science is currently too complex for even scientists to understand—with unknown interactions of genetic and environmental influences—it is important that writers in the media honestly convey that information to the public. Why keep it a secret? Any kind of information based on scientific evidence is always good to share.

Unfortunately, some people in the LGBT community object to studies that investigate the genetic roots of gender or sexual identity. Perhaps that is why these kinds of studies get so little coverage in the mainstream media—and maybe also why there are so few such studies to begin with. Look at some of the seemingly fearful, who-cares-about-science comments in reaction to a November 2014 Huffington Post story about the Psychological Medicine gay brothers study:

Such public comments are disheartening. Scientific knowledge should always matter—to everyone. And it should never be feared—for any reason. To quote renowned psychologist and author Steven Pinker in The Blank Slate: The Modern Denial of Human Nature quoting Chekhov, “Man will become better when you show him what he is like.”

We need much more scientific research into the causes—genetic and otherwise—of homosexual and transgender behaviors, as well as all other forms of human behavior and sexuality. Why? Because knowledge about human behavior and sexuality is essential to understanding what being human is all about. And investigating what it means to be human is one of the noblest quests of science. Then, after the science, we need honest media reports about this research—free from political agendas, advocacy, or fear mongering.

In a story about the Psychological Medicine gay brothers study in February 2014, The Guardian included insightful comments by Qazi Rahman, a psychologist at King’s College London:

“This is not controversial or surprising and is nothing people should worry about. All human psychological traits are heritable, that is, they have a genetic component,” he said. “Genetic factors explain 30 to 40% of the variation between people’s sexual orientation. However, we don’t know where these genetic factors are located in the genome. So we need to do ‘gene finding’ studies, like this one by Sanders, Bailey and others, to have a better idea where potential genes for sexual orientation may lie.”

Rahman rejected the idea that genetics research could be used to discriminate against people on the basis of their sexual orientation. “I don’t see how genetics would contribute more to the persecution, discrimination and stigmatisation of lesbian, gay, bisexual and transgender people any more than social, cultural or learning explanations. Historically, the persecution and awful treatment of LGBT groups has been because politicians, religious leaders and societies have viewed sexual orientation as ‘choice’ or due to poor upbringing.”

I would go a bit further, by offering my own version of FDR’s famous proclamation: “…let me assert my firm belief that the only thing we have to fear is fear of science itself.”

A version of this article previously appeared on the GLP on April 23, 2015.

A. J. Smuskiewicz is a freelance writer specializing in science and medicine, including issues of human sexuality and gender. His website is ajsmuskiewicz.com