The November announcement of CRISPR-created babies provoked an intense uproar from scientists, ethicists and the public alike. Fears of independent actors and of their misguided decision-making seemed to be realized, and in the flurry of thought pieces published in reaction, many advocated for “strict and independent oversight,” “international consensus” by “scientists, ethicists, and government officials” and “public debate and decision-making.”

While the myriad articles written in November’s aftermath addressed important aspects of the situation, including calls for greater “oversight and transparency,” a crucial aspect has been neglected: Why do we want public debate and where should this debate take place? Who should we actually be deliberating about this technology? While there is indeed good reason to be wary about rogue actors violating ethical norms, we should also be deeply concerned about who has the power to determine those ethical norms in the first place.

Various institutions are designed differently to achieve certain results, but they all ultimately fail to address pertinent moral questions CRISPR invites because they are not equipped to consider the full range of normative concerns. An ideal system of governance would feature a convergence of legal legitimacy, sound moral principles and scientific integrity. However, governing institutions, such as courts that rule on laws, legislatures that create laws, and administrative agencies that promulgate rules, are often constrained by their mandates for power, bureaucratic requirements or internal mechanisms. From the perspective of the ethical use and accurate understanding of technology and science, we often find these institutions wanting, making non-ideal decisions that may be made for specific political or legal, rather than moral and scientific, ends.

For example, in the summer of 2018, the European Court of Justice ruled that CRISPR plants should be regulated using the same extensive risk analysis process as earlier generations of GMOs. The court determined this by understanding gene editing tools to be similar enough to genetic engineering methods, and thus should be regulated accordingly. This determination could be considered legitimate and legal because it upheld an internal logic and consistency. However, scientists and industry members alike critiqued the ruling for being far too restrictive and expensive, as well as lacking scientific merit, thus hindering health and progress.

In the legislative realm, the US Congress is poised to renew its ban on creating CRISPR babies, as well as “three-parent babies” that are used to prevent mitochondrial disease inheritance. But blocking all embryonic DNA changes create new problems, argues I. Glenn Cohen, a bioethicist and legal scholar. The approach problematically curtails all endeavors, rather than just the more controversial applications, he said. As a representative body, Congress is meant to be held accountable to the interests of its constituents, but barring any knowledge of what its constituents actually want (such as in the case of CRISPR), it often acts in order to promote its own interest (namely re-election), and CRISPR babies are most likely not popular particularly after November’s shocking revelation that Chinese scientist He Jiankui had successfully created the world’s first gene-edited babies.

At the US Food and Drug Administration, administrators are regulating CRISPR as though it’s a drug rather than a device or a tool, and genetically modified animals as though they are drugs themselves. The distinction is important, but only for the internal legitimacy of the organization’s actions, not for any reality outside of it. And while these have penetrating implications for health and progress, these are not the questions it asks.

How then do we best resolve the tension between the legitimate goals of political representation and legality with a morally sound and evidence-based use of genetic technologies? There have been two variations of democratic deliberation arguments: One from well-meaning scientists, bioethicists and other commentators, who advocate for the greater role of “public debate,” and the other from those who argue for bringing together all of the stakeholders in the regulation debate. These formulations, however, are often reactions to the absence of rules, controls and authority that should exist to constrain or permit certain kinds of CRISPR applications, rather than a sincere examination of the content of the moral implications that should determine the structure of this international venue. 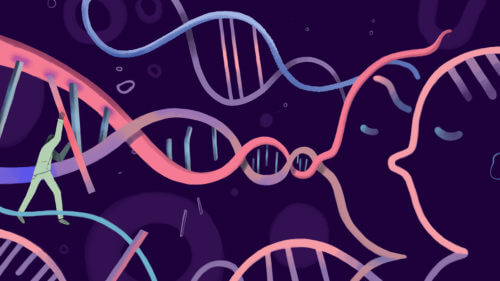 For example, in a recent The New York Time piece, Pam Belluck highlights two ethical concerns emerging from He’s November announcement that he used CRISPR to edit the DNA of two embryos, both of which resulted in live births. The first major concern articulated is whether He exposed his patients to unnecessary risk and did not attain proper informed consent. The second is that he acted alone, lacking approval (albeit unofficial approval) from colleagues, and thus has been met with nearly universal condemnation. Not unlike the Dr. Frankenstein of our nightmares, the worry is that He’s isolation resulted in a creation that we are not ready for, and his actions have had a backlash on the scientific community’s willingness to not only speak about genetic editing, but to advocate for its use in research that could truly benefit humans and the environment. The article’s solution to this concern is that there should be a more international collaboration amongst experts: “the best way to block misguided uses of embryo editing is coordinated action by all public and private players involved in new scientific technologies, including regulatory agencies, patent offices, funding organizations and liability insurers.” The goal is, as bioethicist R. Alto Charo is quoted as saying, to “’restrain the rogues among us.’”

While this institutional arrangement is not a bad place to start, it is also incomplete. This is because the article misses CRISPR’s central moral question. CRISPR, while promising great benefit, would more likely directly benefit the wealthy and privileged, thus amplifying certain social stratifications due to existing systems of access to health. This in turn has a ripple effect for particular genetic populations. Altering the genes for those who can afford it creates a world in which the privileged few can benefit far greater and more quickly than the less well off, exacerbating inequalities and vulnerabilities that are problematic in themselves, and also lie at the core of myriad societal ills.

Due to this oversight, the actors that Belluck identifies with creating the regulations and guidelines that will govern the use of CRISPR are sorely lacking a crucial voice: the people. We should not assume that the decisions made by the powerful, such as science experts and insurance companies or foundations and patent lawyers, though essential, are sufficiently equipped to represent the full range of moral considerations. And though the institutional recommendation of the article is appropriately situated in this fear of incorrectly stalling valuable research due to anxieties of “rogue actors,” the suppression of vulnerable populations that are susceptible to the abuses of neoliberal policies that either create or perpetuate systems of domination must also feature prominently.

In a recent article in STAT, Nina Frahm and Tess Doezema argue similarly that calls for self-governance circumvent ethics discussions, ones that can only happen in a broader “international deliberative body that gathers individuals across disciplines and civil society organizations and also provides opportunity for public input.” For the authors, this just permits “scientific enablement” which shirks “responsibility for the human futures they seek to alter.” This critique is well founded, for it includes more than just scientists and insurance agents at the table, but it also lacks an institutional recommendation for why the public is helpful in forestalling this circumvention of ethics or creating the ethics themselves.

A democratically diverse group of people is necessary when articulating such concerns because it creates the conditions for preventing domination and demanding full evaluation of evidence and arguments. Consider, after all, that the essential quality of democratically distributed power (not just through voting, but through direct participation) is that it gives voice to those who need it most, such as by creating space within rooms of experts and insurance companies to truly hold them accountable to the deep and abiding interests of the most relevant and significant stakeholders, the weak and the poor, the sick and the vulnerable.

The problem of rogue acting, or the problem of whether gene editing is a tool or a drug, is not nearly as troubling as the problem of either the intentional or accidental maldistribution of power that abuses or dominates certain people by keeping them at the bottom and allowing others to profit and benefit. Either the absence or failure of certain policies and regulations results in a world in which hierarchies and distributions of resources create these social conditions. If we want our world to be one in which the sick, regardless of income or genetic makeup, have access to valuable and powerful technologies that will allow them to flourish, we must invite a diverse swath of people within these cloistered and moneyed institutions.

Naomi Scheinerman is a PhD candidate in Yale University’s Department of Political Science. Her work lies at the intersection of democratic theory, ethics, philosophy of science and epistemology, with special interest in re-imagining the authority of the science expert, the lay person and their governing institutions in regulating new and emerging technologies.