Viewpoint: How the Canadian Broadcasting Corp. fails viewers in its misleading coverage of GMO crops and glyphosate

It’s no secret the Canadian Broadcasting Corporation (CBC) is not a fan of modern agriculture. Over the last two decades, this publicly funded news organization has promoted unjustified fear of genetically engineered (GE) crops based on pseudo-scientific claims, incomplete evidence and conspiracy theories—failing to mention that every food safety authority in the world says crop biotechnology is no threat to human health.

By ignoring this expert consensus and giving air time to activist researchers and trial lawyers, the CBC has left Canadian taxpayers with the impression that their food supply is dangerous.

Although dozens of prominent environmental groups and rogue researchers have stoked consumer fear of GE crops, French biologist Gilles-Éric Séralini and the International Agency for Research on Cancer (IARC) have arguably done the most damage. The CBC has misinformed its audience about both. Séralini, funded largely by staunch anti-GMO interests, has produced several “studies” showing that GE crops are dangerous. For instance, Séralini published an  infamous (and now retracted) study in 2012 showing that GE corn and the weed killer glyphosate, commonly paired with GE crops, caused cancer in rats. Even though four EU-funded, properly controlled studies failed to replicate Seralini’s paper, the CBC has never bothered to inform its audience of the scandal. 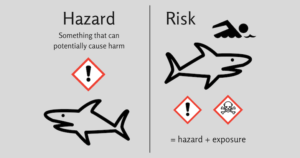 IARC, a subgroup of the World Health Organization (WHO) that evaluates carcinogenic hazards (not to be confused with risks) to humans, declared glyphosate a “probable carcinogen” in 2015, breaking with the global consensus on the herbicide’s safety. [Note that IARC did find that glyphosate is not harmful to humans as a result of minute residues in their food; it only found mixed evidence that those who apply the herbicide continuously over years might have a cancer threat dependent upon exposure.] The CBC has repeatedly cited IARC’s 2015 evaluation of glyphosate in order to spread fear about the weed killer, and by extension GE crop technology. Many experts have criticized the WHO agency for omitting important glyphosate research from its 2015 monograph, including the largest epidemiological study in the world on pesticide use. This massive study followed more than 50,000 farmers and pesticide applicators over twenty years and found no link between glyphosate exposure and cancer.

Critics have also raised concerns that IARC’s carcinogenic classification of glyphosate was pre-determined, based on revelations that predatory law firms manipulated the agency into adding the weed killer to its 2015 monograph. Armed with the IARC classification, tort lawyers have launched thousands of lawsuits against Bayer, the original manufacturer of glyphosate, which have so far resulted in two jury verdicts against the company. As with GE crops, every other regulatory body and public health agency around the world has found that glyphosate doesn’t pose a cancer risk to humans, as the GLP reported in a recent summary of world regulatory findings.

Click here for a downloadable .pdf version of this infographic.

When allegations of data manipulation at IARC came to light, the US House Science, Space and Technology Committee sent a letter to the head of the WHO agency requesting answers:

Recent news media reporting has revealed troubling evidence of data deletion, manipulation, and potential conflicts of interest with Monograph 112 on glyphosate. Additionally, there seems to be a lack of transparency in the science used to justify the findings on glyphosate.

IARC refused to come before the committee to address the allegations, and the CBC said nothing about the situation. However, the news organization found its voice when Health Canada released its 2017 re-evaluation of glyphosate. Among its key findings:

Instead of highlighting any of these results, CBC’s headline read, “Glyphosate labels to change, Health Canada announces.” Following allegations that Bayer had covered up evidence of glyphosate’s carcinogenicity, Health Canada released a third re-evaluation in January 2019, which matched its previous conclusions. In what can only be described as a hit piece, the CBC reported on March 17 that Bayer may have “captured” Health Canada. CBC personality Wendy Mesley began the segment with an insinuation that Bayer had copied the tobacco industry in attempting to conceal the dangers of its product. She went on to cite IARC’s glyphosate classification without mentioning the fatal flaws in the agency’s monograph.  She also used graphic photos of Dwayne Johnson, the California groundskeeper who successfully sued Bayer for allegedly causing his non-Hodgkin’s Lymphoma.

But it got worse.

Mesley segued into an interview with Brent Wisner, a lawyer whose firm sued Bayer on Johnson’s behalf. Wisner  proceeded to slander Health Canada, suggesting Bayer had cast a “magic spell” on the agency. The last few seconds of the report presented two print statements from Health Canada and Bayer countering Wisner’s assertions. But the segment was mostly one-sided propaganda that left viewers with the false impression that glyphosate poses a serious cancer risk to consumers.

There is no excuse for such misinformation from Canada’s ‘National News Agency.’ The CBC receives hundreds of millions of dollars each year from Canadian taxpayers, and the least they deserve for such a massive investment is accurate news coverage. Instead, the CBC provides biased reporting on GE crops and pesticides, which does a tremendous disservice to Canada’s hard-working farmers and to the public as a whole.

Robert Wager has been a faculty member of the biology department at Vancouver Island University for 24 years. He specializes in public outreach on Genetically Engineered crops and derived foods. Follow him on Twitter @RobertWager1 and his website