My wife and I recently celebrated our one-year wedding anniversary in South Lake Tahoe, situated on the border of California and Nevada. As we sat down to a delicious Italian dinner, I saw this warning posted on the restaurant’s wall above our table:

Certain foods and beverages sold here….expose you to chemicals known to the state of California to cause cancer and birth defects or other reproductive harm.

As far as California law is concerned, the garlic bread we ate that night boosted our cancer risk because of a byproduct created  when it’s cooked. In contrast, the US Food and Drug Administration and most every scientist that’s looked at the potential dangers say my wife and I weren’t gambling our futures away, and indeed we enjoyed dinner and lived to tell about it. But the sign above our table was a reminder that thousands of businesses are often forced to post what turn out to be scare-mongering warnings under the Golden State’s Safe Drinking Water and Toxic Enforcement Act, better known as Proposition 65.

It’s at the center of what scientists who study the effects of toxic chemicals and regulators who are handcuffed by laws voted on by popular demand in ignorance of science call the Activist-Legal Complex. 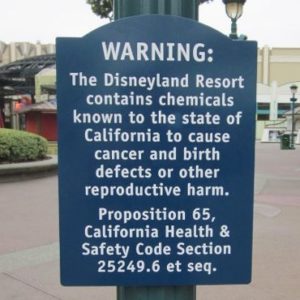 Prop. 65 was originally passed by well-meaning voters in 1986 to reduce the public’s risk of cancer and birth defects. It has required manufacturers to eliminate genuinely dangerous chemicals from their products, such as lead removed from children’s toys. There are more than 800 products listed.

But the law has also resulted in California designating many foods and consumer goods—including coffee, french fries, flip flops, toothbrushes and even trips to Disneyland—as dangerous when the real-life chance of these things causing harm is negligible.

In the latest example of the far-reaching consequences of this proposition, the over-the-counter drug acetaminophen, sold under the trade name Tylenol, is being considered for listing, which would open the door to warning labels on many safe OTC drugs, and would likely result in a slew of lawsuits. A listing decision is expected later this year.

Many items have been classified under Prop. 65 because California can declare a substance carcinogenic if as few as one “authoritative body” judges a substance potentially carcinogenic, even if it runs counter to the science consensus and an overwhelming number of high-quality studies. That means many substances are listed without “a causal link between a product and an adverse health effect,” according to Breanne Kincaid, research director at the Center for Accountability in Science.

For example, more than 100 studies show that coffee is perfectly safe for 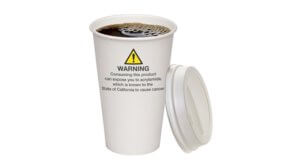 humans to consume, and may even reduce the risk of developing some cancers. But because your morning latte contains a chemical that can cause cancer in laboratory rats, a California judge ruled in 2018 that Prop. 65 warnings applied to coffee. In this case, a public backlash  pushed California to remove coffee from the Prop. 65 list.

This overly broad standard has created a self-perpetuating industrial complex of attorneys, consultants, and activists who profit at the expense of businesses and consumers, both in California and around the US. The law has exposed  businesses to an unending onslaught of legal trouble, because anybody can “enforce” Prop. 65 by filing a suit against an allegedly offending company. This activist-legal complex demonstrates the devastating consequences that befall society when we let lawyers settle scientific questions.

The demand for legal and compliance services around the law is so extensive that Prop. 65 Clearinghouse, a web-based publishing company operated by a team of lawyers, hosts an annual conference at which stakeholders keep current on California’s ever-evolving chemical regulations and strategize for the coming year. It’s a trade show for lawyers and activists who profit from Prop. 65 litigation.

A quick glance at the conference’s list of sponsors confirms this accusation: an odd mix of powerful defense law firms, trade associations, and a nonprofit group that files Prop. 65 lawsuits as a means of fundraising. But why do law firms that defend businesses in Prop. 65 lawsuits co-sponsor events with an environmental group that files those lawsuits in the first place? Well, it’s all part of the arrangement.

Related article:  It's not cancer: Removing cancer label from some conditions may greatly improve care

Businesses sued under Prop. 65 have very few options when mounting a defense. They can fight the lawsuit if they have attorneys, but the associated legal fees are usually unmanageable. The penalty for violating Prop. 65 is as high as $2,500 for every day the business is out of compliance. Then, of course, the company has to pay their attorneys, as well as the plaintiff’s attorneys if they lose. Add to that the wasted time and lost productivity of a protracted legal battle, and many businesses conclude that fighting back isn’t a realistic option, even if they are in compliance with the law.

As a result, companies often choose a different strategy. They join a trade group in which their entire industry is represented by a large defense firm that specializes in Prop. 65 lawsuits, like the ones sponsoring the conference mentioned above. These “opt-in defendants” pay a retainer to the defense firm and a smaller, negotiated penalty for violating Prop. 65, and the settlement remains open to other businesses in the industry who may be sued under Prop. 65 in the future.

As one law firm explained in 2010, “defense attorneys get hired, recruit a lot of other defendants, settle the case and collect fees from everyone involved.” In regard to the opt-in settlements, the firm noted in one example, “defense counsel and plaintiff’s counsel effectively teamed up against the interests of any new defendant.” Former California Attorney General Bill Lockyer has called these arrangements “collusive,” and attempted to block one such settlement in 2004.

This activist-legal complex wouldn’t be possible without a pseudo-scientific foundation for the lawsuits against alleged Prop. 65 violators. That’s where the Center for Environmental Health (CEH)–an Oakland, California-based nonprofit and past sponsor of the Prop. 65 Conference–comes in.

“We’re science geeks,” the group boasts on its website, and it uses this geeky background “….to scour the marketplace for products that expose your family to….hidden toxic chemicals.”

After scouring the marketplace, CEH publishes non-peer reviewed studies it uses to lobby for tighter chemical regulations and sue companies around the country. Other plaintiffs attorneys have cited the group’s research in class-action lawsuits against corporations as well.

But there’s a major problem: CEH has often demonized products that are non-toxic to humans. For example, the group warned parents in January 2019 that nearly 70 percent of oat cereals and breakfast bars contain the weed killer glyphosate, a toxic “….chemical that can cause cancer and hormone dysfunction….” CEH didn’t bother to mention that you’d have to eat 30 bowls of cheerios a day, every day, for more than a year to even approach the Environmental Protection Agency’s (EPA) limit for safe glyphosate exposure.

The group has often cherry-picked studies to further its ideological goals. For example, it cited a single controversial and contested 2009 study suggesting that glyphosate is an endocrine disruptor, while ignoring comprehensive and more recent research published by the EPA and European Food Safety Authority. These extensive reviews rejected the assertion that glyphosate harms the endocrine system. CEH’s claim that glyphosate causes cancer is equally at odds with the evidence, as every public health and regulatory agency in the world has concluded that the herbicide doesn’t pose a cancer risk.

Despite the international consensus, California decided to require warning labels on glyphosate under Prop 65 in 2017 after one international agency, the International Agency for Research on Cancer (IARC), judged the herbicide a likely carcinogen—a judgement roundly criticized by the mainstream science community.

The larger concern is that Prop. 65’s impact is not confined to California. When the Washington DC-based Environmental Working Group (EWG) warned in August 2018 that parents unwittingly serve their children breakfast with “a dose of weed killing poison,” EWG cited California’s classification of glyphosate as a carcinogen under Prop. 65. The environmental group’s glyphosate testing has since been used to justify a class-action lawsuit against General Mills, which alleged the cereal maker deceived customers “into believing that Cheerios and Honey Nut Cheerios are safe.…” 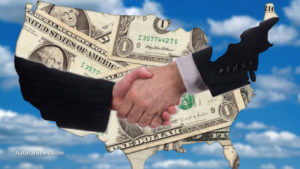 Between 2010-2017, hundreds of Prop 65. lawsuits were filed against businesses headquartered outside California, because they sold products to California residents online or through independent retailers. Excluding Iowa and Idaho, every state in the union has paid more than $1 million to settle Prop 65. lawsuits over that seven year period, and eight states have spent over $5 million each on settlements. Since 2000, the law has been misused to extract over $310 million from businesses and consumers.

Those numbers are startling on their own. But the more important point they illustrate is that scientific questions should be settled by scientists, experts who know the facts and whose paychecks aren’t tied to legal settlements. Moving chemical safety debates into the court system allows activists and lawyers to abuse legitimate regulations for political and financial gain. That’s an outcome all of us, wherever we live, can do without.