Chasing the causes of pancreatic cancer. When can genetic testing offer answers?

This article or excerpt is included in the GLP’s daily curated selection of ideologically diverse news, opinion and analysis of biotechnology innovation.
Andy Edgerton began to suspect something was off when friends noticed yellowing of his eyes. That turned out to be jaundice. Doctor visits started soon after. Later came a time that he was in such intense pain in the abdomen that he couldn’t get up. And in the fall of 2015, at age 37, the father of two young children, was given the devastating diagnosis of stage IV pancreatic cancer.

It was the same diagnosis revealed in March to be facing “Jeopardy” host Alex Trebek, who recently offered a rather optimistic update on his own health status, saying that his cancer is in “near remission” following aggressive chemotherapy.

Historically, the outlook for such a diagnosis is bleak, with a five-year survival rate of just 9 percent. Edgerton lived for nearly two years after his own diagnosis, according to the Edgerton.Life Pancreatic Cancer Foundation. The disease is currently the third deadliest form of cancer and predicted to be number two in the coming years, according to the Pancreatic Cancer Action Network. More than 45,000 people are expected to die from the disease this year.

“Pancreatic cancer is sometimes called ‘the silent killer’ because it often does not cause any symptoms to suggest its presence until it is advanced or metastatic,” said Dr. Richard McKittrick, of the University of Kansas Cancer Center.

A variety of risk factors have been linked to the disease, including obesity, smoking and diabetes. But researchers also are exploring the role played by genetics, with 10 percent of pancreatic cancer patients have a family history of the disease, according to the Pancreatic Cancer Action Network. 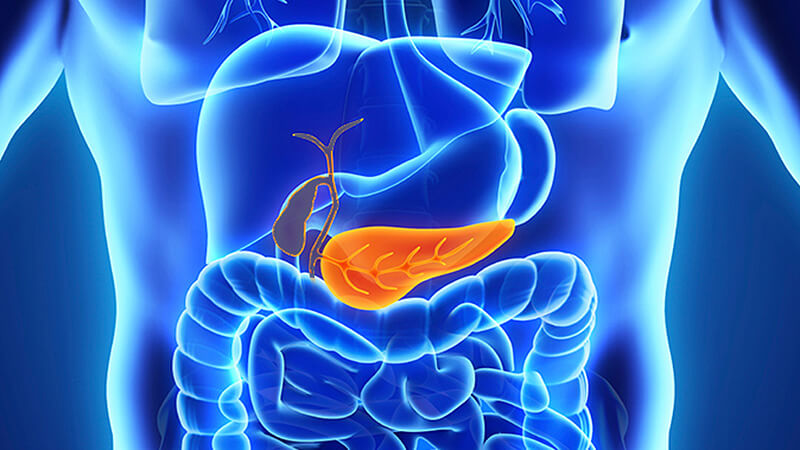 Also, African Americans and Ashkenazi Jews have a higher incidence of the disease, suggesting potential genetic links. In the case of the Ashkenazi, it may be related to the BRCA2 breast cancer gene found in 1 percent of those individuals, according to the network. Said Dr. Victoria Manax, the network’s chief medical officer:

In Edgerton’s case, genetic testing did not find any links to the disease, suggesting that he falls into the sporadic category.

With so little known about the disease’s genetic origins, proving a link can be problematic. Such is the case with Roberta Luna, a paralegal in Orange County, California. She lost her grandmother, father, mother and uncle to the disease. And 17 years ago, she was diagnosed with stage III pancreatic cancer. She had genetic testing after she was diagnosed, but the test was inconclusive. She says the disease has its ups and downs.

“A good day is a day that you’re grateful for waking up. I can go on and on about a good day – simply a good day is just being alive,” said Luna, who also volunteers for the network.

Roslyn Turner lost both of her parents to the disease. Driven in part by fear of the unknown, she sought genetic testing to gain a better understanding of her own risk. Turner, a clinical oncology social worker, lives in Chicago. She is the past-president of the Rolfe Pancreatic Cancer Foundation Young Professionals Board.

“For a long time, I used to think I had to live in fear, that having both parents die from this terrible disease meant that it was inevitable I too would be diagnosed. I decided that instead of fear, I would choose hope. I would choose education and action,” said Turner, who remains cancer free.

Certainly, there is recent research suggesting potential genetic links to the disease. A paper published in June 2018 in the Journal of the American Medical Association linked six genes to the disease and suggested there could be benefits from genetic testing in hopes of achieving earlier diagnosis.

The American Cancer Society also offers a list of genetic syndromes that can cause pancreatic cancer:

“Genetic testing can determine whether someone who has pancreatic cancer or who has a family history of the disease has a germline genetic alteration that could be linked to the development of pancreatic cancer. Germline alterations are passed from generation to generation, and they can be found in every cell of a person’s body,” she said.

Particularly for those who already have the disease, testing can bring a sense of relief.

“For the patient, there are certain types of germline genetic alterations that have been found to influence patients’ likelihood of responding to certain types of treatment. This information, in addition to profiling of the tumor tissue itself, can guide a precision medicine approach to improve the patient’s likelihood of a good outcome,” she said.

A good starting point is to meet with a genetic counselor. But such testing isn’t just for cancer patients, she said.

“For family members, if their loved one has tested positive for a genetic change that influences pancreatic cancer risk, they may also want to be tested. A person has a one-in-two chance of inheriting the same alteration as their parent,” she said. “Testing positive for the alteration does not mean the person will necessarily develop pancreatic or other cancer types over their lifetime.”

Sunnie Alexander is a features and investigative freelance journalist. Her interests include healthcare, genetics and social issues