‘Better’ gut bacteria probably won’t turn you into an elite athlete. But could it give you a performance boost?

This article or excerpt is included in the GLP’s daily curated selection of ideologically diverse news, opinion and analysis of biotechnology innovation.
A few days before running a marathon, you take up a probiotic mixture. Your gut microbiome gets enriched with bacteria that enhance your metabolism and raise your stamina levels. On the big day, you feel less tired and fatigue comes later during the run.

This may be more realistic than you think. New research shows that certain microbes frequently found in the guts of elite athletes may play a role in increasing endurance. And some of these researchers, including genetics pioneer George Church, are encouraged enough by early results that they’re now exploring commercial applications targeting runners and other athletes.

Microbes, a major component of our gut

The human esophagus, stomach and intestines form a hospitable environment to more than 300 bacterial species that form the gut microbiome. This microbiome composition is not steady. It changes together with our diet, health, age, and activities. The bacteria are not mere parasites, but are involved in a symbiotic relationship by participating in our metabolism (such as breaking down fibers from food or biosynthesizing vitamins).

Maintaining a healthy microbiome is important for human welfare. The gut bacteria interact with our cells, prevent other, potentially pathogenic, microorganisms from colonizing our organs, and shape the extracellular environment. The study of how these microbes affect health is a novel field, and new research gets published every day, linking the gut microbiome with a variety of diseases, including obesity, diabetes and even cancer.

In 2014, a study showed that gut microbes are affected by the day-and-night cycle of the host. The scientists showed that disruptions of this cycle – such as travelling across time zones – disrupt the natural cycles of feeding and cell repair; these disruptions affect the host’s metabolic functions. In simpler words, if your microbiome is jet-lagged, you may have symptoms such as weight gain and increased body fat. This was shown when microbiomes of jet-lagged humans were transplanted in healthy mice: The mice showed a deterioration of their health compared to the control group.

A particular microbiome composition could associate with a specific lifestyle. As shown in the mice experiments, the drawbacks of this lifestyle can be transferred together with the microbes. But what about the positive aspects of a healthy gut, are they transferrable? 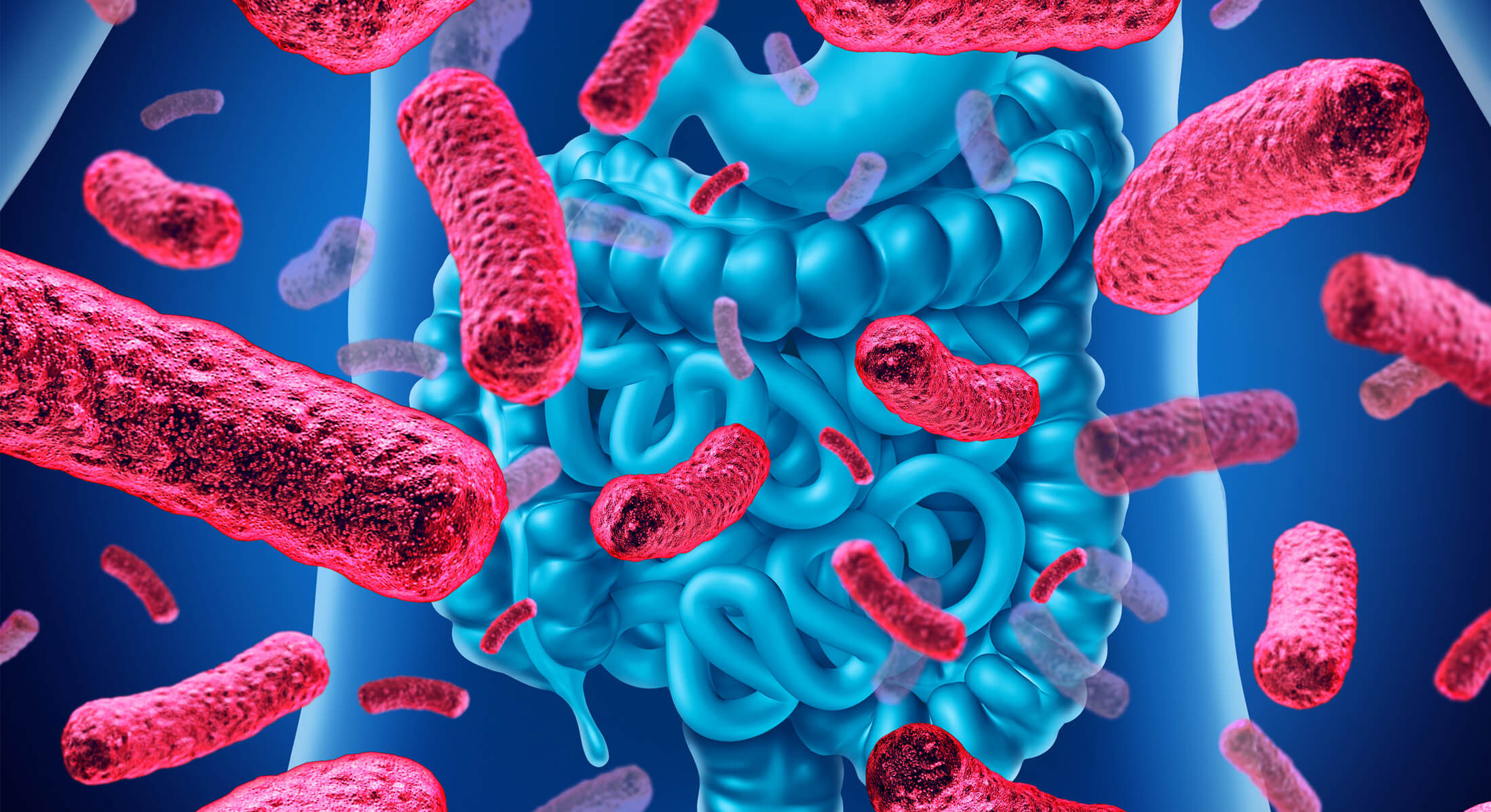 A bacterium as an endurance enhancer

Research has shown that athletes have a distinct microbiome, enriched in certain microbial groups. A research team from Joslin Diabetes Center in Boston and Harvard Medical School tried to pinpoint exactly which species might make a difference, and the results of the study were published in Nature Medicine.

The researchers studied the microbiome of 15 runners participating in Boston Marathon and 10 non-runners as a control group. One particular bacterium, Veillonella atypica, showed an increase in abundance in the days after the race as compared to the ones before.

But is there any correlation between the presence of this microbe and enhanced performance? The researchers transplanted Veillonella in the gut of mice. These individuals showed a strong 13 percent increase in endurance compared to the control group.

The scientists have a hypothesis why this happens. During exercise, muscles consume glucose and produce lactate. Lactate is metabolized in the liver to glucose, which can be used again as an energy source for working muscles. Veillonella, when present in the gut, can metabolize lactate to short-chain fatty acids, which may be improving endurance via an unknown mechanism. This way, the gut becomes a metabolic sink for lactate, which accumulates after strenuous exercise.

Following the findings of the study, one could speculate that if we transplant Veillonella to humans we can increase their performance. And by performing more studies in different groups, we can pinpoint other bacteria that can enhance other aspects of athletic performance. Is this possible to implement?

Jonathan Scheiman, the first author of the study, certainly thinks so. Together with George Church and colleagues from the Wyss Institute they founded FitBiotics. The company aims to identify and commercialize performance-enhancing microbes in the form of probiotics.

The more we learn about the role of the microbiome, the more applications will become apparent. The idea of using a microbe to treat a condition was shown last year when Synlogic, another Boston-based company, announced the use of probiotic as a treatment for phenylketonuria. Phenylketonuria patients cannot metabolize the amino acid phenylalanine, and thus they practically cannot eat any non-medicinal food. The Synlogic researchers modified Escherichia coli Nissle, a bacterium naturally occurring in the human microbiome, to break down phenylalanine in the gut before it damages the patient.

The idea of using probiotics as medicine is gaining traction. The Danish company SNIPR BIOME, the French company Eligo Bioscience, and the North Carolina-based Locus Biosciences all have similar aims: to treat diseases by modifying the human microbiome, using synthetic biology tools. 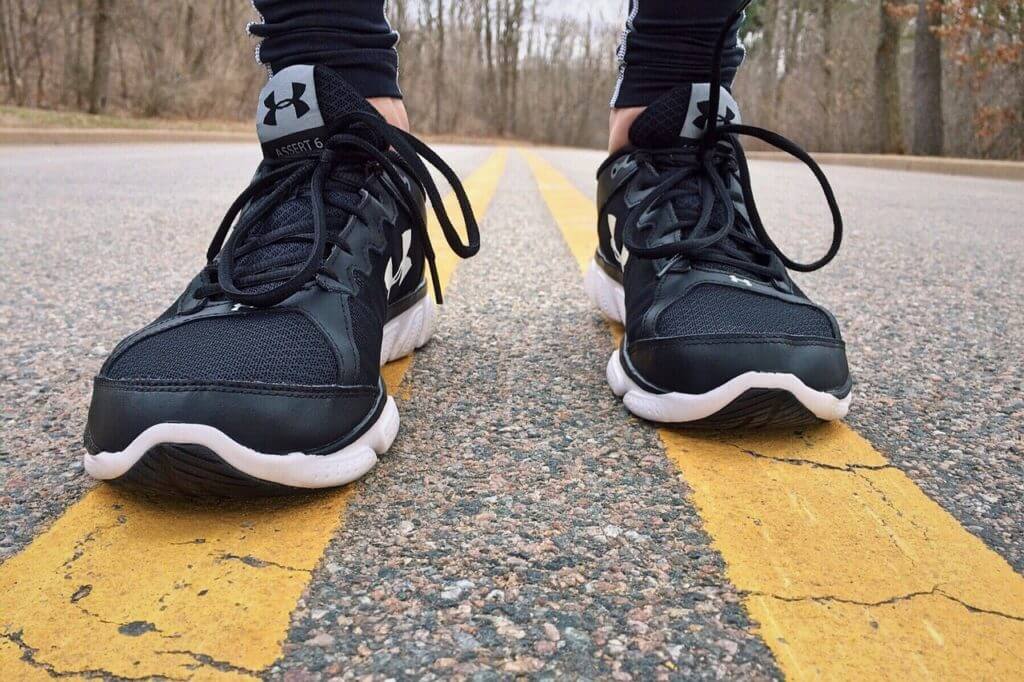 Can a probiotic turn you into an elite athlete?

The short answer is probably no. A single probiotic will not transform an average person into an athlete. What was shown is that Veillonella is associated with increased endurance. The microbes were isolated from a small sample of people, quite limited geographically. The causation effect and the performance improvement were shown in mice and might not be transferable to humans.

It is possible that favoring a certain microbe may enhance a particular aspect of athletic performance, but this will probably be specific for a person or a population group. Such an application would have to overcome technical challenges and take into account potential side-effects. It would be also worth considering the ethical implications – could this be a new way of doping? Such misuses would add more complications to competitive sports, already troubled with performance enhancement-substance abuse.

However, the research field is exciting and the science is still new. In a future where personalized medicine becomes more and more prevalent, the microbiome cannot be left out of the picture. After all, if altering or enhancing the microbiome works in medicine, why not use the benefits of this technology in our everyday lives?