Steven Cerier | August 6, 2019
This article or excerpt is included in the GLP’s daily curated selection of ideologically diverse news, opinion and analysis of biotechnology innovation.

For nearly 25 years, an alliance of high-profile environmental groups and organic food proponents have waged an effective scare campaign against transgenic (GMO) crops. Foods derived from these crops, the public was told, could cause food allergies, sterility, liver problems and even cancer. A 2016 report by the US National Academy of Sciences conclusively debunked such speculation, finding there is “no substantiated evidence of a difference in risks to human health between current commercially available [GMO] crops and conventionally bred crops.” Today, more than 280 scientific institutions around the world maintain that GMO crops don’t present a unique health risk to humans.

[Editor’s note: This article is part one of a four-part series on the organic food industry’s reaction to the introduction of gene-edited crops. Read part two, part three and part four.]

With the advent of gene-editing techniques — CRISPR-Cas9 being the best known — the social and political controversy surrounding agricultural biotechnology has shifted in recent years. These new breeding techniques (NBTs) allow scientists to develop crops that are more nutritious or possess useful traits like disease-, drought- and blemish- resistance, without inserting DNA from other species. 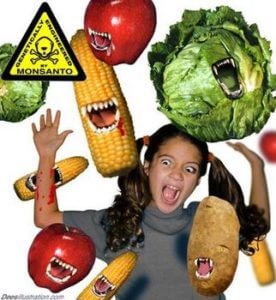 Since the anti-GMO movement’s chief complaint about transgenic crops was that they contained “foreign DNA,” you might think activists would be ecstatic about this development. But that’s not the case. Anti-GMO campaigners have attacked new breeding techniques as fervently as they did genetically modified crops, alleging these next-generation plant breeding tools are just “GMO 2.0” and pose a threat to human health and the environment. Opponents of NBTs have been particularly successful in the European Union (EU), which has effectively banned the cultivation of gene-edited crops — though some regulators and most scientists are lobbying to change the regulations.

By trying to lump genetic modification and gene editing into the same amorphous category, anti-GMO activists have exposed the inconsistent nature of their ideological movement and are trying to stifle technology that is advancing sustainable farming.

The EU’s stringent stance on crop gene editing, though a serious blow to scientific progress, is the exception to the rule, as most developed countries—including Canada, Australia, Argentina and the US—have concluded that NBTs should not be regulated as strictly as GMO crops. The reason for this light regulatory approach, according to the US Department of Agriculture (USDA), is that gene-edited crops:

…. are indistinguishable from those developed through traditional breeding methods. The newest of these methods, such as genome editing, expand traditional plant breeding tools because they can introduce new plant traits more quickly and precisely, potentially saving years or even decades in bringing needed new varieties to farmers.

The fact that gene editing is essentially accelerated plant breeding (and EU regulators can’t distinguish gene-edited and traditionally bred crops) doesn’t seem to matter to many organic proponents, who are using the same playbook to attack gene-edited crops they utilized to demonize GMOs. They suggest, usually without evidence, that gene editing poses some unanticipated threat, leaving the reader to fill in the gaps. The organic industry-funded Center for Food Safety (CFS) rehashed this decades-old argument to attack CRISPR-edited corn in a recent blog post:

Despite growing concerns about the possible impacts of synthetic biology organisms on human health and the environment and a lack of independent safety assessment, the U.S. Food and Drug Administration has allowed …. DuPont’s CRISPR waxy corn and other similarly created food and cosmetic ingredients to enter the market without regulation.

Such arguments rely on carefully selected, often preliminary studies, while ignoring the overwhelming research addressing safety and environmental concerns about gene-editing. Nonetheless, CFS is not alone. The National Organic Coalition (NOC), whose membership includes prominent anti-GMO groups Beyond Pesticides, Consumers Union and indeed CFS, has likewise said it firmly opposes the use of gene editing, what it calls “next generation GMOs“:

Genetic Engineering and Genetic Modification Organisms are not a part of organic production. NOC is currently advocating to clarify the prohibition for next generation GMOs in organic production and we are advocating for transparent labeling of genetically engineered crops.

On their own terms, such fear-based arguments are unimpressive. But there’s a bigger problem with the organic movement’s opposition to GMO and gene-edited crops. The same biotech tools that can be used to develop disease-resistant plants also have important biomedical applications, yet the anti-GMO machine doesn’t seem too concerned about these. Some activist groups, like Organic Consumers Association and Moms Across America, reject vaccines. By and large, though, the anti-biotech campaigners have been careful to avoid discussing biomedicine.

The Sierra Club, though referring to CRISPR as “a weapon of mass destruction,” has made it clear that it has no issue with biotechnology in medicine. “We call for a ban on the planting of all genetically engineered crops, the group’s biotechnology position statement reads. However, “[o]ur policy is not intended to be applied to biomedical applications.” There’s a good reason for this inconsistent opposition. The medical applications of biotechnology have had a visible impact on public health, and consumers haven’t opposed them as a result. The anti-GMO activists were forced to abandon their early attack on medical biotech applications because of these treatments dramatically improved people’s lives.

In the 1970s, for instance, diabetics faced the looming threat of an insulin shortage. They don’t today because the drug is mass produced with the help of genetically modified bacteria, which ensures a steady supply. A similarly inspiring story can be told about life-saving vaccines. The Ebola vaccine being used to contain the infectious disease in the Democratic Republic of the Congo and the HPV vaccine, which could potentially eradicate cervical cancer, are also excellent examples of genetically engineered pharmaceuticals whose impact can’t be dismissed.

Why crop biotech became the bogeyman

Despite their inconsistency, organic activists have successfully attacked agricultural biotechnology because it primarily benefits farmers, in the form of higher crop yields and lower production costs. And since the public knows next to nothing about farming, anti-GMO groups were able to sell consumers on the idea that biotech crops are not “natural” and thus harmful in some way. What they have ignored or failed to grasp is that there is nothing natural about farming. As Maarten Chrispeels, Distinguished Professor Emeritus at the University of California, San Diego, has pointed out: 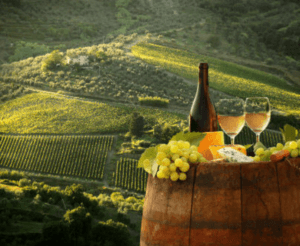 An agricultural landscape may look attractive – a vineyard in the San Diego backcountry for example, or a sunflower field in full bloom in the Provence in France – but its creation required the complete destruction of the natural ecosystem and its replacement by an agricultural ecosystem. Further, to grow so many of the same plants in one field while at the same time suppressing the growth of other plants – in this case, weeds – is not natural.

The simple fact is that none of the foods we consume are natural: They all have been developed through centuries of plant breeding. Seedless grapes and watermelons are completely unnatural products. In their original state, wild papayas were round and the size of a plum, while the antecedents of watermelon were hard, bitter and pale green in color. In one form or another, humankind has been genetically engineering food for thousands of years. Without such manipulation, we would never have been able to produce the dazzling variety of foods we consume today. Thanks to gene editing, we now have the means to speed up the process.

A few new gene-edited crops are already on the market, such as the healthier soybean developed by Minnesota biotech firm Calyxt. This gene-edited crop can be used to produce soybean oil with fewer saturated fats and zero trans fats. Oil from the soybeans is being sold to some restaurants, while Calyxt works to develop disease-resistant and high-fiber varieties of wheat, blight-resistant potatoes and drought-tolerant soybeans. Cibus, another firm whose specialty is gene-edited crops, has produced a herbicide-tolerant, ultra-high oleic canola, which it has licensed to Valley Oils Partners. Allan Yeap, President of Valley Oils Partners, said of the edited canola:

The oil produced from the ultra-high oleic canola is unique and has exceptional properties making it desirable for use in wide range of applications, including food production, animal feed, restaurant food frying and as a bio-renewable bio-degradable hydraulic oil for trucks and machinery.

The debate over CRISPR and other new breeding techniques isn’t merely an academic exercise. If the more radical voices in the organic food movement are successful in further restricting gene editing, they could do great harm to global food production. Climate change and a growing global population represent major threats to food security. As the World Resources Institute argued in its recent report, GMO and gene-edited crops are essential tools if we are going to overcome these challenges.

If the organic food movement wishes to deny itself the benefits that come with embracing modern biotechnology (a subject we’ll examine in part two of this series), no one can stand in the way. What is unconscionable, however, is the organic movement’s effort to spread falsehoods about genetic engineering and stifle agricultural productivity along the way. Many organic food proponents have learned the age-old lesson that it is easier to scare people than it is to reassure them. We will all be the losers if they succeed in turning the public away from technologies that could revolutionize agriculture.