Tired all the time? Searching for genetic links to chronic fatigue syndrome

Yawning can be highly contagious. And we are all familiar with that post-lunch energy letdown that comes after eating a big meal. That one is influenced both by our circadian rhythm and the consumption of lots of carbohydrates (some tips to fight it here). But these are the struggles with fatigue and exhaustion that everyone deals with. And they are far different from the energy-sapping experiences experienced by people with chronic fatigue syndrome.

Is your fatigue the ‘chronic’ kind?

Because there is no formal, agreed-upon name for the spectrum of issues this condition presents, the name myalgic encephalomyelitis (or ME) is more commonly used in Europe and Canada, while the name chronic fatigue syndrome (or CFS) is used more often in the United States and Australia. In order to develop a harmonized language to help with focusing resources to treat it, the acronym ME/CFS is increasingly being used worldwide. The National Institutes of Health Office of Disease Prevention describes ME/CFS as “a complex, multifaceted disorder characterized by extreme fatigue and a host of other symptoms that can worsen after physical or mental activity, but do not improve with rest.” There are about 1 million people in the US afflicted with the condition, according to estimates by the Centers for Disease Control and Prevention (CDC). Women appear to be slightly more likely to have it. However, there are problems with assessing true diagnoses because of variability from patient to patient.

It has been difficult to pin down the underlying mechanisms that cause ME/CFS. Clinically speaking, some believe it’s a central nervous system disorder, while others believe it’s metabolic, many have considered it to be infectious or post-infectious, or perhaps an immune dysregulation disorder. Some have also been proposing that ME/CFS is psychological or physiopsychological. There are no laboratory tests available to definitively identify and diagnose ME/CFS. So diagnosis is a process of exclusion (ruling-out various other diseases, and therefore being left with ME/CFS as a possibility).

There are no drug therapies approved by the U.S. Food and Drug Administration (FDA) to treat the condition, though there have been some promising early-stage trials of drugs under development.

Some new theories suggest that indeed, there are metabolic shifts and physiological causes for ME/CFS. These include theories that the sufferers’ metabolism of sugars and amino acids is compromised, leading to a host of physical effects. A lot of this seems to be focused squarely on how pyruvate dehydrogenase (PDH) functions normally versus in someone with ME/CFS. PDH is crucial for moving carbohydrates (energy) into cell mitochondria, and in some people with diagnosed ME/CFS there appear to be dysfunctional levels of PDH. 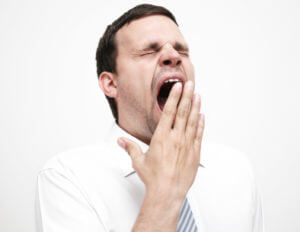 Related article:  Bioweapons research gets quiet OK from National Institutes of Health: Here's why that could be 'horrific'

It seems that blood levels of certain enzymes that deactivate PDH were higher in some people diagnosed with ME/CFS, along with deficits in certain amino acids that can be used for fuel as a proxy for carbohydrates. There are gender differences, though, in the prevalence of ME/CFS, as well as in sugar and amino acid metabolism between males and females, which confound some of the blood tests looking to link amino acid discrepancies definitively with ME/CFS. The interesting coincidence is that those with ME/CFS complain of severe fatigue, and also muscle soreness, which could be caused by compromised sugar metabolism as well as lactate levels increasing due to using amino acids for cellular energy. Whether this is a causal relationship or a happy coincidence with the new theory is unknown.

In a couple of very small studies (mostly by the same research group), patients suffering with ME/CFS were given a monoclonal antibody drug typically used for lymphoma (cancer) and rheumatoid arthritis. The drug seemed to eliminate symptoms of ME/CFS in a majority of the groups. The drug works by destroying antibody-producing B-cells, which may be at the locus of the enzymatic interference with PDH and other carbohydrate-metabolism pathways. It could be that there’s cross-reactivity with the antibodies and some component of PDH, which causes the interaction. This could offer hope for new treatment options by way of a drug that modulates the immune system.

One thing’s for sure, ME/CFS won’t be resolved without a complex and multivariate approach to tease apart its causes and develop effective and targeted solutions. Even if some of these preliminary studies lead to dead ends or dark alleys, those still provide information to us – a ‘null’ result is still a result and tells us a lot. It also ensures we don’t retread ineffective approaches and over time can narrow our focus on what really matters for developing effective treatments.

Ben Locwin is a behavioral neuroscientist and astrophysicist with a masters in business, and a researcher on the genetics of human disease. Follow him on Twitter @BenLocwin

This article previously appeared on the GLP on June 14, 2017.